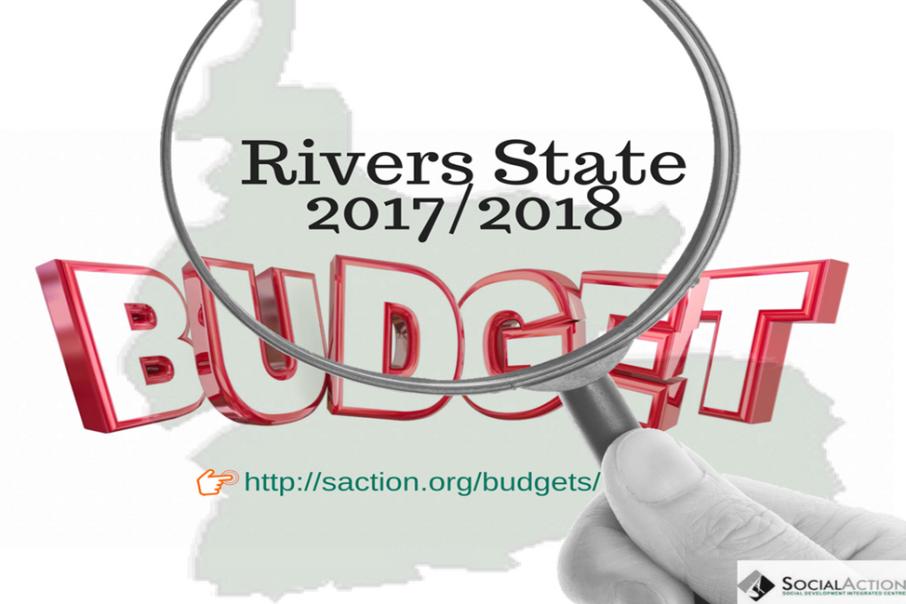 In a feat that marks the triumph of the rights and will of citizens, Social Action Nigeria has obtained and published the budget of the Rivers State Government for the 2017 and 2018 fiscal years on its website.

This breakthrough is coming on the heels of years of secrecy following the emergence of the administration of Governor Ezenwo Nyesom Wike in 2015. Since then, the government in the state refused to make its annual budgets public but instead carried on with the business of governance with expenditure figures unknown to residents and taxpayers. To this end, participatory governance became relegated to irrelevance even as accountability and transparency suffered a similar fate. Budget secrecy in Rivers State was sustained even at a time governments at all levels across the country were embracing Open Government Partnership (OGP).

Several well-meaning groups and individuals had variously requested and appealed to the Rivers State government to tow the path of reason and transparency by disclosing its budgets in line with the basic tenets of democratic governance. These requests and appeals had all been met with rebuff, and thus participatory governance, as well as transparency and accountability, suffered significant setbacks in the state.

The result of the opaque arrangement for public budgeting meant that citizens and civic groups could neither effectively monitor government activities nor track sectoral developments in the state as the most critical tool for doing so, the budget, was held secret and unavailable.

With the recent breakthrough, therefore, citizens, civic groups and the public can henceforth pick up tempo and deepen government-civic engagements, as well as transparency and accountability, works to ensure good governance, as the budget is now available for public access and use at http://saction.org/budgets/.