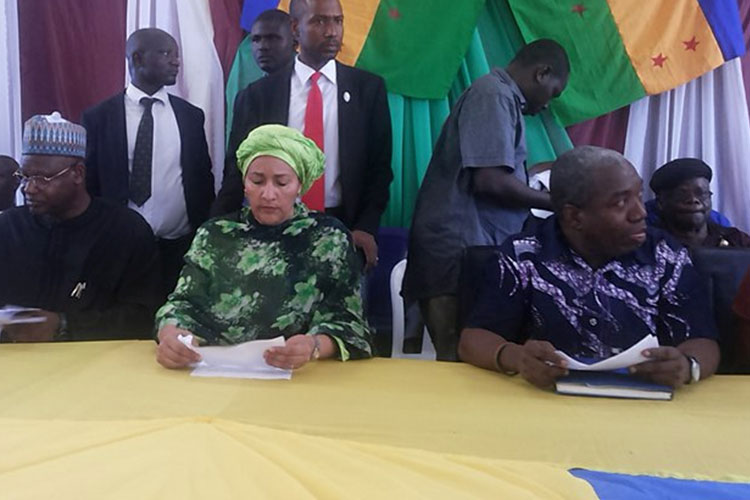 Indications emerged that the Nigerian government may finally kickstart the implementation of the United Nations Environmental Programme (UNEP) Report on Ogoniland, five years after it was released.
Minister of Environment, Ms Amina Mohammed who gave this hint March 4, 2016 in Bori, Ogoni, when she led a delegation of the federal government to a stakeholders consultative meeting at the Ken Saro-Wiwa Peace and Freedom Centre, Bori in Rivers State, stated that government was under local and international pressure to implement the recommendations of the report. According to the Environment Minister, “Two weeks ago, the man who submitted the report to the government of Nigeria reminded me that they are still waiting for the implementation of the report. So this is not just a Nigerian issue, it is an international issue…”.
The United Nations Environmental Programme (UNEP) had in 2006 following allegations of widespread environmental degradation by Shell, carried out an assessment of parts of the Ogoni environment and found massive and profound pollution of both the Ogoni land and water bodies and recommended far-reaching remediation measures to which the Nigerian government has remained aloof.
Several groups including rights bodies, community groups, civil society organizations etc have since mounted the campaign for the implementation of the report.