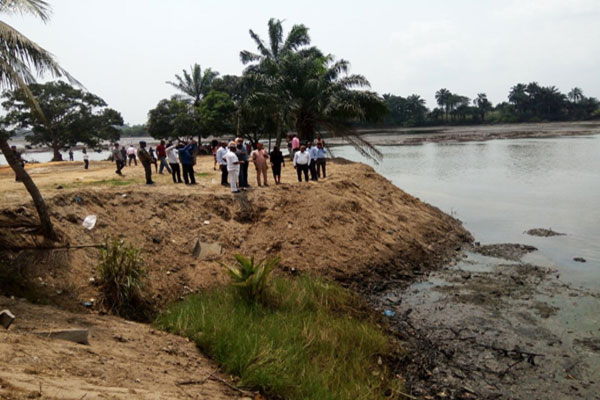 Social Action’s monitoring of Ogoni communities in the Gokana, Tai, Eleme and Khana Local Government Areas in Rivers State in first quarter 2018 revealed that the actual clean-up of polluted sites has not yet started. The delay is continuing seven years after the release of the United Nations Environmental Programme (UNEP) Report on the Environmental Assessment of Ogoniland, and two years after the flag-off of the clean-up by the federal government in 2016. Our monitoring in Ogoniland also shows that the Hydrocarbon Pollution Remediation Project (HYPREP), an agency set up by the Federal Government for cleanup is yet to award contracts for the implementation of emergency measures since the advertisement for the expression of interest by qualified companies in 2017. Thus, the Ogoni people are still without clean drinking water, health audit and other emergency measures recommended by UNEP in 2011.
Field investigations also indicate that some companies are still on sites in Tai and Eleme carrying out clean-up demonstrations and testing of cleanup technologies. However, in the Gokana area, the Bodo special cleanup exercise being undertaken by Shell, as part of the 2015 out-of-court settlement with communities that sued the company in London, UK, is still ongoing. Visible improvement has been achieved in the Bodo clean-up as visits to the Patrick Waterside showed that most of the black crude that was seen on the water had been cleaned up. However, Social Action could not scientifically test water quality.
Social Action was part of a team of NGOs and diplomats (including Norwegian and German ambassadors to Nigeria) that visited Ogoniland during the first quarter of 2018. Areas visited included a cleanup demonstration site in Nsisioken Ogale operated by Osprey Spill Control Nigeria Ltd. 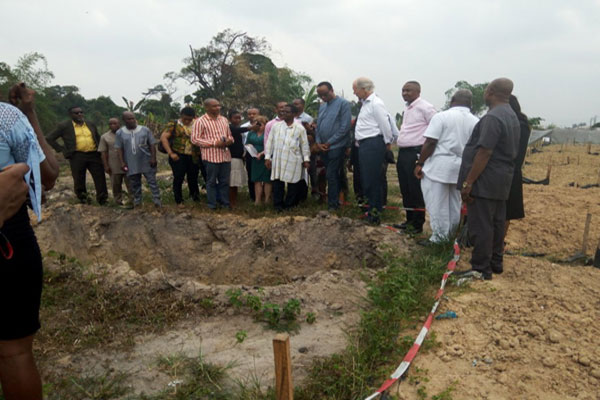 During meetings with the HYPREP National Coordinator, Dr. Marvin Dekil, the agency announced that companies had been invited to bid for the actual clean-up of Ogoniland despite the fact that earlier applications for emergency measures have not been approved.