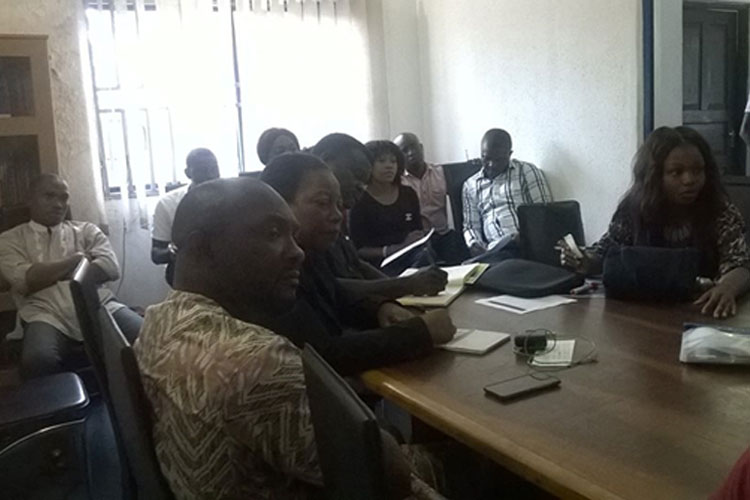 The Open Budget Week 2017 of Social Action included activities aimed at educating the citizens on the need to support the call on the state governments in the Niger Delta to ingrain an open budget culture and enshrine the practice of citizens participation in all the phases of the budget cycle. The week-long budget advocacy campaign was targeted on the one hand at ensuring that citizens become interested in fiscal issues while pressuring subnational governments to become more engaging, transparent and accountable in the management of public resources.

SMS BLAST
Activities kicked off on Tuesday 5th of December, 2017 with SMS blast, an SMS driven campaign targeted at randomly selected phone subscribers in Delta, Edo, Bayelsa, Akwa Ibom and Rivers States. The purpose is to mobilise the people on the need to demand the budgets to be proactively made open and available to the public at no cost. The SMS blast ran from 5th to 9th of December 2017. The messages also included a call to action which requested recipients to text YES to a designated number for follow up and feedback

RADIO ENGAGEMENT AND CALL-IN PROGRAMME
Members of the campaign team featured in three radio stations, including, Today FM (95.1), DON FM (93.7) and Wave FM (91.7) Port Harcourt in audience participatory call-in programmes on the theme of open budgets. It was a unique opportunity for the team to call for citizens to be involved in the budget process and to the government to put the interest of the people first by including them in the budget and governance process in the state. The emphasis in the Open Budget Week was placed in River State because as it is the only state yet to make the budgets (from 2015 to 2017) available to the public.

Governor Nyesom Wike of Rivers State had not only refused to put the 2016 and 2017 budget in the open space in spite of his pre-election promise to do so, but has also gone ahead to remove the 2015 budget posted on the state website by the preceding administration.

Majority of the respondents to the programme supported the motion and used the opportunity to express their support for the campaign and call for the governments to make the budget and other fiscal and financial document open and accessible by the citizens.

TWITTER AND FACEBOOK CONFERENCE
There was a Twitter and Facebook Campaign targeted at the young twitter citizens community on budgets and fiscal governance to build the capacity and interest of citizens to engage in fiscal governance through understanding the legal frameworks that provide for it.

MEDIA AND CSO ROUNDTABLE
While speaking on a welcome note at the roundtable organised as a media CSO pally, Ken Henshaw decried the dogged posture of Rivers State government to perpetuate the concealment of the budget, which is supposed to be a public document. He berated the government for treating the budget document with utmost secrecy, a situation which has prevented its citizens from full participation in governance and depriving them of their rites as citizens to make their inputs in governance.

The conference tagged ‘Tracking Corruption through the budget’ debated on the way forward on pressurising the state government to publishing its budgets. The meeting concluded on actions, including to embark on a massive Twitter and Facebook campaigns to compel the state government to comply with the provisions of the law with regards to making the budget available to the public. In the coming year, actions will continue to get the government of Rivers State and the other states of the Niger Delta to create enabling mechanisms to harness the wishes of the people and reflecting them in the budget document through the proper budgeting preparation process.

OPEN BUDGET RALLY
The Open Budget Week capped up in a zing note with a rally organised by Social Action with several Civil Society Organisations, pressure groups students and business people in the state participating.