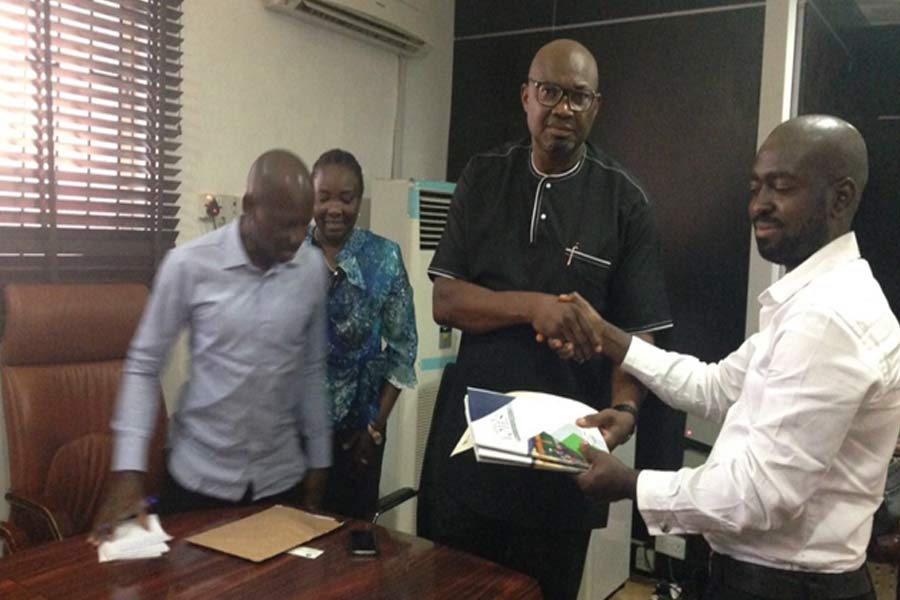 The Social Action Open Budget cluster has commended the government of Delta state for takings steps towards greater transparency and accountability in its fiscal processes. The commendation was made during a courtesy call on the Delta state Commissioner for Economic Planning Dr. Kingsley Emu for responding to Social Action’s demand for Open Budget and accessible budgets. Following sustained campaigns including Freedom of Information requests, the Delta state government in August 2016 became open with the state budget and placed it on the state official website. At the meeting, Ekpere Prince, Public Finance Accountability Project Officer of Social Action reminded the Commissioner that his action was a departure from a tradition of budget secrecy which had been the established practice in Delta state for the last 10 years. Mr. Prince also used the opportunity to present the Commissioner with Social Action’s 2015 budget monitoring and analyses findings for Delta state.
In his response, the Commissioner promised to keep the fiscal affairs of Delta state open while ensuring that other aspects of Open Budget processes are gradually entrenched. He equally promised that the state will make it a tradition to put its annual budget online, emphasizing that the practice had come to stay.