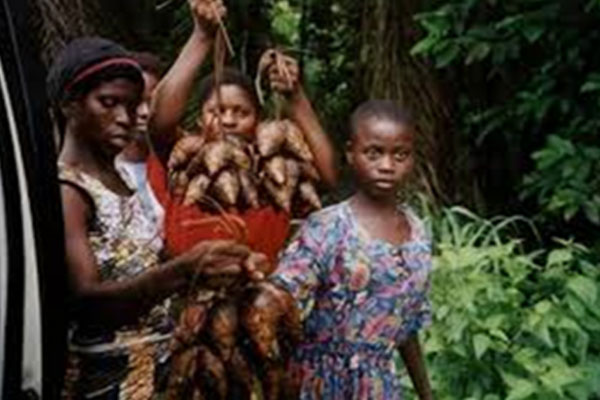 By Ndidi P. Anih and Fyneface D. Fyneface
The descriptive name of the scheme, Reducing Emissions from Deforestation and Forest Degradation (REDD+) hides issues such as whether women were involved in the initial decision making on whether or not the scheme should be implemented in their villages, especially in Cross Rivers State, Nigeria. Here, most women indicated that they did not know about these matters. For those who did know, they said they were not invited to meetings when those decisions were made.
Women were utterly marginalized in the consultative process that led to the decision to embrace REDD by the government. Women input in the decision-making process was never entertained resulting in women’s voice not being heard. They were never recognised as critical stakeholders in policy-making and implementation process of REDD+ in Cross River State. The result of is that REDD+, rather than providing the intending benefits has led to deprivation and loss of livelihood by the most vulnerable segment of the communities.
REDD+ as a programme of the United Nations is a collaborative initiative focusing on the reduction of greenhouse gas emissions from forest degradation and deforestation in developing countries. REDD+ includes the protection of forests to enhance the role of forests as storage of carbon dioxide (CO2).
Climate change mitigation is to reduce the release of greenhouse gas emission from the atmosphere and storing it in biomass and soils. This implies that when forests are cleared or degraded, they can become a source of greenhouse gas (GHG) emissions. Forests contain significant portion of carbon. When the forest is destroyed carbon dioxide is released, resulting in increased atmospheric CO2 concentration, which contributes to global warming. It is estimated that globally, deforestation and forest degradation account for around 11 percent of CO2 emissions. REDD+ was created to encourage developing countries to contribute to climate change mitigation efforts by i) reducing greenhouse gas emissions (GHG) either by slowing, halting and reversing forest loss and degradation; and ii) increasing removal of GHGs from the earth’s atmosphere through the conservation, management and expansion of forests. 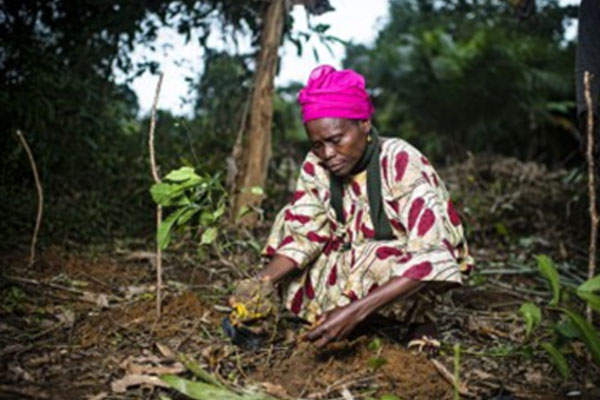 The attraction for developing country governments is the financial compensation for those that set aside forests for the REDD+ scheme. It is not surprising then that REDD+ is one of the international initiatives adopted by the Nigerian government to reverse deforestation trend.
Meanwhile, the implementation the REDD+ programme in Cross River State, Nigeria has been observed to impact men and women differently. These observations were made during several community consultations, town hall meetings, research, interviews, interactions during the Social Action Climate School and other activities organised by Social Action at both the local and state levels between 2012 and 2017 in Cross River State.
Before the introduction of REDD+ in Cross River State in 2009, there was already a pioneering community forest conservation efforts in the Ekuri cluster, Afi/Mbe Mountain and the Mangrove Forest Zone. Thus Cross River State was on the menu as a possible carbon trading zone in Nigeria. The REDD+ Readiness Phase of the programme implied preparing the communities and people including women through consultations and town hall meetings as part of free, prior and informed consent (FPIC) conditionality which gives the people the opportunity in the decision-making process to either accept or reject REDD+. However, Social Action observed that consultation was poorly organized. Forest-dependent communities were presented with fait accompli with no possibility to say no. Women participation in these processes were limited due to socio-cultural realities.
Thus, Women in these forest communities are made to obey decisions that they were never part of formulating. They are one of the vulnerable groups in the communities who are hardly motivated and mobilised for participation in such activities leading to decisions that would be binding on them. Majority of the women that we interacted with said they were not invited to important meetings where REDD implementation issues are discussed and decisions reached. Besides, others also said they do not know about the REDD while the knowledge of a few of them about REDD+ is limited to two words, “carbon Credit”.
During one of the town hall meetings by Social Action in Old Ekuri, an area where Cross River Forestry Commission had supposedly completed FPIC activities on REDD+, a woman, Glory Okon remarked in her local language that,“we the women are not carried along. We only hear about carbon credit when the men are saying it. I did not know more than that about REDD till now that you people are saying it. Is REDD the same thing as the carbon credit?”
The negative impact of REDD+ implementation on the forest-dependent women was compounded when in 2011, the government of Cross River State strengthened its moratorium on logging declared in 2008. The government created a militarised Anti-Deforestation Task Force to enforce the ban and prevented people from accessing the forest for any purpose whatsoever. This implies that community rights to forest resources are threatened, and the women see red as they are not also allowed access to the forests for livelihoods and sustenance. For instance, community women who depend on forest resources such fuel (firewood), food, medicinal herbs, bush mangoes and vegetables including the Afang and Editan leave among others had their access to the forest restricted vis-à-vis these resources without providing alternative for them. These points are included in the report by Social Action, Seeing REDD: Communities, Forests and Carbon Trading in Nigeria. The implementation REDD+ therefore without discussions around alternative means of sustenance especially those of the women would be counterproductive as is it amounts to a direct attack on their tradition, culture, livelihoods, social and economic rights.
While acknowledging the fact that the UN-REDD programme was not designed to affect women negatively, it is worthy of note that these relative deprivations have retrogressive tendencies and further illuminate the poverty and frustration among women in these communities. The women in these communities are born conservationists comm activities can hardly affect the forest reserves earmarked for REDD+ implementation in Cross River State. Therefore, they must be allowed unhindered access and availed the opportunity of full participation in the decision making processes on forest and REDD+ issues. Conclusively, the marginalisation of women who are critical stakeholders in the REDD+ implementation process must be halted and opportunities provided for their voices to be heard.