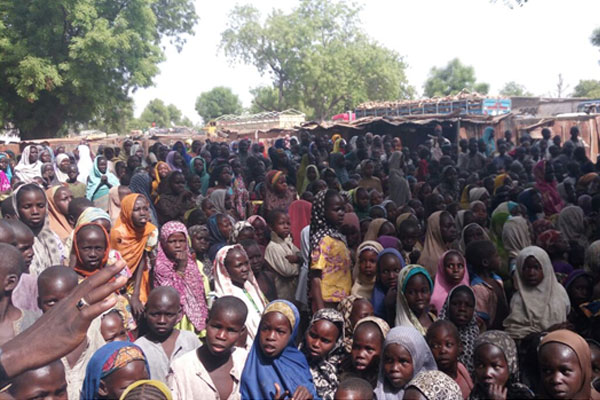 With the Sahel region of Nigeria experiencing some of the worst forms of poverty and violence in the world, a roundtable conference organised by Social Development Integrated Centre (Social Action) will contribute to promoting awareness about the urgency of the ecological and development issues that provide a background to the crises. Academics, civil society actors, representatives of government agencies, pastoral and farming communities will meet in Abuja, the federal capital on 29 November 2016 to share insight and experiences on the theme of the conference: Addressing the Crisis of the Sahel and the Lake Chad Basin: Developing a Pan-Nigerian Civil Society Agenda.

In the north-east of the country, Boko Haram terrorist insurgency has resulted in the death of an estimated quarter of a million people, mostly innocent residents of communities in the Lake Chad Basin. Thousands of women and young girls have been abducted and serially raped during months in captivity. The conflict has displaced More than three million people – most of them are women and children. Within the communities and camps where internally displaced people are sheltered, food shortages have escalated into one of the worst humanitarian disasters in the world.

The location of Boko Haram violence is also the site of a major but mostly ignored ecological disaster. Indeed, global warming resulted in increased incidences of drought and desertification throughout the African Sahel. Within Nigeria, the ecological problems of the Sahel region (including the arid and semi-arid agro-ecological settings and surroundings areas) are an underlying cause of loss of livelihoods, poverty, migrations and ethnic and sectarian violence. While all parts of the Sahel experience these trials – in varying degrees, the Lake Chad Basin and more generalised incidences of killings involving herdsmen and farming communities, serve as worst examples of the multifaceted crisis.

Since the early 1960s, the lake has shrunk to nearly a twentieth of its original size, according to the United Nations Environment Programme (UNEP). During dry seasons, the lake completely vanishes from the Nigerian territory. The droughts that created water scarcity in the Sahel put pressure on national political leaders to develop dam and irrigation projects. Ironically, some of the badly conceived and multilaterally funded irrigation projects further contributed to robbing the Lake Chad of water supply. The result is that the Lake Chad and its basin, which used to support fishing, crop planting and animal grazing for communities in Nigeria, Niger, Chad and Cameroon has lost its ability to supply life on a large scale.

With the Nigerian armed forces making advances against Boko Haram, the government is supported by international emergency relief and humanitarian organisations to provide food, medicine and other supplies to victims. However, international donor and local financial commitments to humanitarian efforts remain far below what is needed. Within Nigeria, apart from igniting emotive political discussions in the public sphere, the response by groups and individuals to immediate humanitarian needs of the area remains poor. International discourses, including pleas by the Nigerian government for aid, do not make adequate references to climate change impacts and responsibilities of developed countries concerning funding longer term adaptation measures, which are needed for sustained rehabilitation and resettlement of victims.

The increasing incidences of violent clashes between herdsmen and farming communities is a dangerous manifestation of the crisis. These clashes were initially mostly limited to areas of the middle belt of Nigeria. In recent times, however, the clashes have fast spread to other parts of Nigeria, demonstrating that pastoral system dynamics can go beyond their primary settings. There have been reports of massacres in the south-east and incidences in south-south, south-west, as the herdsmen push their cattle further down south (from the north) in search of grazing pastures for their herds (following shrinking grazing fields lost to climate change’s drought and desertification).

The Nigerian state is faced with the challenge of developing the legislative, policy and institutional framework to protect the livelihoods of pastoralists and farming communities alike. Legislative and policy options under consideration include the politically divisive grazing routes and grazing reserves and importation of grass for ranches. What is lacking in civil society consensus on the urgency of the crisis and the shared understanding of the need for fair and efficient solutions that contributes to peace building and national development goals.

Conference Details:
The Roundtable Conference is organised by Social Development Integrated Centre (Social Action) in collaboration with Development and Peace-Caritas Canada (DevP). The meeting is initiated in the context of ongoing research by Social Action on the links between climate change and violence in the Lake Chad Basin, and other efforts by DevP partners in Nigeria to promote sustainable food production and peace building in the Sahel region of Nigeria. While recognising the role of several other initiatives and actors in efforts to address the myriad ecological and socio-economic challenges confronting the populations of Sahel region in Nigeria, this meeting will bring some of the key civil society actors together. The meeting will provide a space for open conversations that would lead to common understandings of the immediate problems, underlying causes and ongoing initiatives by the state and non-state actors to address the challenges. As such the meeting would serve as an early step towards the development of common analysis and a broad agenda for concerted action.

Objectives of the Roundtable Conference:
1. To learn and share information about different initiatives targeting the populations of the Sahel.
2. To identify immediate and underlying causes of poverty and conflict in the Sahel.
3. To begin the process of developing common analysis on causes and solutions to problems of the Sahel, and impacts on other parts of Nigeria and West Africa.
4. To examine frameworks for collaborative and cross-sectoral actions by civil society groups in Nigeria and international organisations.
Location and time:
Date: 29 November 2016
Time: 8:30AM – 4:00PM
Venue: Bolton White Hotel, Abuja, FCT, Nigeria