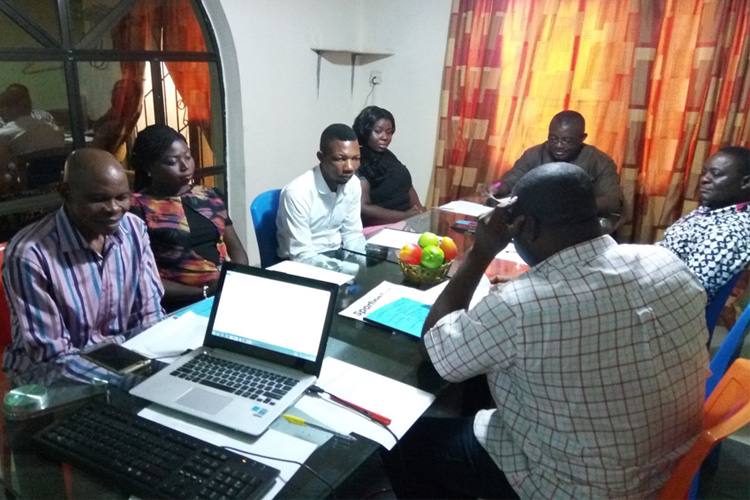 The leadership and representatives of communities in Cross River State affected by the United Nations programme, Reducing Emissions from Deforestation and Forest Degradation (REDD+) have called on the Cross River State government to stop further destruction of the Marina and other forests in the state in the name of new city (Calas Vegas) and Super Highway projects. The community representatives from Mbe Mountain, Ekuri and Mangrove Forest Zone stated this in a communique issued at the end of a meeting on REDD+ with a coalition of civil society organisations led by Social Action in Calabar, the Cross River State capital on September 14, 2017.

The community representatives and civil society organisations described the Cross River Super Highway project as currently conceived as a threat to conservation interests in the state which should be stopped or diverted entirely from the forest reserves.
The meeting observed that the destruction of the mangroves across Calabar Marina ostensibly to construct a new city (Calas Vegas) is in noncompliance with extant laws of the Federal Republic of Nigeria. Also speaking at the meeting, Odey Oyama, the Executive Director of Rainforest Resource Development Centre (RRDC) said the Environmental Impact Assessment (EIA) on the Super Highway project is incompetent as it was compiled without public participation and community consultations and inputs. Oyama further said “if the road is diverted as the government has been asked to do, a new EIA must be carried out and new map developed for the new route”. Odey Oyama also said his organisation together with Okuni community has filed an N5 billion suit against the State government for the destruction of their people’s cultural heritage, historical sites and sacred forests in the name of constructing Super Highway by the State Governor, Ben Ayade.
On his own part, the Coordinator of Ekuri Initiative, Michael Olory insisted that due process be followed on highway development. He stressed that the government should respect the first of the 22 conditions given by the Federal Ministry of Environment that Ekuri Forest should be avoided.
Also speaking at the event, the Chairman, Board of Trustees (BoT) of the Conservation Association of Mbe Mountain (CAMM), Chief James Achu raised an alarm over the destruction of their farmland by elephants habiting the Okwangwo division of the National Park and constituting threats to lives and properties in the mountain region. According to Chief James, the elephants have been destroying their farmlands and crops since 2012 and the most recent one being that of the first quart of 2017. Chief James said the farmers in the area are helpless and have written several letters to the Cross River National Park and other relevant authorities following the resumed massive destruction, but the authorities seem not to care as they have so far failed to address the problem.
In a related development, four civil society organisations have signed a Memorandum of Understanding signalling the formation of a coalition to partner and work together with communities affected by REDD+ and Super Highway project in Cross River State. Community representatives present at the event resolved to work together with the coalition set up in their interest to support the three clusters on REDD and Super High Way Project issues in Cross River State. The organisations that formed the coalition include Social Development Integrated Centre (Social Action). Rainforest Resource and Development Centre (RRDC), Green Concern for Development (GREENCODE) and Peace Point Action (PPA).