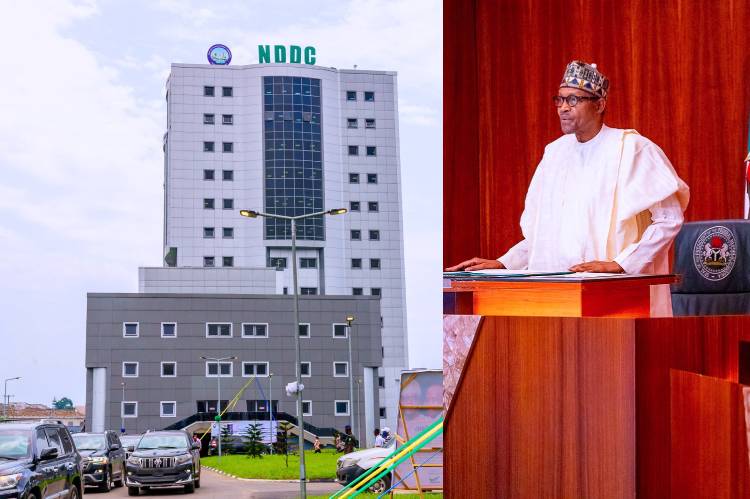 The Federal Government has directed all unexecuted contracts awarded by the Niger Delta Development Commission (NDDC), between 2000 and December 31, 2019 be revoked and beneficiary contractors that received mobilization to refund the all monies to NDDC accounts with the Central Bank of Nigeria, (CBN) according to report by Vanguard news, dated May 23rd, 2022. This was made known by the Commission’s Director of Corporate Affairs, Dr Ibitoye Abosede. According to him, this is in accordance with the Public Procurement Act and in line with the terms of the contracts for the award of the said projects.

Recall that in September 2021, the former Minister of the commission Senator Godswill Akpabio said the Forensic Audit Report of the NDDC indicated that there are over 13,000 NDDC projects abandoned within the Niger Delta, while many contractors absconded with funds meant for execution of projects in alliance with corrupt officials of the commission. This directive is coming barely a week after the Economic and Financial Crimes Commission, (EFCC), arrested former Speaker of the House of Representatives, Patricia Etteh and former Managing Director of the commission Nsima Ekere, for alleged embezzlement and misappropriation of funds meant for project execution in the Niger delta region.

While commending the directive of the Federal Government aimed at rooting out corruption in the Commission and recovering looted commonwealth of the people, we implore the government to go beyond making statements to issuing deadline for the repatriation of these monies and a penalty or course of action if they failed to comply. This will equally ensure public trust and rekindle the hope of the people of Niger delta in the government and put a stop to the criminal plundering that has taken place over the years unchecked. It is our hope that this effort will further support ongoing actions to make the Commission more efficient, responsive, and better positioned to deliver on its mandates to the Niger delta people.

Social Action is equally calling on the Federal Government to publish the Forensic Audit Report which was submitted since September 2021. Regrettably, the delay in publishing the Forensic Audit Report has stalled prosecution of those that are culpable. The directive to revoke contacts and refund of monies by contractors back to the coffers of the NDDC is a good move by the government to rescue the NDDC from the claws of corruption. It is instructive to note, that publishing the forensic audit report in a timely manner can amplify the anti-corruption impact. Given the awful state of the Commission, if the report is published to the public, there would be hope for a reversal of fortune. It’s our hope that the report will provide useful information about projects executed, those abandoned, in an unbiased manner and facilitate the prosecution of people found culpable.

Social Action remains unequivocally committed to demanding and ensuring accountability and transparency in the NDDC, the instrumental value of accountability and transparency cannot be over-emphasized. We recognize much more needs to be done; we cannot win the fight against corruption alone, all hands must be on deck. Tackling corruption in the Commission is a priority that requires zero tolerance for impunity.