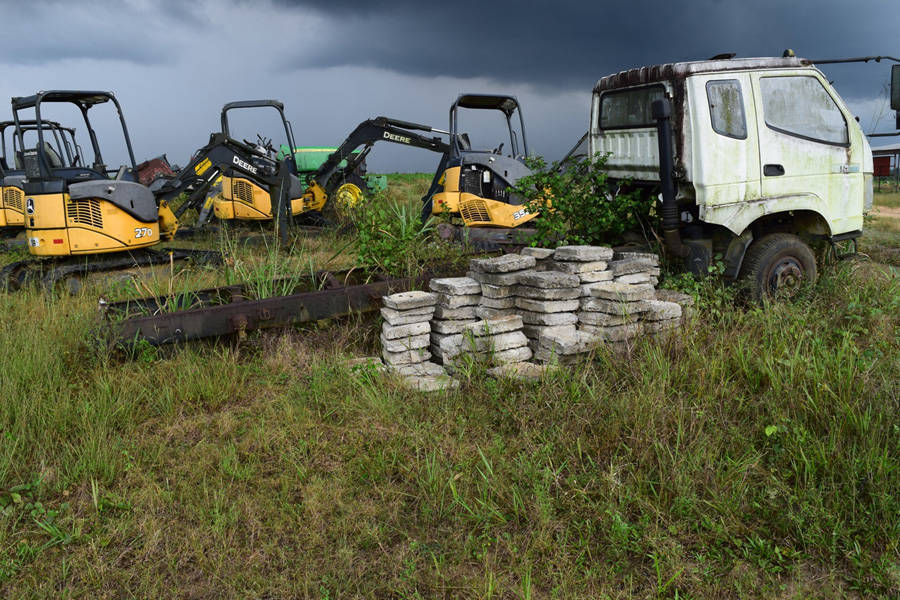 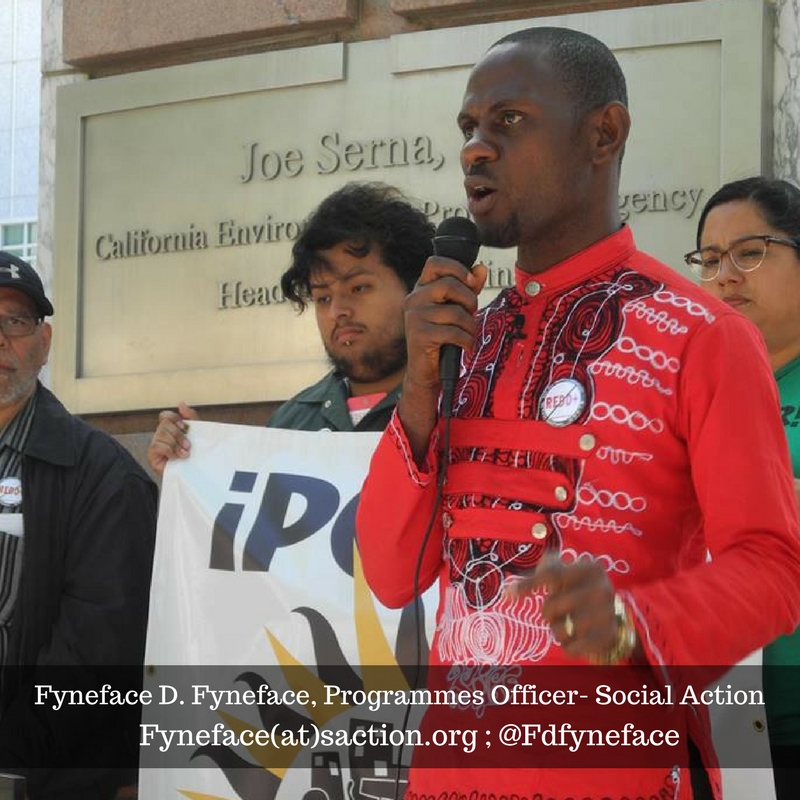 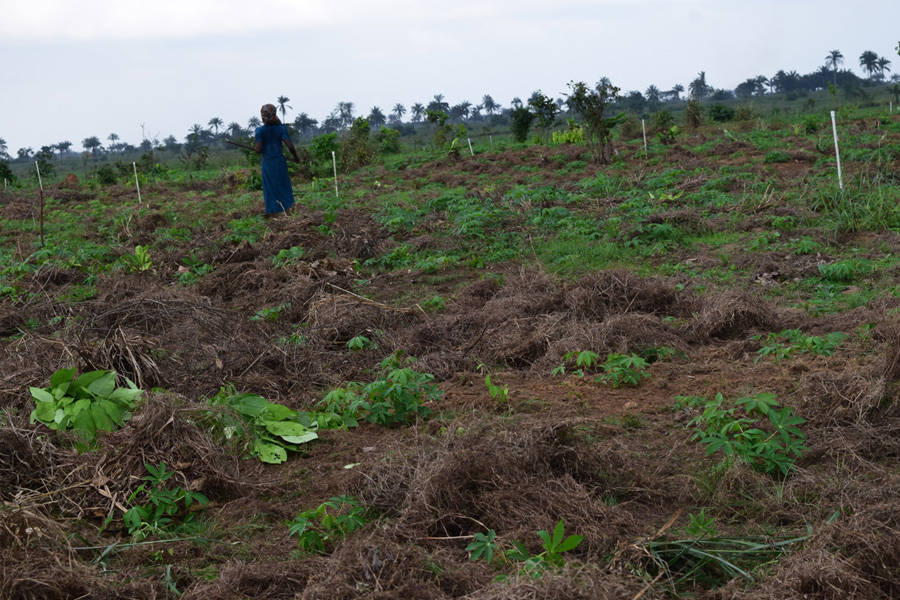 The crisis started on the 15th day of May 2011. On that Sunday when members of Sogho, an Ogoni community in Khana Local Government Area (Ogoniland) were resting, attending church services and attending to family matters, the traditional ruler of the community received a letter from the Government of Rivers State of Nigeria through its Ministry of Agriculture. The letter stated that the government had acquired their farmlands for the development of a banana plantation to be operated by a Mexican company. Without any prior consultation with farmers and other community members, by the next morning, in less than 24 hours, the traditional ruler and a few individuals sent a response to the government, acceding.

It was only after a team of surveyors guarded by soldiers arrived the community that its members knew that something was amiss. Unsuspecting farmers working their fields were brutalised. In the months that followed, community protests against the land grabbing were suppressed by state security services. Worse, elements connected to influential politicians orchestrated intra-communal and inter-communal violence that resulted in loss of many lives, as recorded in Social Action’s report, Killing for Banana.

With the support of Social Action, community members had gone to court in in 2011 to stop the government of Rotimi Amaechi from forcefully grabbing their land for the banana plantation. The matter was later taken, on behalf of the community people, to Economic Community of West African States (ECOWAS) Court, Abuja by Justice Empowerment Initiative (JEI) after Justice Mustapha Akanbi of the Federal High Court 1, Port Harcourt declined jurisdiction over the matter. The ECOWAS Court, however, advised that the case is taken to the National Human Rights Commission (NHRC) where the case is still pending, literally abandoned. 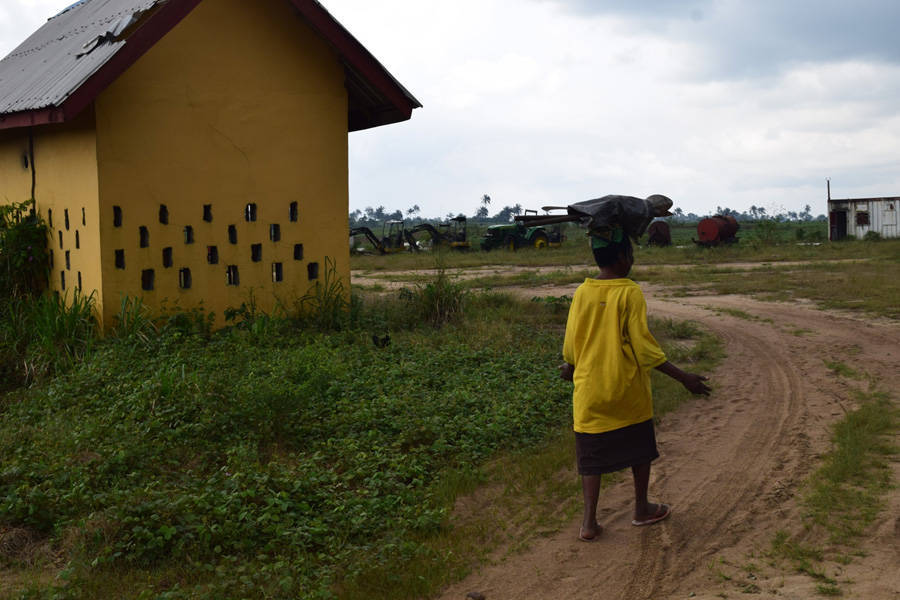 According to Emmanuel Aluzim, a community member that witnessed the incident, “they came one day with heavy security as usual and hired boys from this community and the surrounding communities to uproot the banana for them. It took them many days to finish, and they brought large trucks with containers to pack the banana to a destination unknown to me”. Shortly after the company left the land, men and women from the communities that originally own the lands, trooped into the farm and reclaimed it. A visit to the former banana plantation shows that the land is now covered with cassava crops. A few banana trees were however seen standing and allowed to grow in individuals’ portions of land.

When asked whether everybody that had land there before the government took over got the farm back, Mr Aluzim said, “those who were at home and had interest to retake the farmland did. Those who had interest but could not get are stranded as before they got there, no place was left for them to farm again”.
Waamene, a woman from Zor-Sogho who was forced to move to Luusue, a neighboring community, following the violence over the land in 2011, returned to take a portion of the land. Waamene and the other community farmers were waiting for a second cassava harvest as at the end of 2016. When asked what would happen if government returned to the land, she said ‘there is hungry [apparently referring to the economic recession in Nigeria] and government will not return to the place again as God had answered our prayers for the government to leave the land for us’. Ms Waamene, however, added that if the government to take the land again, they should, at least, allow them to harvest their cassava between March-April 2017. 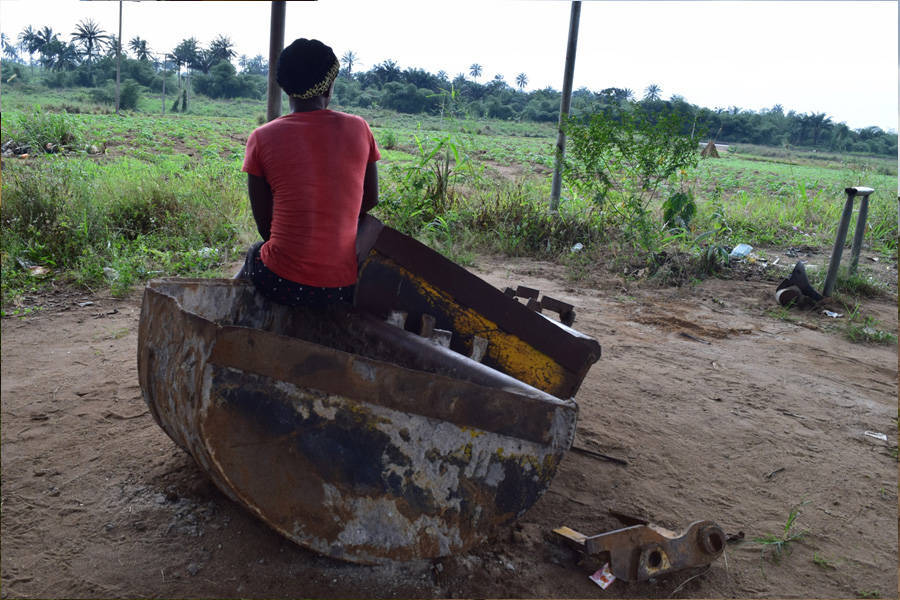 Waamene is uncertain about the future of her cassava crops

On his part, Basil Barisudor Nkpordee from Kaani community and one of those whose farmlands were taken by the government for the project recounted his ordeal. He said he owned a farm there and was among those who took the government to court over the forceful grabbing of his landed property. He said before he heard about the land re-take at the former banana farm. However, before he reached the place, there was no portion of land left for him to farm.
Mr Peter from Uekan lamented that there is so much hunger in the land and that the people have no other option than to reclaim their land and plant what they would eat especially as the banana farm is not functioning anymore.

However, it would seem that community members are planting indiscriminately as the old landmarks, used to demarcate family portions, had been removed. And no one knows if and when the government will return to the disputed lands. Mr Peter warns that the way people re-entered the land portends conflicts. There is uncertainty about government’s intentions.

Efforts made to get the government side of this story as well as government’s commercial agricultural policy of the present administration of Governor Nyesom Wike failed. The commissioner of the ministry of agriculture responsible for this project turned down our request for interview and information on government policy on the banana farm and related project in the state.

Land grab by the government for commercial agriculture is neither peculiar to nor new in Rivers State. Government’s argument for grabbing land for commercial agriculture instead of supporting subsistence farming, which provides food and direct income to people, had always been that they want to create jobs and generate revenue which had hardly resulted as conceived. However, with the military era Land Use Decree of 1979 granting power to the government to take any land for ‘overriding public interest’, lands are often taken by administrations only to be abandoned by their successors. Many such abandoned projects exist in Rivers State. In Andoni, Degema and others parts of the state lands acquire by the government for fish farming projects between 2008 and 2014 have been abandoned. In some cases, land in abandoned projects are surreptitiously acquired by politically connected individuals for other purposes
Social Action continues to advocate for the formal return of farmlands to Ogoni community members. It is our view that agricultural policy should protect local farmers, food security and community livelihoods.