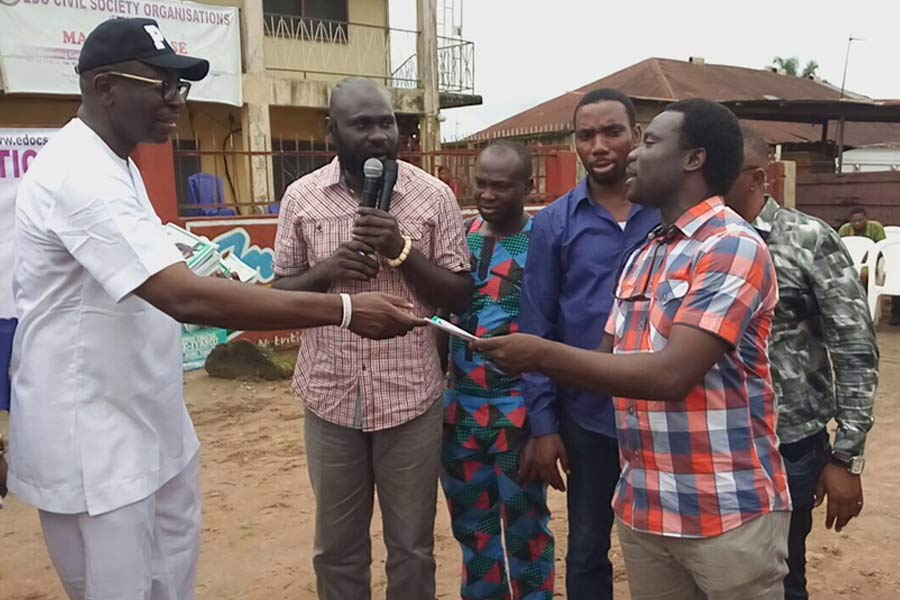 In line with its mandate to ensure that government policies meet the needs of citizens in a transparent and accountable manner, Social Action and partner Edo Civil Society Organizations Forum organized a citizens’ town hall meeting aimed at providing an opportunity for citizens to interact with candidates seeking election to the office of governor of Edo state. Top on the agenda was to extract commitment from the candidates to maintain certain standards of transparency and accountability which include open budgets, citizens’ participation and public access.

At the meeting, the candidate responded to a range of questions bothering on good governance, infrastructure, employment, etc. Social Actions Ken Henshaw on behalf of participants at the event asked if the candidate will commit himself and his party to ensuring that the practice of Open Budget which include transparency, citizens participation and strong oversight will form a part of his fiscal policy if elected governor. In his response, the candidate said if elected governor, the state budget process will begin with large town hall meetings in all the local government areas of the state, where the opinion of all citizens will be sought and included in the budget proposal.

He further said all fiscal documents will be made available and open to citizens while there will be fiscal provisions in the budget for civil society organizations to monitor state government expenditure.