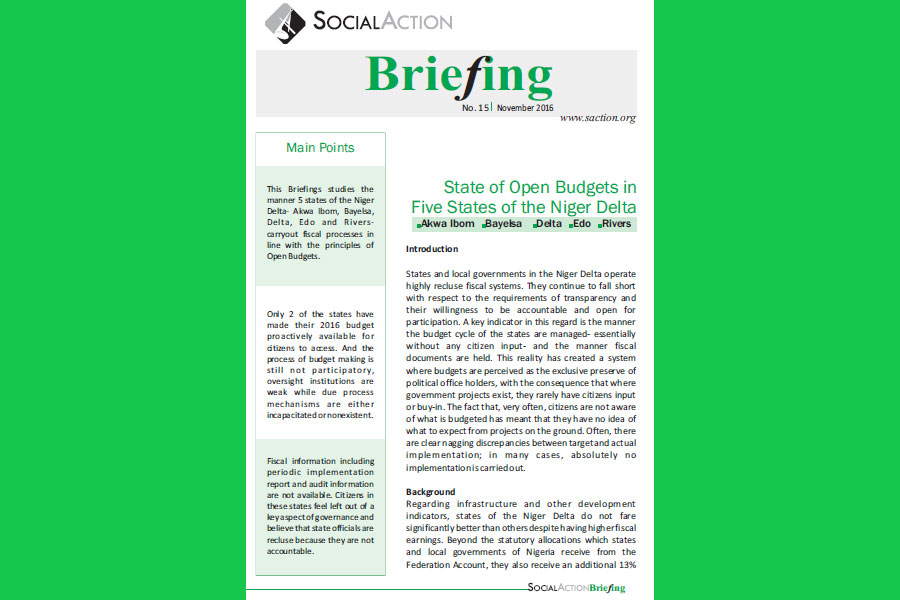 This new Social Action briefing presents findings of research into the extent to which 5 states of the Niger Delta- Akwa Ibom, Delta, Rivers, Edo and Bayelsa- operate their fiscal processes in line with the principles of open budget. It equally examines how citizens in these states relate with and perceive government and its officials on fiscal matters.Findings from the research indicates that these states operate closed fiscal system without established structures for account giving and citizens’ participation. The briefing reveals a peculiar pattern which indicates that while citizens are willing to participate in fiscal governance processes, the government has not created the conditions which make such participation possible. In fact, the recluse manner in which fiscal processes are managed makes it impossible for the majority of citizens to have a say.
It concludes with a set of recommendations for reforms. Read Full Report