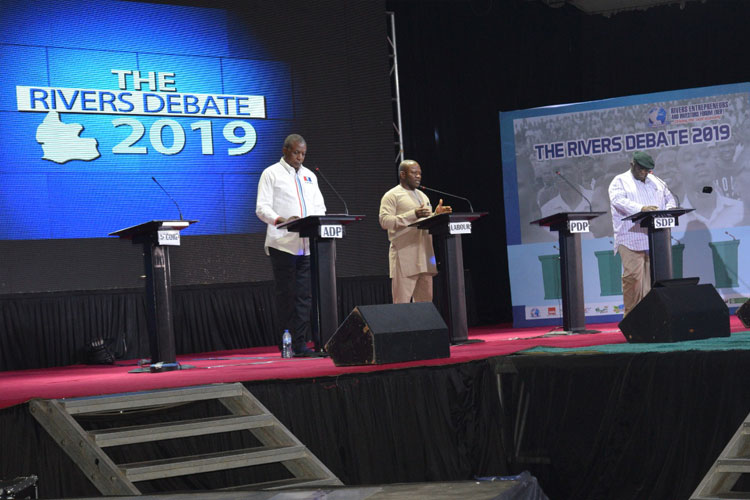 One of the features of the March 2019 general elections in Nigeria was the expansion of the culture of political debates for candidates. Already common to established electoral democracies globally, such debates sometimes involve citizens gathering in close proximity to candidates in town hall settings as the as aspirants discuss their policy agendas and how they intend to achieve them.As part of its programme to promote political accountability in Nigeria, Social Action teamed up with other citizens groups to organise participatory debates for aspirants to executive and legislative offices in Edo and Rivers States. These fora enabled representatives of different segments of society to ask relevant questions and engage the issues considered central to their preferred areas of interest. Political debates add another dimension to electioneering instead of just the traditional campaign rallies organised by the parties with the attendance of huge, sometimes rented, crowds who only end up listening to bogus promises without the opportunity of knowing how those promises could be actualised.

The Rivers Debate 2019, like the maiden edition, was organised as a platform for the gubernatorial candidates to put the compass on the map of their blueprints as a pointer to show the direction of their political and economic trust for next four years, if elected into government. This would enable citizens and undecided voters who want to vote based on ideology and not some trifling sentiments, to take a position. Five political parties were invited to feature in the debate which was held on the 5th of March 2019 at the Aztech Arcum Even Centre, Port Harcourt. Listed were the People’s Democratic Party (PDP), Accord Party (AP), Action Democratic Party (ADP), Social Democratic Party (SDP) and the Labour Party (LP). Out of these Mr Fingesi of ADP, Sir Chief Precious Elekima of SDP and Chief Israel Wonwu of Labour Party showed up. 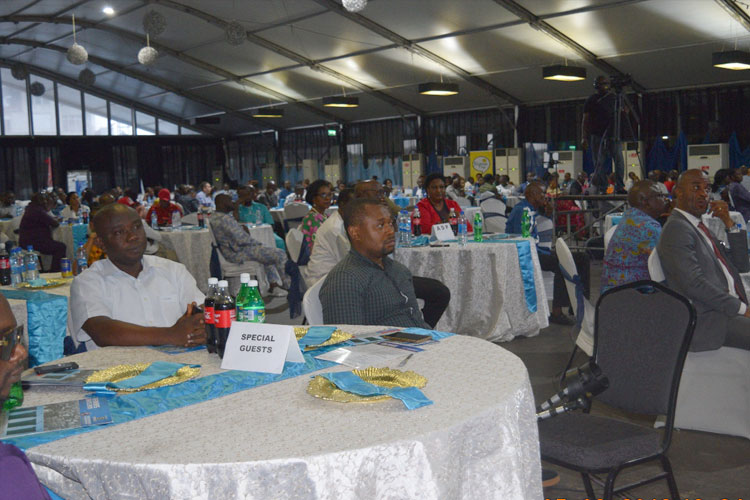 The debate started with an introduction of the candidates, a brief personal citation of their histories and why they want citizens to vote them into the governorship position of Rivers State. The discourse for the evening was divided into three sections, Economy, Security and Open Governance.

Victor Fingesi of ADP intends to, first, create a peaceful and friendly environment for business. He proposed to create opportunities for tax exemption for business developers to encourage new and nascent businesses, stimulate economic growth and galvanise the state’s internally generated revenue. Petrochemical company and Modular refineries are areas he is likely to look into if voted into power.
For Precious Elekima his approach will be a short-term and long-term basis. On the short term, he proposed to look at the revenue and expenditure shortfalls. He intends to restructure the economy to enable each community to benefit from the resources in their domain. Chief Elekima recommended a derivation formula of 35% resources allocation the communities from which they are generated, 15% to the local government and 50% to the state.

SECURITY
To ensure community-level security, Mr Fingesi hoped to set up a neighbourhood watch in each community within the first four months of being sworn in. He also promised to settle frayed nerves by mediating in the feud between prominent personalities in the state. Chief Elekima will make sure there is law and order and speedy delivery of justice to the offended.
According to Isaac Wonwu, the problem of security in the state is hinged on leadership. He promised to present a credible and trust-worthy leadership that would engender peace in the state. He would also train the youth to ensure that they are security conscious and committed to the wellbeing of the state

OPEN GOVERNANCE
According to Chief Precious Elekima of the SDP Candidate: “We will have a proper budgeting system and state development plan.” He also commented that his government would reform and strengthen government agencies and depoliticise ministries.

Victor Fingesi of the ADP promised that the budget and accounts would be open to the public. He would also publish the Accounts and financial transactions of the state every quarter.

Isaac Wonwu promised an inclusive and peoples participatory government, where the budget is generated from the wishes and aspiration of the people, as opposed to the “cut and paste” method of budgeting, where the planning starts and ends with the government.

The Debate ended on a friendly note as the aspirants together cut the cake of peace, signifying their resolve to work for the peace and process of the state irrespective of whoever wins the election.

Candidates and organisers cutting the cake of peace after the debate

The Rivers Debate 2019 was organised by stakeholders in the state which Social Action was also a part. Other partners include Rivers Entrepreneurs and Investors Forum (REIF), Stakeholder Democratic Network (SDN), Cool/Wazobia FM, Silverbird Television, Rhythm FM, Nigeria info, Enough is Enough, Manufacturers Association of Nigeria (MAN), Business Day and Nigeria Election Debate Group. The sponsorship for the programme came from contributions within the participating organisations including MacArthur Foundation which supports Social Action’s anticorruption and accountability programmes.