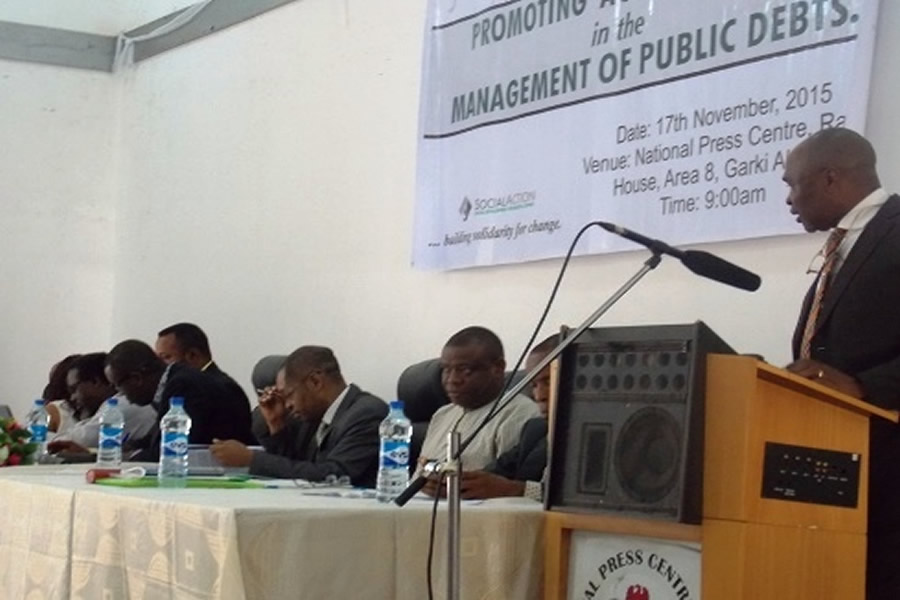 According to Hon. Chinda, despite the danger that indebtedness portends, the issue was not being accorded the importance it deserved in the country as both the government and citizens have treated it with only minimal concern. He stated that several loans have been taken by government administrations and agencies in the past pointing out that the monies were not utilized for what they were taken. He said public officials have borrowed without any plans of how to repay such monies.

While condemning such practices, Hon. Chinda stated that until the country puts in place systems to punish such infractions, it cannot reasonably expect to escape debt overhang.

Also speaking, the Chairman of the National Human Rights Commission, NHRC, Professor Chidi Odinkalu disclosed that Nigeria’s recurrent expenditure has for the past three years running, been partly financed by borrowing while the capital expenditure has in the same period been entirely funded by borrowing. Prof. Odinkalu pointed out that while other contractual debts were worrisome, the issues of judgment debts were even more disturbing as according to him, it reflects state impunity. He said a significant volume of Nigeria’s debts are judgment debts Europe piled up against Nigeria adding that time has come for Nigerians to take issues as such more seriously as it compromised the development of the country.

Earlier in his keynote address, the Director of the Centre for Social Justice, Barr Eze Onyekpere said the process of loan acquisition in the country by public institutions and officials have been in breach of the constitution at all the levels of government. Onyekpere said constitutional provision stipulates open and transparent loan acquisition process with public participation which he said will aid monitoring but which he lamented has so far not been complied with.

In his welcome speech, Executive Director of Social Action, Dr Isaac Osuoka, said the conference was borne out of the conviction that there is an urgent need to examine the socio-economic implication of the growing public debt crisis for the current period as well as for the future of Nigeria. He recalled that between 2005 and 2006, Nigeria bought back most of its $36 billion external debts through payments of about $15 billion in one year to external creditors including the Paris Club and the World Bank.

According to him “after that huge investment in 2005 which enabled the Federal government secure some relief from external indebtedness, subsequent federal administrations behaved as if they were working in tandem with external and internal agents to return Nigeria to indebtedness”, adding that the public debt crisis in Nigeria is a matter of urgent national importance.

The conference was organized within the framework of Social Action’s Economic Justice program.