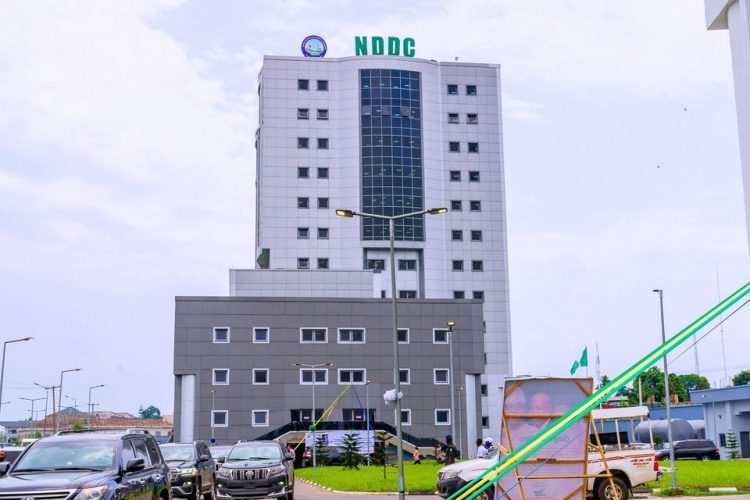 The rot and colossal corruption in the Niger Delta Development Commission (NDDC) continues to be uncovered with over 12,128 abandoned projects in the region captured in the reports from the ongoing forensic verification exercise of activities of the Commission. According to the Minister of Niger Delta, Godswil Akpabio, the abandoned projects have no specific ownership attached to them, he stressed further that the development was against the 9,080 projects listed by the government to be considered in the verification process.

This shows the depth of insensitiveness of the people managing the affairs of Niger Delta Development Commission (NDDC). They loot funds meant for the development of the region and allow this socio-economic sabotage happen in a region where the people have been decimated by poverty and ravaged by environmental pollution. We are saddened and worried by the deepening corruption in the agency. Such report by the forensic team should not be swept under the carpet like they have previously done. It should be followed with tough sanctions and prosecutions of those found guilty, and recovery of funds not utilized appropriately to complete these abandoned projects.

It could recalled that there is a Bill in the Senate titled “The Compulsory Development Planning and Project Continuity Bill, 2021” seeking to compel governments at all levels to adopt planned development and ensure that all abandoned projects are completed with zero abandoned projects henceforth. Such bill should be given attention considering the benefit to the people and the mechanism of accountability it will put in place if passed into law.

While the dissatisfaction of the people in the Niger Delta region is evident, there should be an enhanced structure for people of the region to engage their representatives and other stakeholders in the wake of this disturbing report. There is an apparent shortcoming on the part of the people of the region to hold the agency and by extension the government accountable. It is evident that the people of the region have been distracted by non-issues, such as who gets to head juicy committees and other frivolous issues. This is why more civil society organizations should re-examine their role in holding the government accountable, deepen advocacy to amplify issues such as this and build support for the cause of the people of the Niger Delta region. Social Action as one of the leading civil society organization in the Niger Delta region has remained at the vanguard in actively and constructively engaging the NDDC and other concerned stakeholders in the region.

We call on the federal government to monitor the activities of the agency, to make sure that due process is followed in awarding contracts, also, that procurement laws are upheld. It is also important to carry out Needs Assessment, there are many project initiated in many parts of the region but are not relevant enough to meet the needs of the people, and hence they are “white elephant”. The importance of Needs assessment cannot be overemphasized, it will give valuable insight on how to match projects with the needs of a particular community. The lawmakers are equally lacking in their oversight responsibilities; they should provide essential oversight from the beginning of any project to completion and even to monitoring it after completion. The lack-lustre performance and visionless leadership in Niger Delta Development Commission (NDDC) should not be allowed to continue, this is not the time to “off the mic”