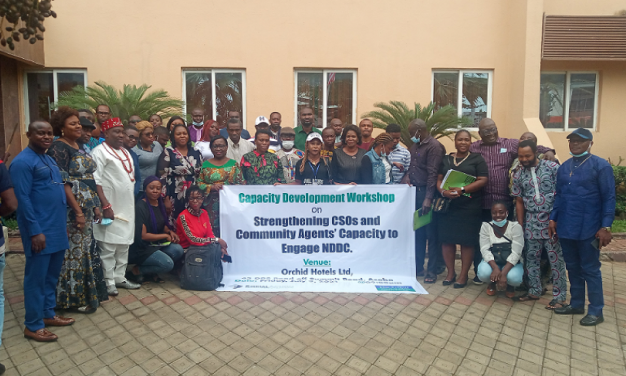 As part of the strategy to awaken the consciousness of Civil Society Organizations and community agents to demand for transparency and accountability in the running of affairs in the Niger Delta Development Commission, Social Action with the Support of MacArthur Foundation organized a capacity workshop on “Strengthening CSOs and Community Agents’ Capacity to Engage NDDC” in Delta State.

Welcoming participants, Mr. Botti Isaac, the Project Coordinator recounted the underdevelopment the region has suffered and is still suffering.  He narrated the several agitations that led to the creation of the Commission and the core responsibility of developing the region that the Commission was saddled with. He regretted the fact that despite receiving over five trillion since its establishment, the NDDC has very little development projects to show for it, due to endemic corruption in the commission. 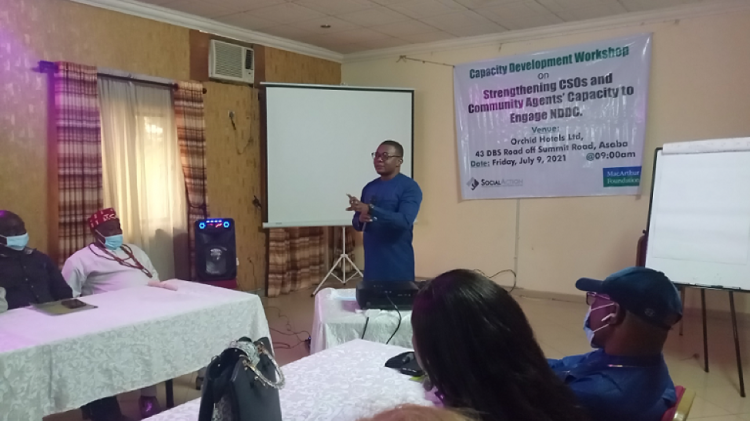 Taking participants on the first presentation, Dr. Harry Udoh spoke on “Understanding the role of NDDC in Championing Development Agenda in the Niger Delta.” According to him, NDDC came up as a result of the massive agitation facilitated by Environmentalists in the region as the goose that lays the golden egg was not getting commensurate development. Through the aid of a slide he explained the operations of the commission and advised community agents to synergize, mobilize and make their demands known to the Commission because it requires concerted effort for the desired change to be achieved. 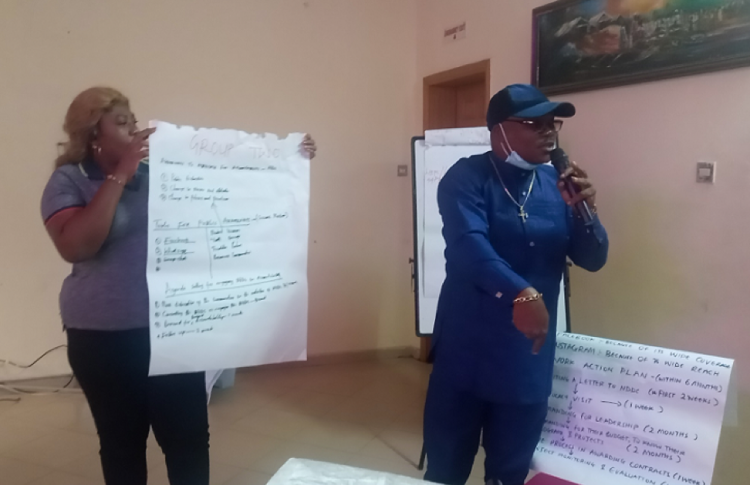 Speaking next was Comrade Chinedu Bassey who made a presentation on “Awareness: Principles, Strategies, Steps & Tools.” The speaker started by looking at the historic perspective of creating awareness, the need for public awareness which include influencing policy makers, increasing support and knowledge from allies, the ability to get the message out, defy negative perception and reframe conversations. According to him, for engagement to be productive, participants must have a sound knowledge on how to create awareness. For a message to propel the desired results, it must be communicated properly through the right process as disseminating false information is punishable by law.

A survey and group discussion session was organized for participants who came up with plans on how they intend to engage and advocate for accountability from the Commission for a period of six months while also identifying the Social media strategies or tools that will be suitable for the public campaign program.