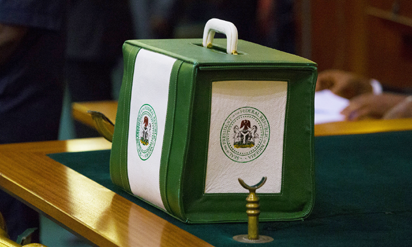 On Thursday, 7th October, 2021, President, Muhammadu Buhari, presented N16.39 trillion as the 2022 budget proposal before a joint session of the National Assembly. The proposed 2022 budget is titled, “Budget of Economic Growth and Sustainability”. Some of the 2022 budget key figures are: capital expenditure of N4.89 trillion, non-debt recurrent expenditure of N6.83trillion, oil benchmark price of $57 per barrel, with projected oil production target of 1.88m bpd and the exchange rate is projected at N410.15/US$.

If this is realistic in the light of dwindling value of the naira, is yet to be known. The Federal Government is proposing to generate total revenue of N10.13tn amidst a projected inflation rate of 13%, GDP growth rate of 4.2%, with oil revenue of N3.16tn. Sadly, the huge earnings and foreign exchange from the sale of crude oil has not been utilized prudently to achieve economic wealth and better quality of life for the masses. 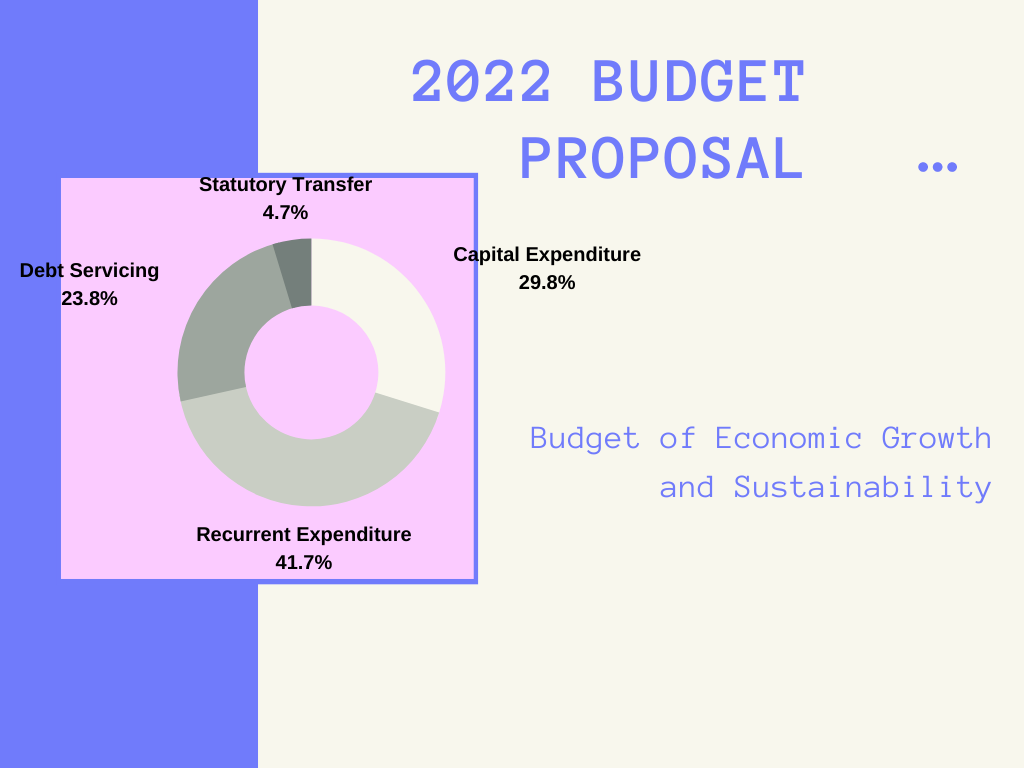 Nigeria’s budget deficit has reached a record high of N6.26tn in the 2022 budget proposal; this amount represents 3.39% of estimated GDP, slightly above the 3% threshold set by the Fiscal Responsibility Act 2007. This implies that the total debt profile that has already exceeded N32 trillion, will witness a significant uptick.

The ballooning national debt profile is yet raising alarm bells as the budget also captures a huge cost of debt servicing of N3.61 trillion. Apparently, the cost of servicing debt in the 2022 budget makes up a large proportion of the entire budget. The Debt Management Office-DMO, reported that federal government spent $1.3bn on debt servicing in six months in 2021. By implication therefore, debt servicing would divert investments from vital areas, such as infrastructure, education, security, and health. Consequently, the citizens will consistently bear the economic brunt by getting less of social services. 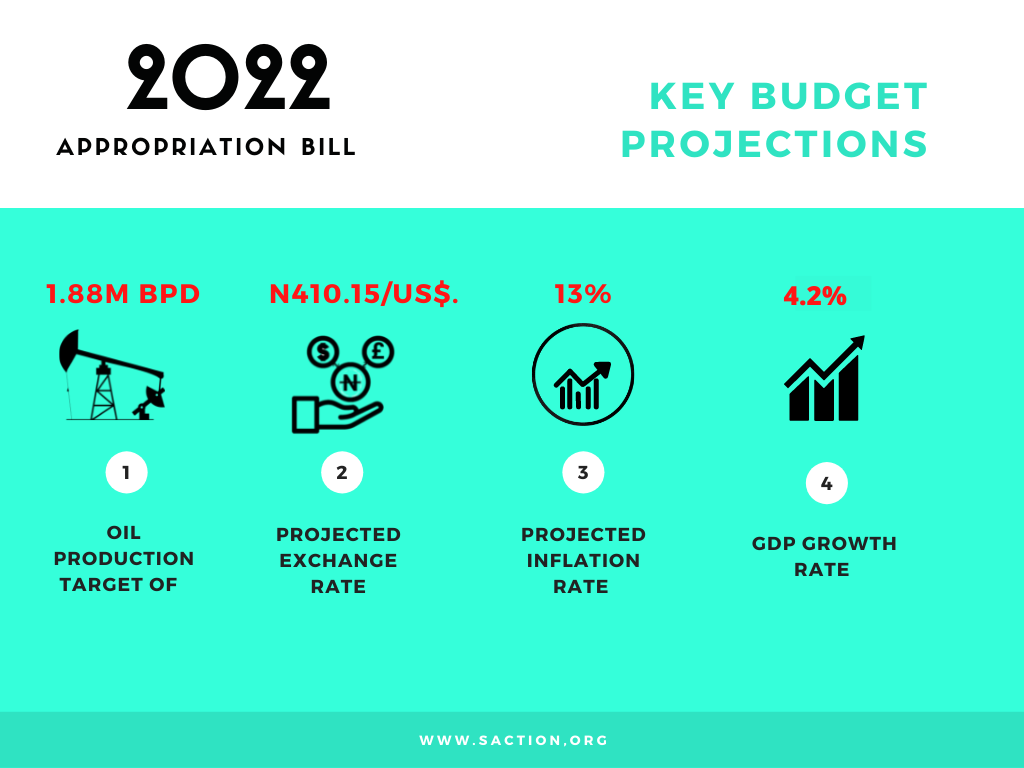 In comparison to 2021 budget in terms of performance, the obvious gap is in revenue and expenditure, what remained apparent is the ever increasing expenditure against low revenue. According to IMF report, Nigeria is among countries with lowest revenues globally, with little or no major fiscal policy shift. The 2022 budget proposal of N16.39trn is the highest in the history of the country’s budgeting and over N3 trillion or 12.5% higher or more than the 2021 budget of N13.6 trillion, titled “budget of Economic Recovery and Resilience”. While the 2021 budget projected revenue was N7.89trillion, with deficit of N5.02trillion which was financed with borrowings, 2022 budget deficit of N6.28 is N1.258 trillion more than 2021 deficit. Compared to the 2022 revenue projection of N10.13t trillion is N2.24 trillion higher than that of 2021. By July 2021, revenue projections for 2021 fell short by 34% caused largely by underperformance in the oil and gas revenues which is the mainstay of the economy The government had already spent over N3 trillion in deficit financing in the first five months of the year, with continued huge expenditure that outweighs revenue, government will exceed the deficit projection for the year.

The 2022 budget proposal has recurrent spending of N6.83 trillion representing 41.7% of total expenditure and 18.5% higher than 2021 budget, capital expenditure of N5.35 trillion which is 32.7% of total expenditure. In the 2022 budget proposal, education got N1.29 trillion, which is 7.9% of the budget, this is an improvement from 2021 education allocation but short of the President’s promised increase of 25%. Health got allocated N820 billion translating to 5.3% of the entire budget, which is however, against the Abuja Declaration commitment to allocate 15% of annual budget to health. Debt service to revenue ratio remains a concern in the 2022 budget.

According to the President, government’s constant reliance on loans is within healthy limits amid plans to borrow to finance the N6.258 trillion deficit in the proposed 2022 budget. The Finance Minister, Zainab Ahmed, in a statement during the week, also hinted on the plan of the government to keep borrowing trillions in Nigeria’s Interest. This show how unperturbed the federal government is about budget deficits and an indication that there are no plans to address it throughout the lifespan of this administration.

Sadly, the Finance Minister, Zainab Ahmed has maintained her position in justifying the borrowings as healthy, saying that the total borrowing was 23% of the GDP as of July, 2021. Nigeria’s sore economic experience with inflation, infrastructural deficit, poor social services and unemployment should be a cautionary reminder that irresponsible budget-thinking and dependence on borrowing is not sustainable.

The priority of the Muhammadu Buhari-led government should center on reinvigorating the ailing economy, with focus on areas such as security of lives and property, quality education, infrastructure investment, boosting revenues, and combating corruption. All fiscal effort by the government should aim at making the life of the masses better.

Social Action calls on the federal government to urgently explore economically viable ways to reduce the high budget deficit and national debt profile, while prioritizing fiscal responsibility. We have steadily maintained that the unhealthy appetite of this government for foreign loans should stop, considering the peril posed by the staggering figures. Rather than using debt to GDP ratio as excuse for borrowing more money, the government should rather take a look at the debt to revenue share and consider the percentage of the deficit to capital expenditure for the fiscal year before making such decisions. If the government continues on this undesirable path, Nigeria may end up stuck in a debt trap, which will tamp down economic growth creating a vicious circle that eventually leads to more debt. The Muhammadu Buhari-led government should resolve to hold on to the principles of fiscal discipline in order to drive economic growth, by expanding non-oil streams of revenues, raising the spending efficiency, while committing to social and infrastructure spending. This will largely address the numerous economic challenges the country is grappling with.

With the vast human and material capital, Nigeria is in a unique position to achieve sustainable economic growth and development if the right people are put in the right places and masses-engineered policies. The country cannot rely on printing more money and foreign loans to be among top world performing economies.