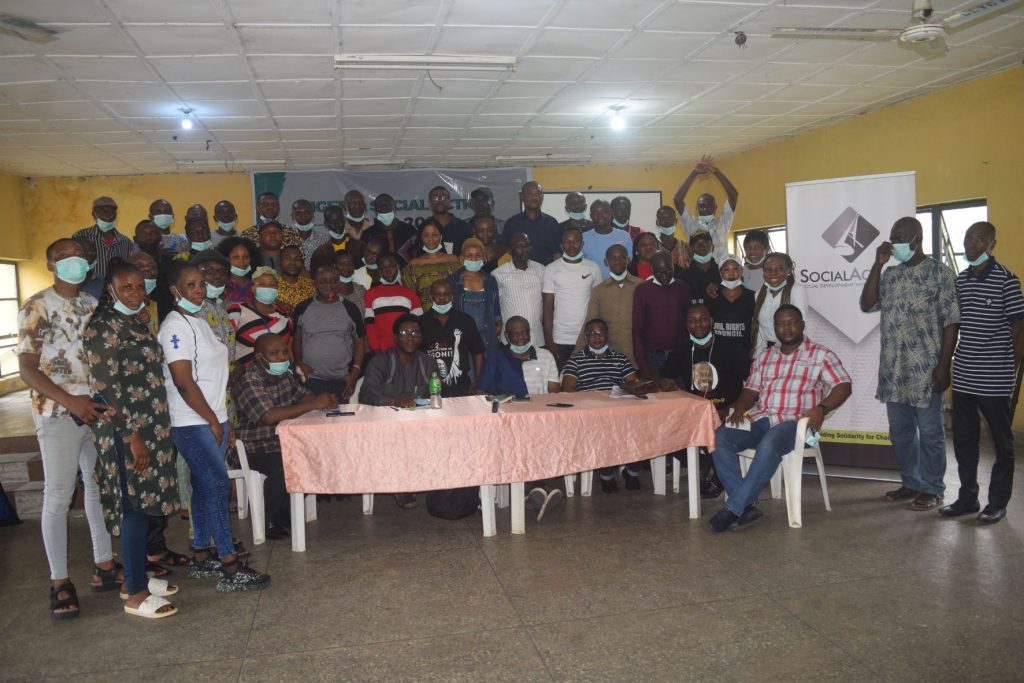 Civil Society members, activists, students, youths and security agents gathered for a camp meeting for intensive lecture sessions and capacity building focused on “Reclaiming the Civic Space: Building Popular Movement for Social Transformation. The Camp meeting, which is an annual event of the Social Development Integrated Centre (Social Action), was hugely successful as participants were able to learn, contribute and ask relevant questions.  Resource persons at the camp include professors, Marxists, lawyers, activists, doctors, and comrades from different states in Nigeria. Several online posts and live streams were employed to cater for participants who could not physically attend the meeting as the Covid-19 guidelines for gathering was adhered to.

The welcome address by the Executive Director, Dr Isaac Osuoka, was read by the Programs Coordinator of Social Action Sir Botti Isaac. He emphasized the need to reclaim the civic space so that CSOs can achieve the common goal of freely participating in influencing the social structure that will lead to the desired social transformation. Goodwill messages, a welcome charge, group discussion, a film show, and group presentations were part of the activities conducted to mark the first day of the event.

Addressing attendees during his presentation on day two of the camp meeting, Professor Nna Johnson of the University of Port Harcourt spoke on “The Struggle for Self Determination and Democracy: The deepening crisis of state making and separatist agitations in Nigeria.” According to him, though democracy promotes the freedom of individuals and groups to aspire for self-determination, such freedom is constrained. These agitations are tantamount to rebellion as it is the national interest of the state to determine when to support a cause as self-determination or rebellion.

Looking at the role played by women from the pre-colonial days while trying to build movements for social transformation, Comrade Rita Kigbara spoke on “The Role of Women in The Struggle for Social Change in Nigeria.” Drawing examples from women who in history, had pulled giant strides during the struggle for social change, she noted that women have and are still playing key roles in recent progressive movements. Such movements as #BringBackourGirls, #ArewaMeToo and #ENDSARS, not so long ago, are movements significantly empowered by the feminist coalition. 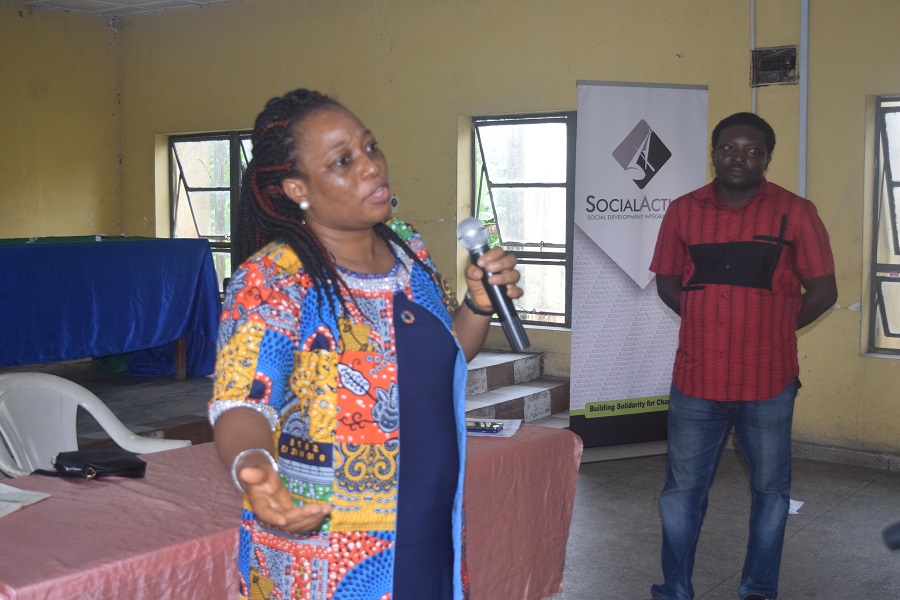 The coordinator of the panel session Dr Godwin Frank laid the foundation for the discourse on reclaiming the Civic Space. During the roundtable discussion where he spoke on “The shrinking civic space and the attendance human rights issues in Nigeria,”. He echoed the increasingly threatening situations faced by agitators who have made attempts to recover the shrinking space as the constitution which he referred to as anaemic is not capable of protecting the rights of the Nigerian citizens because the laws were written with the interest of the ruling class in view. Comrade Jaye Gaskiya echoed the same points as he delivered the keynote lecture “Reclaiming the Civic Space: building popular movement for social transformation” which was the theme for the 2021 Social Action Camp meeting. According to him, where there is a need for social transformation, there is the question of what transformation the agitators seek. Speaking further he asserted that the movement for social transformation must be done with the intention to see the problem of the people differently, proffer solutions different from that of the ruling class and organize the rest of society to realize solutions proffered. The Civic Space keeps shrinking as the freedom to organize an assembly to express views is subjected to the extent to which the state can tolerate such expression and allow such an organization to assemble. Comrade Gaskia also noted that for the Civic Space to be reclaimed and movement built that will bring about social transformation, there is the need for organization, mobilization, leadership, initiative, purpose and politics. Organisation should be seen as a process and as a structure put in place to tackle the social misappropriations imposed by bad governance, he concluded.

The meeting which had several youths in attendance was a fertile ground for Comrade Jaye as he also spoke on “The Role of the Youths in Setting the Agenda for System Change: A Continental Review.” The renowned activist took attendees on memory lane citing the reasons why Youth Movement like the #Endsars though, gaining international recognition was defeated. He opined that, while separation will not solve the problem of social emancipation, the youths must organize a movement in their own image, with a demand that will resolve their problems under a leadership and political party.

To abate the reshuffling of the same leaders which has gradually become the norm, it is expected that citizens, especially the youth choose to participate in the process. This was according to Comrade Ken Henshaw who spoke on “The Role of Civil Society in Shaping the Agenda Towards 2023 Election.” According to him, the popular cliche for citizens to get their voters’ cards, come out and vote and protect their votes are all fairy tales as the voter’s card does not determine who wins the election. The youths must therefore refuse to be an agent as the activities of the government is bent on covering the civic space. They must organize effective collaboration against government’s encroachment, document advocacy and protest actions restricting civic space.

Focusing on the issue of Human Rights, Barrister Njoku Victor Nweke spoke on Human Rights Law in Nigeria Within the Context of the Administration of Criminal Justice Act and the Amended Police Act. He discussed extensively the issues of human rights, and the new provisions made to the amended Administration of Criminal Justice Act to ensure the protection of human rights and to punish offenders. He concluded that as good as the Act may seem, it takes the knowledge of the citizens to be able to demand the respect of the law and the enforcement of their rights even if it means seeking legal redress.

The meeting ended with statements from Rosa Luxembourg Country representatives addressing participants and affirming the purpose of the annual event, targeted at fostering positive change in social movement and leadership.