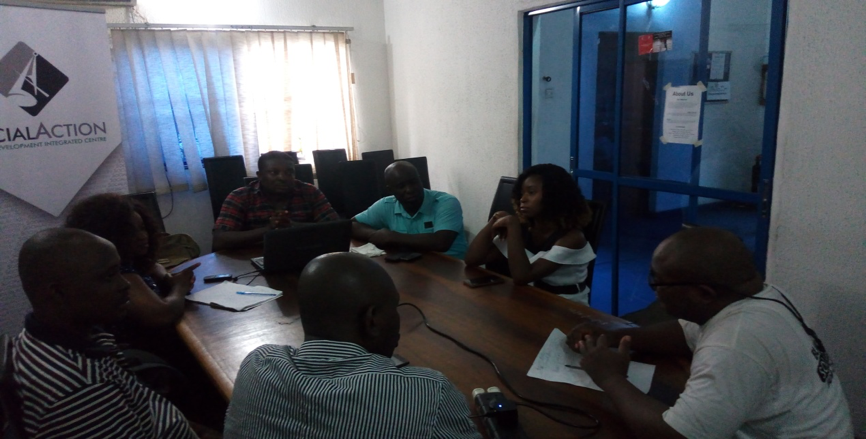 The Anti-Corruption Network (ACONET) Rivers State is preparing to go to court to enforce the Freedom of Information (FOI) request issued on some government agencies for the release of information on the state financial reports and project award by the agencies. The FOI request was made in August 2019 to the Accountant General and the Auditor General of Rivers State for the Auditor General’s and Accountant General’s Reports for the 2017 and 2018 fiscal years. A similar request was also made to the Bureau of Public Procurement (BPP) for the release of information on contracts awarded by the Bureau in the 2018 fiscal year. Though subsequent follow-ups and reminders were made, none of the agencies responded nor were they ready to release any bit of information as requested.

This informed the meeting held by the Civil Rights Council (CRC) on August 22, 2019 to review the efforts made so far to obtain the requested information and chat a way forward.  Green Isaac Imoh of Social Action decried the manner at which the agencies treated the requests. He bemoaned the consistent opaque disposition of the state and its agencies as it concerns the publication of public financial documents. Barrister Paul Arochukwu, while adding his voice to the displeasure of the inactions of the agencies assured that he would put the required mechanisms in motion and engage the best legal brains to institute legal proceedings to ensure the agencies are compelled to make the requested information available.

Green Imoh also informed the members of the Civil Right Council Rivers Conference that 21 projects had been awarded as Constituency projects in Rivers State and funds had been released for their execution. He added that the projects were routed through relevant ministries in the state for execution. It was agreed that letters be sent to various ministries through which these funds were routed for audience as well as verifications of these projects for tracking purposes.