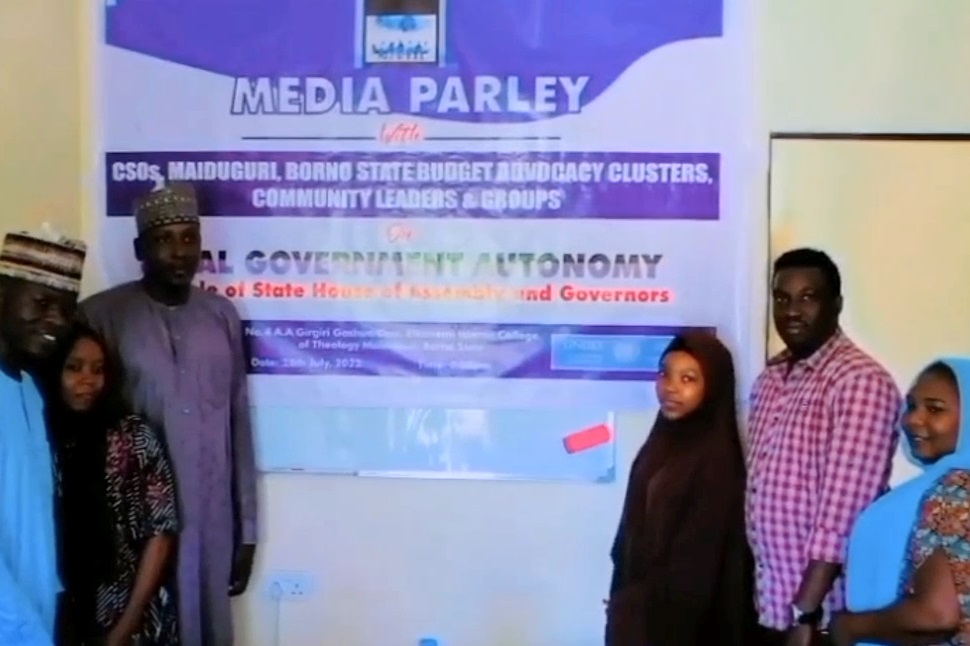 Borno State Budget Advocacy Cluster, in collaboration with community leaders and groups, organized a media parley on local government autonomy, the role of the state houses of assembly, and governors.  In his opening remarks Bar. Alihazu who is also the chairman of social development, expresses the importance of the passage of the bill because of its importance to the social and economic development of the rural communities. He explained that the local governments can only function effectively on an autonomous setting without a governor dictating what to do or tele-guiding their activities. He was disappointed that only seven states governors have transmitted the bill to their state houses of assembly for passage, out of which 6 states have passed it. These states include Abia, Kogi, Edo, Ogun, Katsina and Delta states with only Lagos state as the dissenting state. He, thereby, encourage the remaining governors and their state assemblies to, as a matter of urgency, pass the bill to ensure progress and development at the grassroots.

Other speakers and contributors at the parley also lend their support for and urged all stakeholders to continue to advocate for fiscal autonomy for the local governments in Nigeria to ensure accountability transparency and good governance in order to deliver the dividends of democracy.

Social Development Integrated Centre Social Action had organized advocacy trading for budget advocacy cluster in selected states, including Borno State, to enhance their capacity to engage relevant stakeholders for budget transparency, accountability and proactive disclosure of the fiscal documents in the local government of Nigeria. The training also include advocacy for the demand for a truly autonomous local governments system