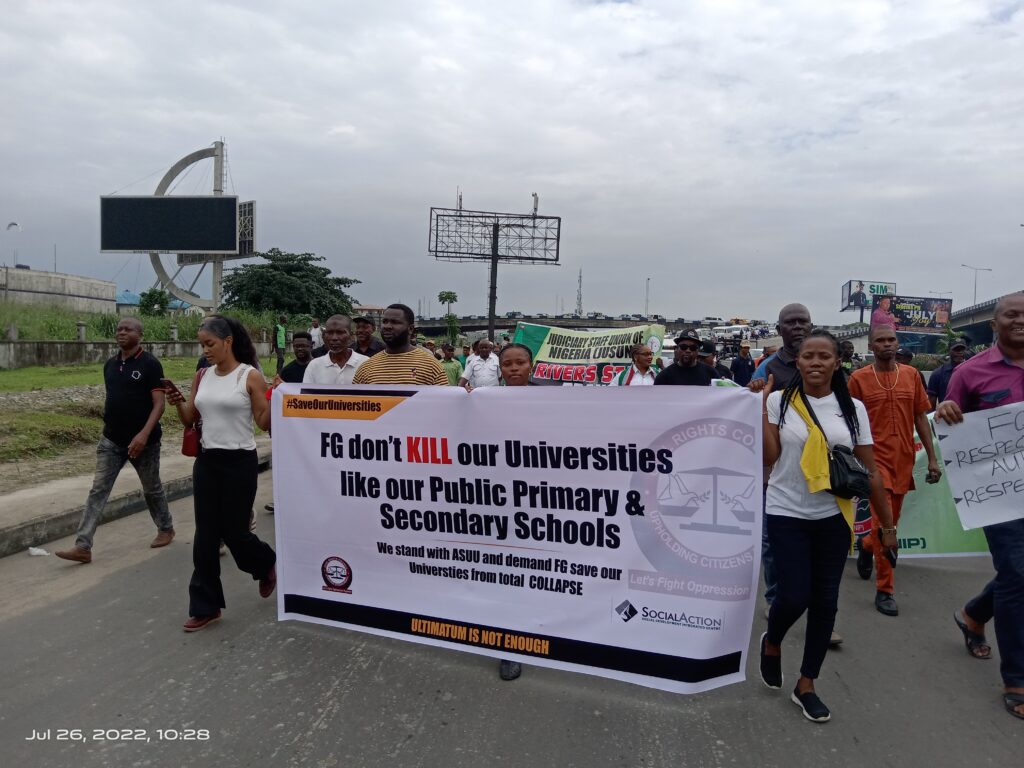 On July 26th and 27th 2022, the Nigerian Labour Congress with its affiliate unions declared a two-day nation-wide protest in collaboration with Civil society organizations. The two days protest was organized in solidarity with the Academic Staff Union of Universities (ASUU) that embarked on a strike over breach of labour agreements by the federal government over staff welfare and funding of the Nigerian universities. 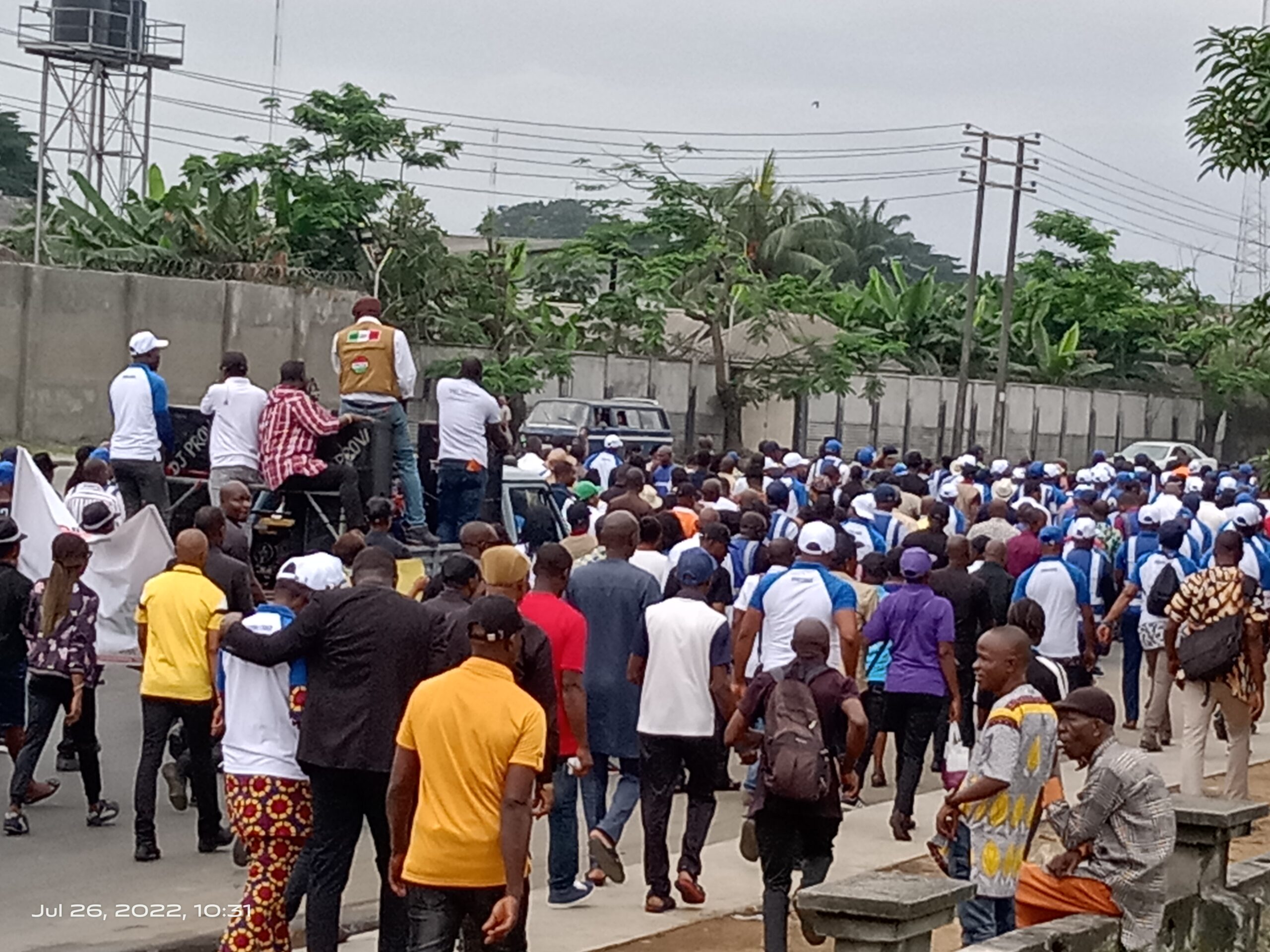 The procession which took off from the Labour House in Port Harcourt opened with an address from the state NLC Chairman Mrs Beatrice Appiah who reminded participants of the reason for the protest. She maintained that protests and strikes are strong weapons of labour, the working people and civil society actors to drive home their demands and compel the government to action on matters of national important, if the government is reluctant to do so.

The NLC chairman regretted the continued stance taken by the federal government which has ensured the striking lecturers continued on the industrial action, keeping students at home for upwards of six months. She said that ASUU, as an affiliate of the NLC, deserves all the support they could get to compel quick and positive response from the government adding that their demands bother on national development as funding of the universities is of key importance to national growth. 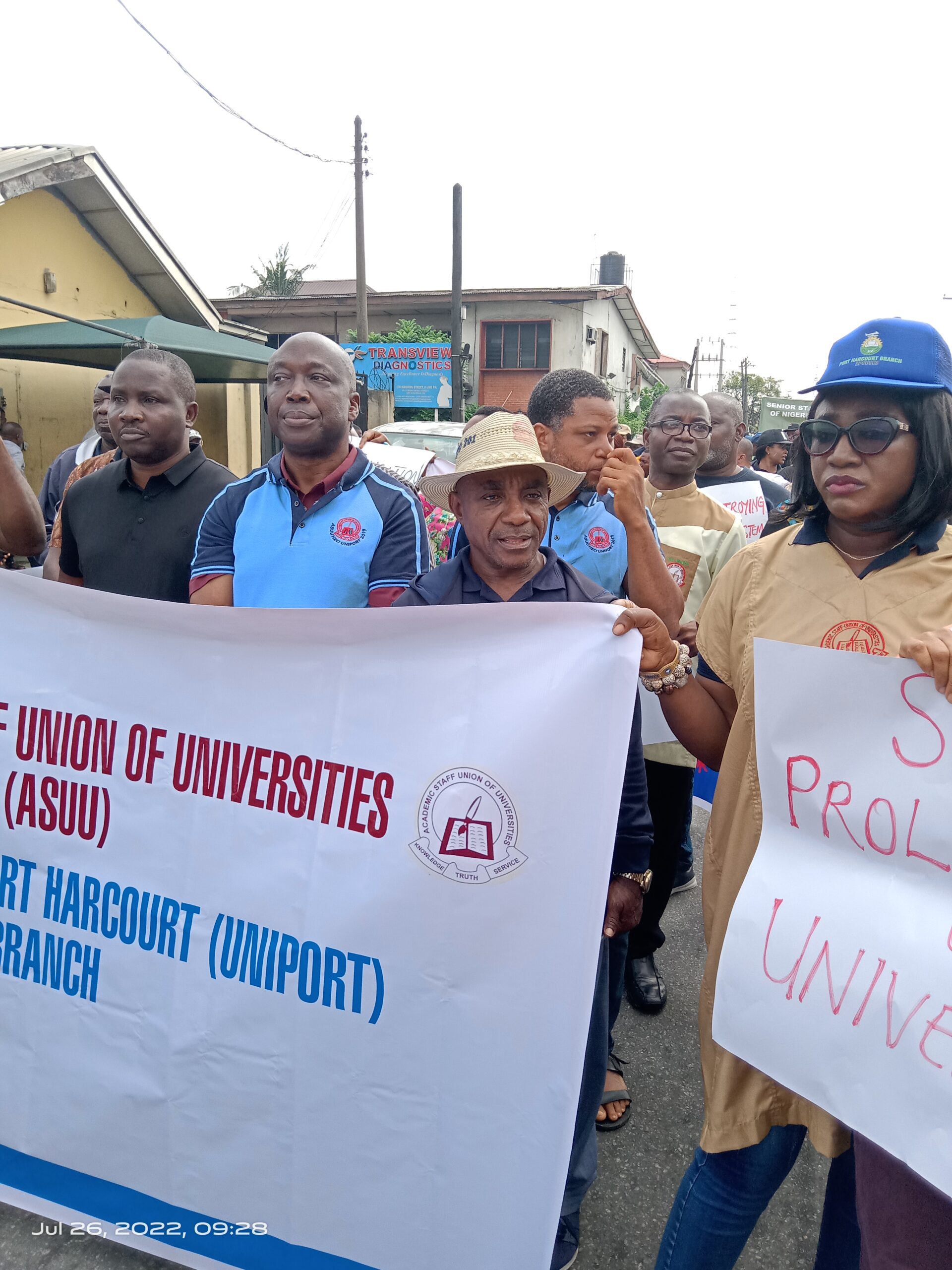 The protesters marched through designated routes in the metropolitan sections of Port Harcourt, singing solidarity songs to drive home their message. At major markets various affiliates of the NLC and Civil society actors addressed traders to sensitize them on the purpose of the protest and the need for all and sundry to support the campaign to save the university and return both students and lecturers back to the campus.

The protester finally converged at the government house where they were addressed by a representative of the governor. In his address permanent secretary at the Governor’s office agreed with the protesters that the situation of the country is unacceptable. He lamented the failure of the Federal government to reconsider their position on the ASUU crisis which he said is having its negative effect on the educational system. He, however, noted that the funding of the federal universities is not a state government affair’s but the exclusive responsibility of the Federal Government and promised to deliver the letter of demands handed down to him by the protesters to the Federal Government whom the letter is addressed to. 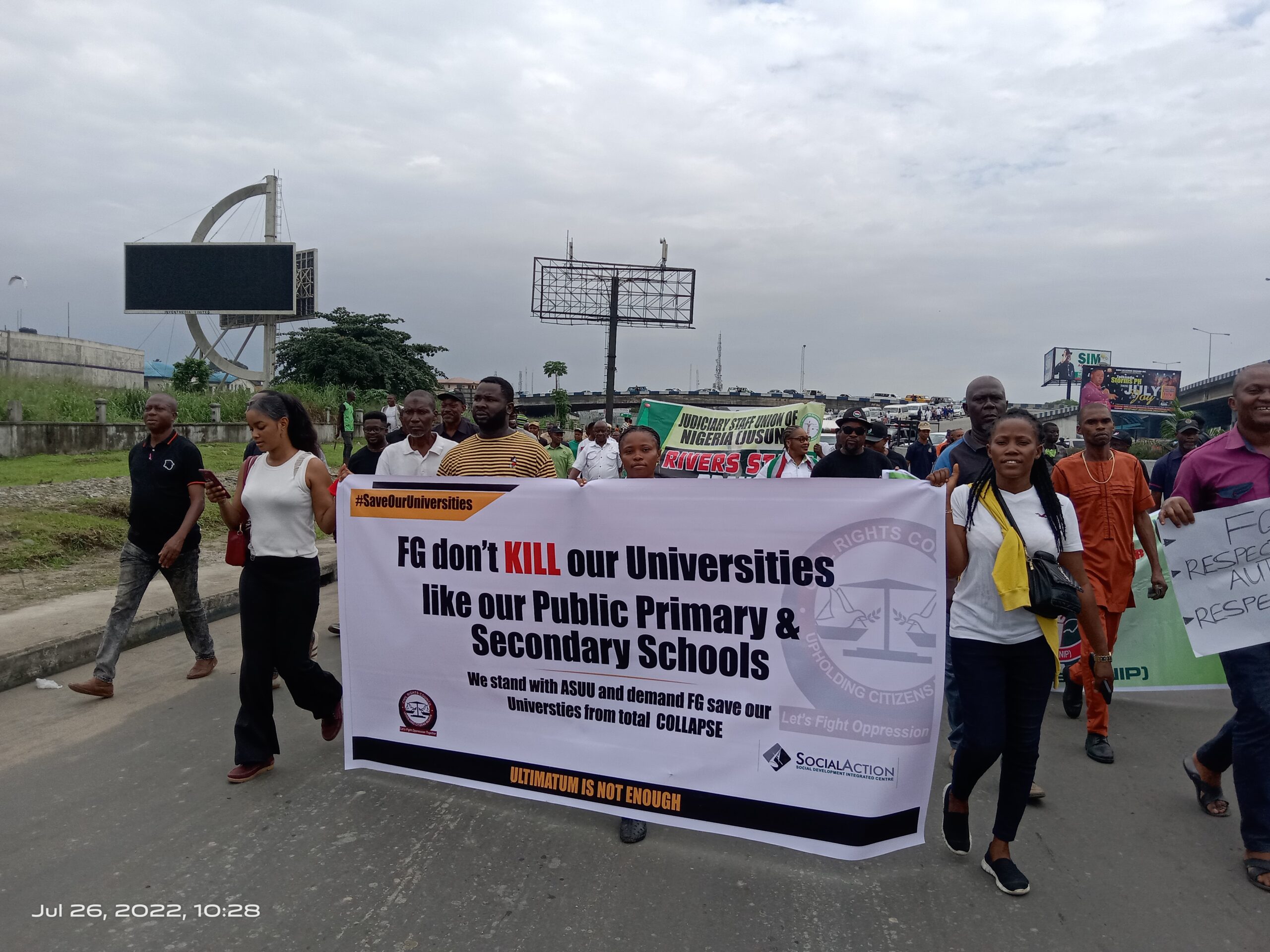 The Civil Rights Council Port Harcourt, supported by Social Action was  well represented by its member as part of its campaign to promote the rights to education and means to reduce the crime rate in the society as many students have taken to crime and other vises as a result of idleness.