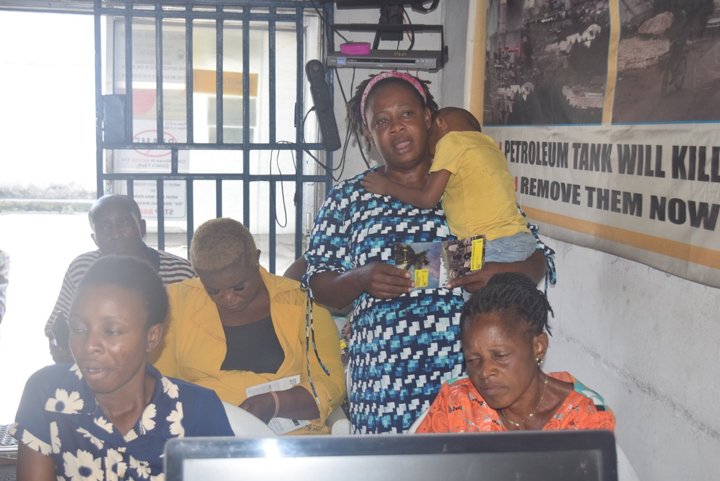 Woman represented at the inauguration of the Rapid Response Reporting Desk for domestic, sexual and gender-based violence by CRC
Please follow and share

The defilement of infants and constant rape and molestation of adolescent girls and sometimes little boys is so common among the urban poor. Oftentimes, victims and their parents are too poor and ignorant to seek justice and in other cases, the fear of stigmatization and culture of silence promotes the activities of perpetrators who escape justice and continue with their criminality. This is the reason behind the setting up and inauguration of a Rapid Response Reporting Desk for domestic, sexual and gender-based violence. The inauguration which took place on the 19th of May, 2021, at Chima Ubani Centre, attracted other CSOs and community-based organisations.

Over time, CRC as an organization has received reports and intervened in many cases of human rights protection and carried out education across its chapters in different states. However, it’s no news that cases of gender-based and domestic violence has become a reoccurring issue and indeed common among the urban poor prevalent in the slums. The Response Team which is a progeny of the Civil Rights Council became a necessity as the organization’s activities in human rights advocacy, protection and consolidation of the rule law covers issues surrounding domestic, sexual and gender-based violence. CRC has also received several reported cases of wife battering, leading to physical and psychological harm, forcing these women out of their marriages. The possible resultant effect of this is the exposure of the affected children to child labour and sexual exploitation and incest. Also, the male-dominant culture makes it difficult for most women to take up the initiative to divulge some of these acts of human rights abuses, often perpetrated by the male folks, to the authorities.

Therefore, in view of these developments, the need for the Rapid Response Reporting Desk to attend to these cases became a necessity especially within the Diobu axis in Port Harcourt, Rivers State. This initiative is to ensure that such cases receive adequate attention by the CRC upon occurrence so as to ensure timely response in each case. To achieve this, collaboration with the media, security operatives and other NGOs is part of the plans deployed to expand the base of this campaign.

During the inauguration lectures, questions were entertained and explanation given by the facilitators on the various dimensions of rights abuse in their communities. The participants promised to liaise with the organization and other relevant partners to fight the menace of human right abuses in all its guise in our society.