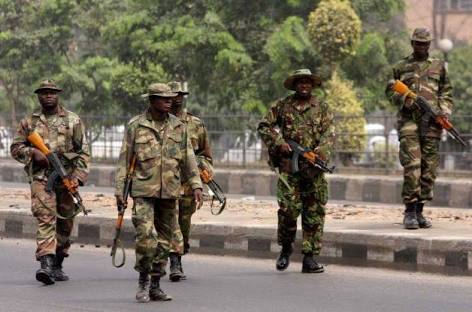 The Lagos Judicial Panel of Inquiry and Restitution, which is investigating incidents of police brutality in Lagos, has determined that the conduct of armed military personnel and police officers against innocent youths at the Lekki Tollgate amounted to a massacre. This summation appears in the final report delivered to the state governor on November 16, 2021, a little more than a year after its inauguration and first sitting in Lagos. This revelation is anticipated to put an end to a year-long debate about whether the soldiers truly committed a massacre.

The judicial panel was set up at the instance of the federal government by the Lagos State Government to examine the shooting event at the Lekki Tollgate and other human rights violations committed by the Nigeria Police against innocent individuals. The panel reasoned that “The atrocious maiming and killing of unarmed, helpless and unresisting protesters, while sitting on the floor and waving their Nigerian flags, while singing the National Anthem can be equated to a ‘massacre’ in context.” The report also indicted the soldiers for parking their vans at the Lekki Toll Gate and removing “as many bodies and corpses of the fallen protesters which they took away with their vans”. It also frowned at the attempt by the military to cover up the Incident of the 20th of October by the cleaning of the Lekki Toll Gate and the failure to preserve the scene ahead of potential investigations. This disclosure only goes to corroborate Social Action’s position on the part played by the government and its agencies in the blooper at the Tollgate which led to the death of those helpless armless, innocent youths.

The Judicial Committee’s discovery, therefore, does not come as a surprise to many observers of this administration’s human rights records, since the outcome has all the trappings of a government with scant respect for the rights of the people. The findings which come in two separate reports surmises in one of the reports that;

1. 11 people died as a result of the shooting in Lekki
2. 23 people sustained gun shoot injury/graze
3. 20 people suffered other forms of injury, harassment and assault from the military and
4. 4 people missing and presumed dead

One Year Ago
In October 2020, hundreds of Nigerian youths gathered at the Lekki Tollgate as a rallying point to protest police brutality and violations of their human rights. The #EndSARS demonstration ended abruptly but ominously when armed military and policemen fired at the peaceful protester, ostensibly, on instructions from the government, leaving many dead. This shooting sparked off violence from several major city centres as footage from amateur videos taken from the scene spread through social media like wildfire. The fire literally engulfed the nation as the violence that ensued escalated and resulted in the vandalization and destruction of properties and even the death of more people, including the police.

Amnesty International had claimed in their report that at least 120 protesters lost their lives to this atrocious act by the Nigerian Army. Other protesters had also reported that some corpses were carted away by the military to cover up the heinous activities that occurred in Lekki that night. These claims, the federal government and the military have consistently, vehemently denied. The government mobilized its propaganda wheel in form of the Minister of Information and the media aides of the President and supported blindly by party loyalists, spinning with earth-shattering ferocity, eviscerating anybody or anything in its path. Hasty and panicky policies were made and promoted to gag the press through the Nigerian Communications Commission, NCC’s threat and imposition of fines on media houses for violating obscure communication codes. Attempts were made to pass a bill to ‘regulate the social media’ through legislation but for strong opposition from active citizens, a vibrant press and vigilant civil society community that thwarted the moves. The federal government even banned or suspended Twitter which they claimed to have supported the #EndSars protest. Selected key participants in the protest were harassed, arrested, and had their accounts frozen and international passports seized, reminiscent of the dreaded military era in the dark history of the country.
It was hoped that the government would have learnt valuable lessons from these incidents, but it seemed that they were more interested in protecting an already battered human rights record and preventing further disaster even if it meant continuing in their path of repression of popular and dissenting voices.

#EndSarse Anniversary
One year later, the Civil Rights Council, CRC, and its allies convened in Abuja and other major Nigerian cities to reflect on the lessons learned and changes implemented as a result of the government’s reaction to the #EndSars demonstrations. Apart from the shift in terminology from SARS to SWAT, it was acknowledged that nothing had changed in the way the police interacted with the public. Police officers continue to extort innocent civilians and take their cash and possessions at gunpoint; roadblocks continue to operate as internal income generation systems for the police. Meanwhile, youngsters around the country gathered to celebrate the anniversary of the Lekki massacre, and police sent warnings to intended protestors to refrain from convening, threatening to use force to crush the planned demonstration. This is harassment and intimidation that has no place in any democratic society; it is equally heartbreaking that it is coming from people who are supposed to safeguard the demonstrators.
It is intriguing that despite the fact that many people were unable to appear before the panel to submit their cases owing to bureaucracy, a lack of funding, and fear of intimidation, the panel nonetheless issued these disparaging assessments about this administration’s human rights record.

Recommendations
The Lagos governor while receiving the reports of the Judicial Panel set up a committee to study and come up with a white paper and final recommendation. We commend the state government’s achievement in that only the panel in Lagos was able to make the findings transparent and available to the public. We do, however, caution the state not to undermine the panel’s findings with a watered-down proposal from another white paper.
The governments should stop the denials and blame game, own up to their mistakes and make a public apology to the youths of the country and victims of this error and make adequate compensation to those who lost lives and property to the tragedy. Those who were involved in the destruction of public and private properties should also be investigated and brought to book.
We also recommend that legal actions be taken against all those found wanting by way of advice, action and inactions that culminated in the death and killings in Lekki and other parts of Lagos state. We advise other states that have shrouded the reports of the panel instituted in their states in secrecy to be courageous, jettison politics and toe the path of Lagos state and make their reports open and available to the public
Finally, we recommend that policies and structures be put in place to ensure this kind of sad and disgraceful, unfortunate incident never repeats itself. If there is just one lesson to be learned from the whole saga, is it that “no nation triumphs against its own people” as the former President Jonathan once observed.