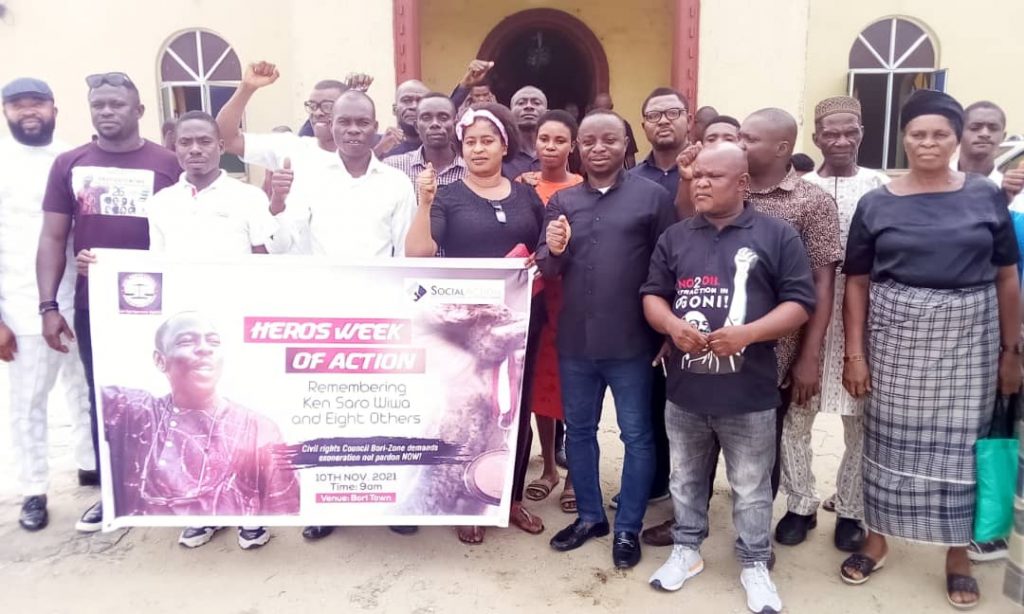 Ogoniland is one of the most polluted areas in the Niger Delta of Nigeria, where decades of reckless petroleum industry practices have severely devasted the environment. The Ogoni, an ethnic nation in Rivers State, waged peaceful struggles against oil pollution from the 1990s. Under the leadership of the Movement for the Survival of the Ogoni People (MOSOP), community members organised protests against the oil companies and the government. The Ogoni demanded recognition of their cultural rights and their rights to livelihoods. Although oil companies produced and exported billions of dollars worth of petroleum from the Ogoniland, the wealth generated from this region does not correspond with the underdevelopment of the area. The communities still lack basic amenities like good drinking water, equipped medical centres and adequate housing. The Ogoni demanded resource control to enable the Ogoni to develop badly needed infrastructure and social services. 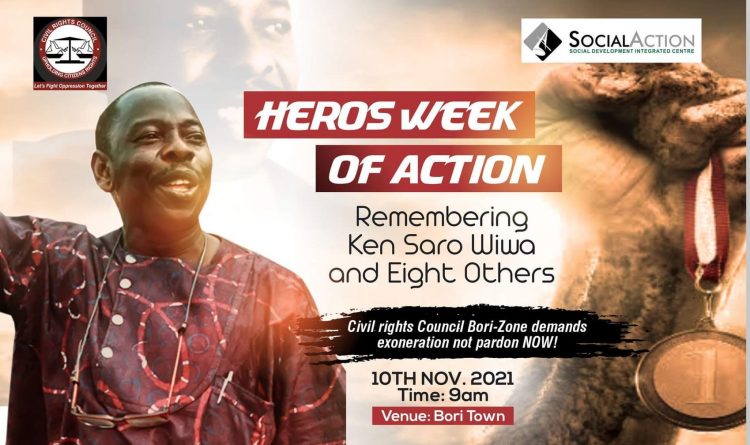 It was for this course that Kenule Saro-Wiwa and eight other Ogoni ethnic activists were killed by the military junta of General Sani Abacha in 1995. The murder of Ken Saro Wiwa was a devastating blow to the Ogoni people as the Prolific writer and environmental Activist dedicated his life to fighting for the marginalized people of Ogoni who lived in abject poverty despite being part of the goose that lays the golden egg.

Marking the 26th Anniversary of the death of Ken Saro-Wiwa and eight others recently in Bori, Civil Rights Council collaborated with other Ogoni leaders to speak up on the needs of the Ogoni people, while demanding the exoneration of late Ken Saro-Wiwa and eight other Ogoni martyrs that were brutally murdered. Speaking at the event held at the traditional headquarters of the Anglican Church Bori, the Zonal Chairman and spokesman of Civil Rights Council, Comrade Dumka Deemua, expressed the need to halt any form of oil exploration in Ogoni land for the best interest of the people as the land needs to heal.

Corroborating Deemua’s statement in his goodwill message, the leader of the Ogoni People Assembly, (OPA) Comrade Williams Probel also stressed the need for not just an exoneration by the federal government but an apology to the families of the deceased who lost their sons in the face of the struggle on the 10th of November 1995. Other prominent sons of Ogoni who spoke were Comrade Aluzim Emmanuel, Professor Zabbey of CERHD and others. Their speeches were targeted at awakening the consciousness of the struggle amongst the Ogoni people and the need for the people to always live with that consciousness in view. Prayers sessions and goodwill messages by religious leaders were crucial parts of the event as the clergymen seized the opportunity to encourage the people to embrace peace and love in the face of the struggle.

Ogoni day is celebrated every 10th of November to mark the death of the six Ogoni activists and to draw attention to the plight of the Ogonis and the devastation of Ogoniland and the need for urgent remediation of the land and environment.