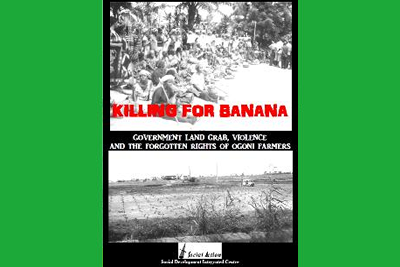 Despite the opposition of thousands of rural smallholder farmers, the Rivers State Government is adamant about its plans to appropriate over 2,000 hectares of ancestral farmlands of Ogoni communities in Tai and Khana Local Government Areas (LGAs) of the state. The state government intends to hand over the land to a private company registered in Mexico, Union De Iniciativa S.A. de C.V., for the development of a commercial banana plantation. This is a prominent example of property speculation via so-called public-private partnerships, which leads to displacement of urban and rural populations. Read full report