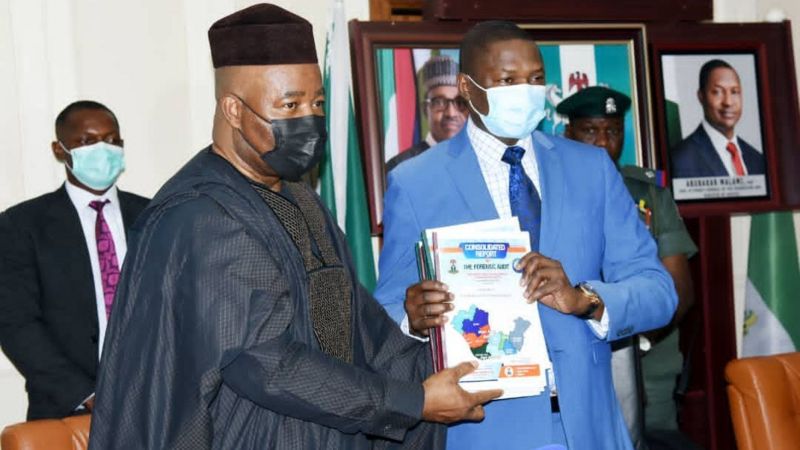 Senator Minister of Niger Delta Affairs Godswill Akpabio presents copies of the forensic report on the NDDC to the President represented by the Attorney General of the Federation, Abubakar Malami Photo credit BBCNews
Please follow and share