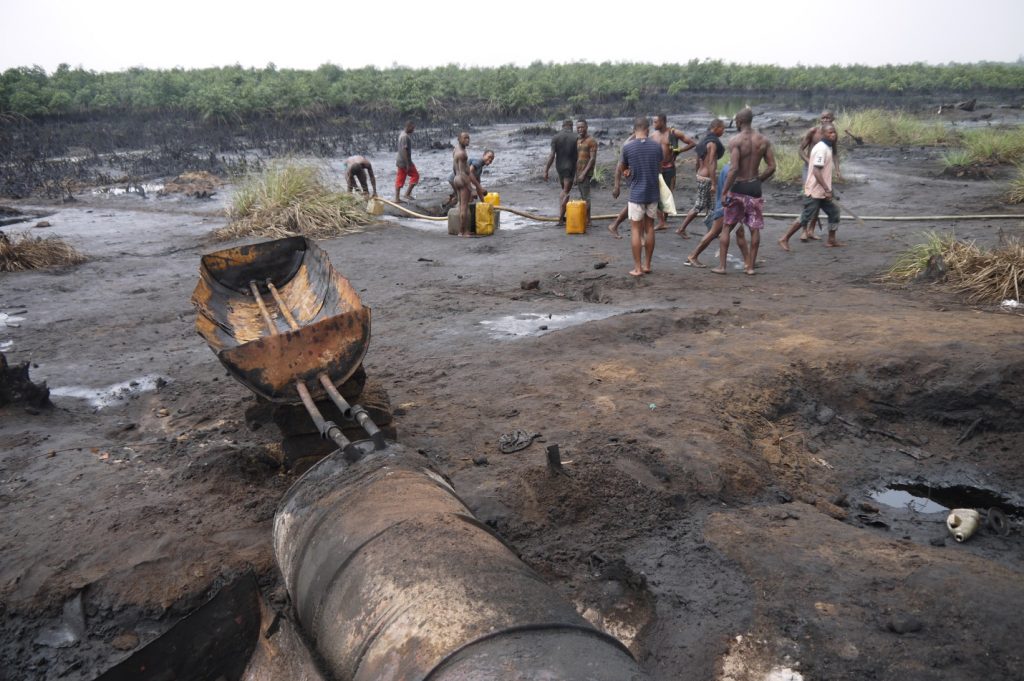 Isaac ‘Asume’ Osuoka, Director of Social Action, reflects on the challenges of researching oil pollution and resource governance in Nigeria

“Why is the mortality rate in Bodo so high?” That was a question posed by Ben Naanen, a professor of history at the University of Port Harcourt. “Every weekend, there are numerous funerals in Bodo”, he informed the group of researchers from universities, think tanks and NGOs working on resource governance issues in the Niger Delta region of Nigeria.

The meeting was convened by Nigerian NGO, Social Action and other institutions to promote research collaboration. The objective of the meeting was to identify immediate research needs by examining how current politics, policies, practices and institutions related to the petroleum industry inform social and environmental impacts.

Like Naanen, other participants know the Niger Delta region quite well. He was born in Bodo, an Ogoni community that has experienced pollution and other social challenges associated with hosting petroleum extraction in Nigeria. Between 2008 and 2009 oil spills wreaked havoc on the community. Farmers and fisher folk lost livelihoods. While the community blamed the spills on Shell, the company originally alleged sabotage of its facilities and refused to compensate victims of the spills. With the Nigerian government apparently unconcerned, and the local courts often delaying judgment on such cases for many years – decades in some cases, the community took the matter to courts in the United Kingdom, one of the home countries of Shell. After the initial proceedings, Shell opted to settle out of court and subsequently paid $84 million in 2015 to the victims of the spills, including over 15,600 fishers.

The day after the research convening, a team from Social Action was accompanied by some of the researchers to Ogoniland. At Bodo, the site of the spill was still polluted over five years after. Just by the main road, we could see the wetlands with dead vegetation and crude floating on the surface of the water. Everywhere we went in Ogoniland we saw the signposts warning people to stay away from the polluted grounds. However, children were playing around some of those places and bathing in the polluted waters.

The signposts were erected following the 2011 report by the United Nations Environment Program (UNEP) report on its Environmental Assessment of Ogoniland. While scholars like Naanen had been decrying the environmental devastation of the area for decades, UNEP indicated that the pollution of Ogoniland was worse than previously imagined. Apart from Bodo, UNEP’s researchers discovered that “community members at Nisisioken Ogale are drinking water from wells that is contaminated with benzene, a known carcinogen, at levels over 900 times above World Health Organization (WHO) guideline. The report states that this contamination warrants emergency action ahead of all other remediation efforts.” As at March 2017, the government has not provided an alternative source of drinking water for the communities despite ceremonies to flag off the implementation of UNEP’s recommendations.

Ogoniland is just a small part of the expansive Niger Delta where the petroleum complex has become one of the main determinants of health and social life. If the UNEP Report provided a glimpse to the devastation, Professor Naanen and other participants at the research convening called for a Niger Delta wide environmental assessment, as well as health studies that could unravel the possible links of the deaths to pollution, or not? “We have to understand that the UNEP Report did not address all the issues. They did not look into the food chain to see the impacts of the pollution on what people are eating”, according to Naanen.

While inside Bodo we could see evidence of fresh cash from the compensation paid by Shell. People were rebuilding their homes. Community members were investing in electricity generators and boreholes to draw drinking water from underground – water that may be polluted. Many of the corrugated iron roofing, which had been severely corroded due to gas flare related acid rain, had now been replaced. There was something more disturbing: Almost all the houses had pictures of the dead, as obituary announcements in posters and banners is now part of the culture in Nigeria. It was not difficult to remember Naanen’s question from the day before.

A few young men from the community had also been killed at ‘artisanal refineries’, illegal contraptions built by local youth to refine consumer fuels – diesel, petrol and kerosene. After a short boat ride from Bodo, we reached one of those ‘bush fire’ sites. The scorched earth and the dead mangroves showed how local youth have become implicated in the destruction of their own environment. Lacking jobs, partly a result of over fifty years of oil and gas extraction displacing them from traditional livelihoods, we see innovation at work here. But this is deadly innovation that saw a few burnt to dead when the metal tanks used to cook crude in the middle of the night sometimes explode. Soldiers sometimes kill some of the operators of the ‘refineries’ during raids. The particular ‘bush fire’ site that we visited had been burnt by soldiers attached to the Joint Task Force (JTF), who local guides allege have been part of the business for years.

What becomes clear is that the local context matters in determining research agendas. If the Niger Delta of Nigeria is the only part of the world with hundreds of artisanal oil refineries, researchers with an understanding of the local context will have to participate in explaining how the current social malaise complicates old problems.

Naanen thinks that we need to go beyond the loss of legitimate livelihoods, community conflicts, corruption, wasted revenues and other manifestations of the ‘resource curse’ to examine the nature of the state itself. “We need to understand why the Nigerian government appears resistant to change. We need to understand why the oil industry is resistant to change”.

On its part, Shell is gradually selling off its concessions onshore and concentrating more on offshore production in the Gulf of Guinea? However, as pointed out by researchers, this divestment from onshore operations too could have some repercussions for community folk. How do they relate to the new indigenous oil companies that are taking over? Who will be responsible for cleaning up the historical pollution?

There are many questions. That is why the researchers in the Niger Delta region of Nigeria agreed to collaborate through a research hub that could be facilitated by Social Action. “The universities are underfunded. That is why we may need an organisation with history and potential in bringing researchers together from different institutions”, according to Naanen.