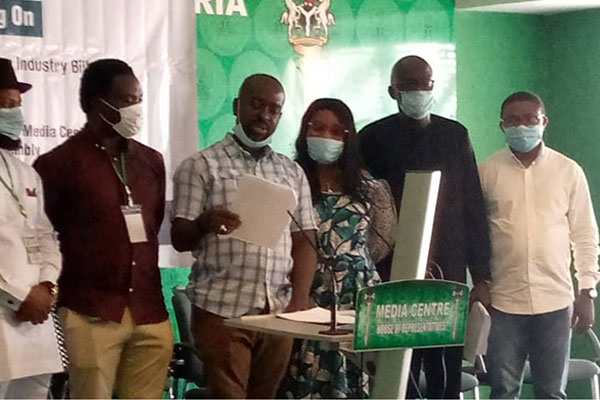 Social Action led concerned CSO and host communities to make representation at the Public Hearing on the PIB at the Media Centre of the National Assembly Complex, Abuja
Please follow and share

However, civil society and host communities’ expectations that the public hearings would provide an opportunity for them to make input into the law-making process were mostly dashed due to the misinformation, haste and tardiness of the entire process. A series of public hearings started on Monday, January 25, 2021, to run through the week at both the Senate and House of Representatives fell short of many stakeholders’ expectations and, particularly, members of host communities and civil society groups. This displeasure was expressed by civil society organisations and representatives of the host communities of the Niger Delta who condemned the way and manner the National Assembly organised the public hearing. 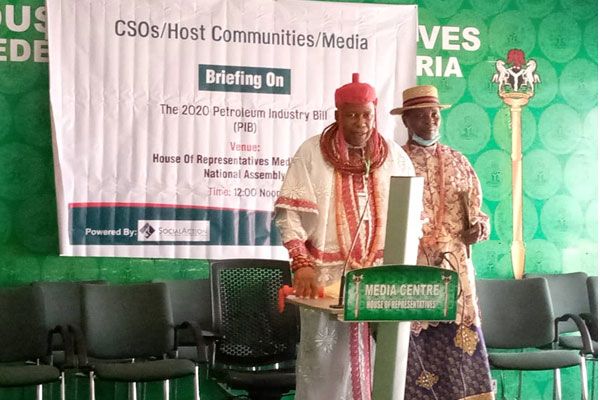 Social Action intervened to call for improvement of the process by organising a media briefing at the National Assembly on Thursday, January 28, 2021, where civil society groups and host communities expressed their concerns. Speaking on behalf of the group, Social Action’s Prince Edegbuo decried the manner the public hearing, and the PIB draft, which has provisions that would promote environmental impunity in the oil industry and exacerbate social dislocation in the oil-bearing communities in Niger Delta State. 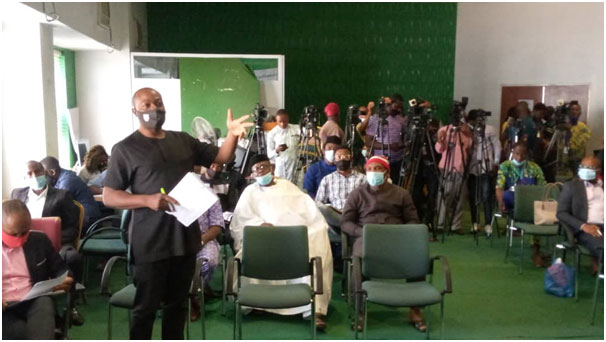 Other concerns raised at the media briefing included the number of days and hours allotted to the hearing. The concerned stakeholders noted that the timeframe allocated for the public hearings was grossly insufficient to address the bill’s various contentious areas. It was also pointed out that the bill in its current form will promote environmental impunity in the oil industry and exacerbates social dislocations in the oil-bearing communities.
Social Action, CSOs and the host communities urged the National Assembly to pay sincere attention to the growing fears and concerns raised by the relevant stakeholders. Rather than hurriedly passing a bill in order to be seen as keeping to its word of ensuring the bill becomes law by the second quarter of 2021, the National Assembly should, as a matter of urgency, take deliberate steps to allay fears and correct the identified gaps. They must ensure that the PIB ultimately promotes the restoration of the heavily polluted environment of the Niger Delta and ensure the well-being and prosperity of the peoples of the oil-bearing communities, and other Nigerian across the country.