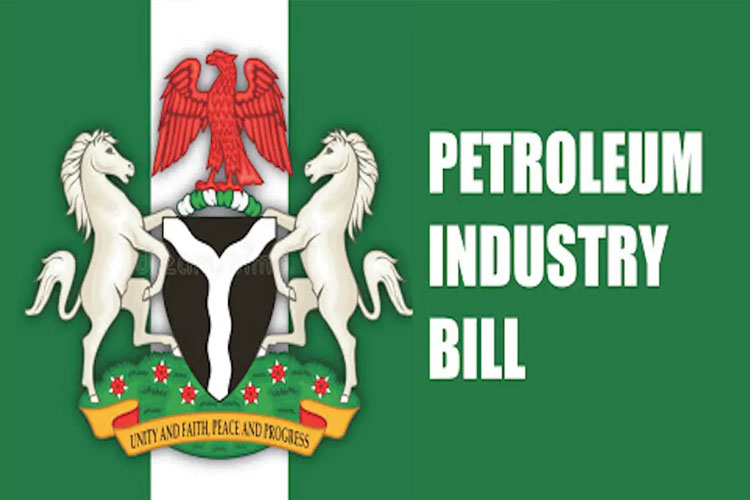 Distinguished Ladies and Gentlemen of the Media, we have organised this briefing to call public attention to major flaws in the federal government’s proposals in the Petroleum Industry Bill (PIB), and our concerns about the manner the National Assembly has managed the Public Hearings on the Bill. Like most Nigerians, we believe that a new set of laws are necessary to govern the petroleum industry in Nigeria. However, the PIB’s proposals, as it is, would promote environmental impunity in the oil industry and exacerbate social dislocation in the oil-bearing communities in the Niger Delta.

We are concerned that the National Assembly has not allowed a fair and adequate opportunity for vulnerable stakeholders to have a say in the legislative processes towards passing the PIB. On Tuesday, January 26 2021, representatives of oil-bearing communities and civil society organisations from the Niger Delta were denied the right to participate in so-called Public Hearings organised by the Senate. After dedicating the first day of the hearing to take elaborate presentations from oil company representatives and government stakeholders, the Chairman of the Committee promised to allow the presentation of host communities’ views the next day. Unfortunately, rather than accord the representatives of oil-bearing communities the same attention, they were denied the opportunity to speak and instead asked to ceremonially hand over copies of their memorandum to the session Chairman.

Again, we noted a similar display at the House of Representatives Hearing on January 27 where members of oil host communities were denied access to the public hearing hall.

We consider the manner the National Assembly has handled host communities and civil society contributions in these hearings as deliberately aimed at ensuring those critical voices are not heard. As the Petroleum Industry Bill is critical to the functionality of the oil and gas sector and the Nigerian economy, it is of utmost importance that all stakeholders are treated equally and accorded the same opportunity to discuss its contents and proposal.

We are also profoundly concerned about the limited number of days and hours allocated to the Public Hearings on the PIB. Each day’s session lasts between 10am and 1pm. On the average, only about three hours are spent on the hearings each day, amounting to only six hours of public hearings in both houses of the legislature. To say the least, this is grossly inadequate and does not indicate a commitment to aggregating and considering all views.

Distinguished ladies and gentlemen, permit me to remind you that the Petroleum Industry Bill is one of the oldest and perhaps most contentious Bills in Nigeria’s legislature. The Bill was originally introduced to the legislature in 2008 at the instance of the federal government. Since then, it has suffered several setbacks, including President Muhammadu Buhari’s refusal, during his first term, to accent to an aspect of the Bill dealing with petroleum governance issues. We supported President Buhari at the time as the Petroleum Industry Governance Bill was grossly inadequate to satisfy the national interest.

In 2020, the Muhammadu Buhari government again submitted the Petroleum Industry Bill (PIB) 2020 to the National Assembly, as a revision of previous versions by the Umaru Musa Yar’dua and Goodluck Jonathan administrations. On its part, the national legislature has announced that it will deliberate on the Bill quickly and pass it by the 2nd quarter of 2021.

While we support a speedy passage of the Bill, we are more interested in such Bill’s content and quality.  As currently proposed, the PIB 2020 is inadequate to address the environmental, human rights and livelihoods concerns of host communities.  Proposal for a host communities development fund does not support the participation of the communities in decision making. The governance structures proposed for the host communities fund deliberately deny any meaningful level of community participation while overtly promoting oil companies’ control and prominence. Oil companies described as ‘Settlors’ in the Bill are empowered to set up the Board of Trustees of the Trusts and conduct needs assessment and produce development plans on behalf of host communities. We believe that the level of emphasis on oil companies could fuel oil industry divide-and-rule tactics and stoke communal conflicts.

It is also important to note that environmental pollution concerns are almost entirely ignored as the Executive Bill focuses more on production and commercial viability of the industry. The PIB 2020 disempowers federal and state environmental agencies from the monitoring and enforcement of environmental regulations in the petroleum industry. While Nigeria records the highest and unacceptable levels of crude oil spills globally, and the country is among the worst in gas flaring globally, the PIB 2020 fails woefully in addressing these issues. There is no clear provision for addressing environmental pollution and sanctioning polluters. The Bill fails to introduce any new measures to encourage the elimination of routine gas flaring.

A key source of contention in the PIB, at least from the point of view of host communities, is the fact that it places responsibility for the protection of pipeline and other oil infrastructures with the communities. According to the Bill, the host community advisory committee ‘take responsibility for first line protection of facilities and ensure that petroleum operations are uninterrupted by members of their community failing which, benefits from the trust to the host community shall be disallowed’. Its stats further that

“Where in any year, an act of vandalism, sabotage or other civil unrest occurs that causes damage to petroleum and designated facilities or disrupts production activities within the host community, the community shall forfeit its entitlement to the extent of the cost of repairs of the damage that resulted from the activity with respect to the provisions of this Act within that financial year”.

Previous researches conducted by Social Action reveals that oil theft which is the major reason for puncturing oil pipelines is carried out mainly by armed cartels who are most times not even members of the community. Placing the responsibility of protecting oil installations from armed gang members on unarmed communities is simply an unrealistic expectation. If this provision is allowed to stand, it could result in consistent denial of benefits which could in turn engender conflicts.

We request members of the National Assembly to give ample time for host communities to make presentations on the Petroleum Industry Bill. The National Assembly can achieve this by working with the state houses of assembly in the various states to hold public hearings and reduce the burden of poor community members travelling to Abuja for hearings only to be denied participation.

Please collect copies of a briefing paper by Social Action that addresses concerns about the Petroleum Industry Bill’s provisions in more detail.