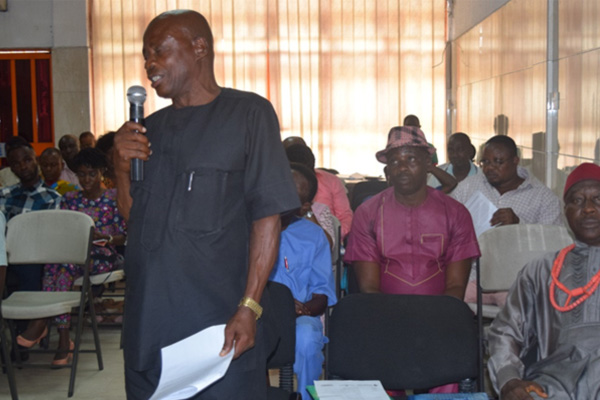 In a 17-Point Position unanimously adopted by the civil societies and community groups from Akwa Ibom, Bayelsa, Delta, Edo and Rivers States at a Town Hall Meeting on the PIGB recently held in Port Harcourt, the groups noted the absence of a definite date for the stoppage of routine gas flaring. This omission is not only a major setback for the environment but also a big blow to the people of the Niger Delta who have been unjustly subjected to pollution through mindless flaring of associated gas since the commencement of petroleum exploitation in Nigeria in the 1950s.
The groups stated that they had hoped that the lawmakers would have used the opportunity created by the petroleum legal regimes review to put an end to decades of the deplorable practice of gas flaring by enacting clear-cut provisions for its criminalisation. The citizens regretted that the failure of the National Assembly to act on gas flaring reinforces the perception of oppression and state injustice against the communities of the Niger Delta.
The groups further pointed out that many of the provisions of the piece-meal Bill are at variance with the demands of accountability. In the proposed law (Section 4), the Nigeria Petroleum Regulatory Commission is to take over and perform role currently performed by the Petroleum Inspectorate, the Department of Petroleum Resources (DPR) and the Petroleum Pricing Regulatory Agency (PPPRA). According to Dr Simon Amadougboha, an expert in energy law, “the Commission is saddled with functions that are at cross-purpose with each other. For example, Section 5(f) mandates the commission to “promote an enabling environment for investments in the Petroleum Industry” and in so doing “ensure that regulations are fair and balanced for all classes of Lessees, Licensees, permit Holders, Consumers and other Stakeholders”. A Commission with such mandate cannot by itself turn around to (Section 5(a), “ensure strict implementation of environmental policies, laws, regulations and standards as pertains to oil and gas operations”.

The groups described as sad and an aberration, the rejection and deletion from the Bill by the National Assembly, of all provisions that may give room for the Federal Ministry of Environment to demand environmental compliance in the petroleum industry as obtains in other parts of the world. Instead, the National Assembly has passed a PIGB that removes the powers of the Federal Ministry of Environment and other environmental regulatory agencies over environmental issues in the petroleum industry in Nigeria.
The CSOs and community groups, therefore, reiterated that President Buhari must take steps to ensure that the anomalies inherent in the Bill were not allowed to stand as law in order to safeguard the environment, lives and rights of the people of the sites of extraction. Instead, the Bill should be returned to the National Assembly which should make necessary amendments that entrench proper regulatory standards and best practices in Nigeria’s petroleum sector and to ensure that country sustainably harnesses the benefits of natural resource for its people.