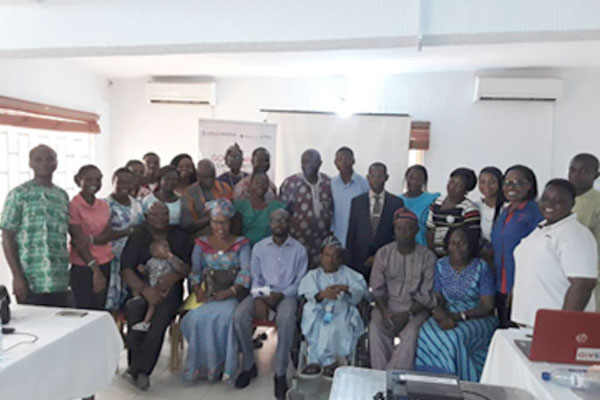 As part of ongoing anti-corruption work at the sub-national levels of government, Social Action organised State Level Sensitization Workshops in the Niger Delta region of Nigeria during the first quarter of 2018. The workshops aimed to enhance the capacity of CSOs to understand the budget and to use it as a tool to engage the government on accountability and good governance. Representatives of citizens groups participated in the workshops in Akwa Ibom, Bayelsa, Delta, Edo, Ondo and Rivers States. Over thirty participants in each of the States received training on budget processes and participation, and strategies for achieving budget democracy and accountability.Facilitated by Peter Mazzi and Prince Ekpere, the participants discussed the importance of the public budget and its impact on the socio-cultural dynamics of the different focus areas and general interest of the community groups represented at the workshops. The need for an Open Budget regime, where the budget and other fiscal documents in the States would be made proactively available and accessible to the public, was stressed. Also maintained was the importance of oversight institutions carrying out their functions without being coerced of gagged.
In each of the workshops, participants were divided into groups in break-out sessions to identify the processes that are not in place in their respective States and to come up with strategies on engaging the government to put them in place to ensure spaces are created for citizens to play in relevant processes. In most of the States, the groups recognised that activities like notice for Call Circular, Town Hall Meetings, and Public Hearings were not put in place by the governments in the States. They also observed that the Auditor General and Accountant General’s Reports are not made available to the public.

The outcome of the workshops was improved awareness of the groups about the budget and the formation stages, enhanced capacity to analyse it and use it to engage critical actors in the budget process. Overall, there was the understanding of the need to demand inclusive governance in their respective States.
Participants resolved to fine-tune the strategies identified in the workshop towards creating awareness, mobilise citizens to pressure the government to enshrine these processes in legislation and regulations so that citizens can hold the government to account on any breach of due process leading to the formation of the budget.
Other resolutions made include:
• To monitor 2018 budget implementation by studying and analysing the Appropriation Laws
• Study the Auditor General’s Report, where available, and follow-up on documented infractions.
• Send representatives to the House of Assembly to notify them and partner with them on oversight visits of projects in the states.
• To sensitise citizens in their respective states to be interested in the fiscal matters of the states and also to mobilise citizens participation in the Formulation, Approval, Execution and Evaluation processes of the budget formation.

Although there where great interests shown by participants in the workshop, it was clear that they lacked knowledge about the budget processes and information on what the government is doing in the financial circle is scarce. Participant requested for more of such training as this to further enhance citizens interest and participation.