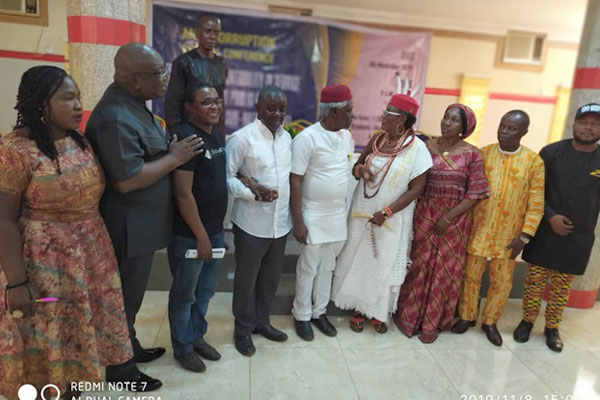 PRAMBLE
Civil Society Organizations and other stakeholders in the development of the Niger Delta region gathered in Asaba, Delta State to share information on developments around management of public resources including budget execution in states of the Niger Delta.
The Conference was held at the TopView Hotel in Asaba, the capital city of Delta State. It was a platform for interaction between State actors and the citizenry on issues of budget performance.
The Conference featured Public unveiling of the Citizens Report on the state of Service Delivery in the Niger Delta Region for the year 2018 titled, “Closing the Gap between Intents and Realities.”
In attendance were policy makers, parliamentarians across the Niger Delta region, the academia, anti-graft agencies, Civil Society Organization (CSOs) and the media – investigative reporters. The participants dialogued on approaches to combating the phenomenon of low public budget performance and service delivery at the sub-national levels towards achieving optimal judicious use of public resources and attaining the development aspirations of citizens in these areas.
The dialogue focused on the following:
1. Promoting constructive dialogue on how corruption in the budgeting process could be eliminated to bring about improved service delivery.
2. Transparency in public projects implementation and the imperatives of active citizens’ engagements and participation.
3. Creating a platform for trust-building between citizens and the government through constant interaction that is envisaged to lead to the achievement of good governance objectives.
4. Opening up of discussions around realistic budget estimates and projections for improved budget performance and service delivery.

OBSERVATIONS
In the course deliberations at the Conference, the following observations were made:
1. That the Niger Delta has no reason to be underdeveloped considering the amount of resources as well as number of intervention programmes and agencies devoted to the development of the region.
2. That there is lack of proper planning in the budget process of some states in the region.
3. That there is lack of clear cut entry points for citizens’ participation in the budget process.
4. That there is an undue politicization of the budget process.
5. That the budget failures recorded so far in the States of the region have not been totally owing to actions of government, officials, but that inadequate actions by the Civil Society was also responsible for the failure of budgets.
6. That the budget is the roadmap or blueprint for the development aspirations of the people of and therefore its effective implementation was crucial to the development of the region.
7. That budget education and awareness at the grassroots is at a low ebb.
8. That there are numerous frivolous provisions,especially in the recurrent expenditure component, that puts too much pressure on the budgets.
9. That budget preparation in some states were usually secluded from the citizens and this in turn, affects its implementation.
10. That there is a lot of corruption along and around the budget process.
11. That Budgets and other fiscal documents are hardly available to the citizens and public.
12. That unrealistic demands on contractors by some communities adversely affect budget implementation.
13. That the value system in Nigeria adversely affects the budget process.

RECOMMENDATIONS:
In chatting the way forward to promote accountability in service delivery and public finance management at the sub-national level, participants at the conference made the following recommendations:
1. That state governments in the region make the budget more inclusive, realistic and needs-oriented.
2. That governments increase service delivery in the region by shoring up the level of budget implementation.
3. That the National Orientation Agency (NOA) be upgraded to the Ministry of Indoctrination.
4. That grassroots sensitization on the budget be simplified (such as in local languages, etc).
5. That there be more grassroots sensitization on citizens’ participation in the budgeting process.
6. That Civil Society Organizations engage and influence more government policies and actions.
7. That CSOs and citizens, put pressure on governments in the region to be to be more accountable.
8. That government in not just the region, but the country at large, be more resolute in meting out appropriate punishment/sanctions against those who indulge in corrupt acts, especial around budget formulation and implementation.
Participants generally resolved that the task of promoting accountability in service delivery and public finance management is a shared responsibility for all – government, CSOs, the media, traditional ruler and citizens.
Signed:
Akaeze Bonny –Delta Anti-Corruption Network
Olise Mark – Ndokwa Movement, Delta State
Ms Precious Goma – Rivers Anti-Corruption Network
Kalap Sebastian – Rivers Anti- Corruption Network
Miriam Daniel- AkwaIbom Anti-Corruption Network
Akeghayifa Diffa– Bayelsa NGO Forum (BANGOF) 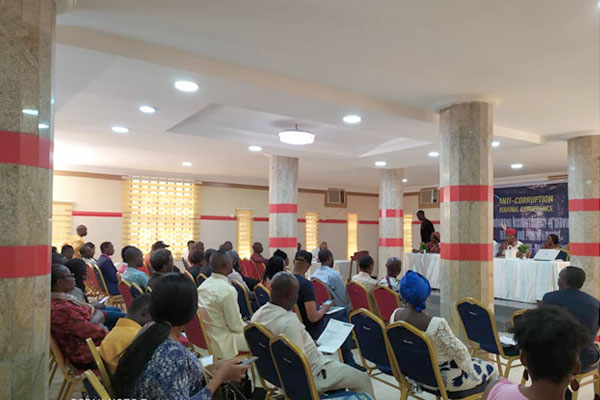