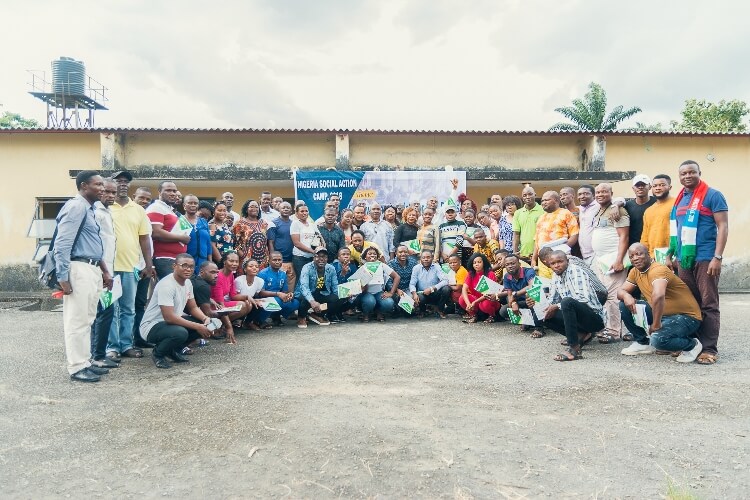 From October 2–6, 2018, the Nigeria Social Action Camp, an annual event promoted by Social Development Integrated Center (Social Action) with the support of the Rosa Luxembourg Foundation held in Aluu, near Port Harcourt, Rivers State. It is part of initiatives to raise popular consciousness and participation through collaborative learning, mobilisation and solidarity for communities and activists working for environmental justice, democracy and social change in Nigeria.The event created an opportunity for alternative education, solidarity building and political actions for activists, students and youth groups, NGOs, labour groups and civil rights organisations. Events Album: Recreating the Civil Rights Movement in Nigeria through Popular Education 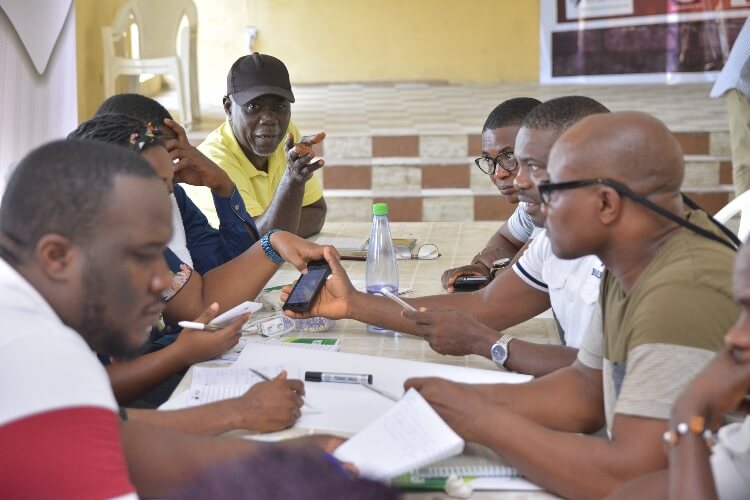 With a particular focus on reviving the civil rights movement in Nigeria, and to support citizens’ anti-corruption initiatives, activities contributed to training participants on basic skills of community mobilising, effective alliance building with the media and using public awareness to influence social change. Other objectives included increasing participants’ knowledge on the basic principles of the rule of law, citizens’ rights and human rights advocacy within communities; establishing local Civil Rights Councils with community ownership across the country; and setting up legal procedures, operational structures for such councils through the adoption of a constitution and other working principles. 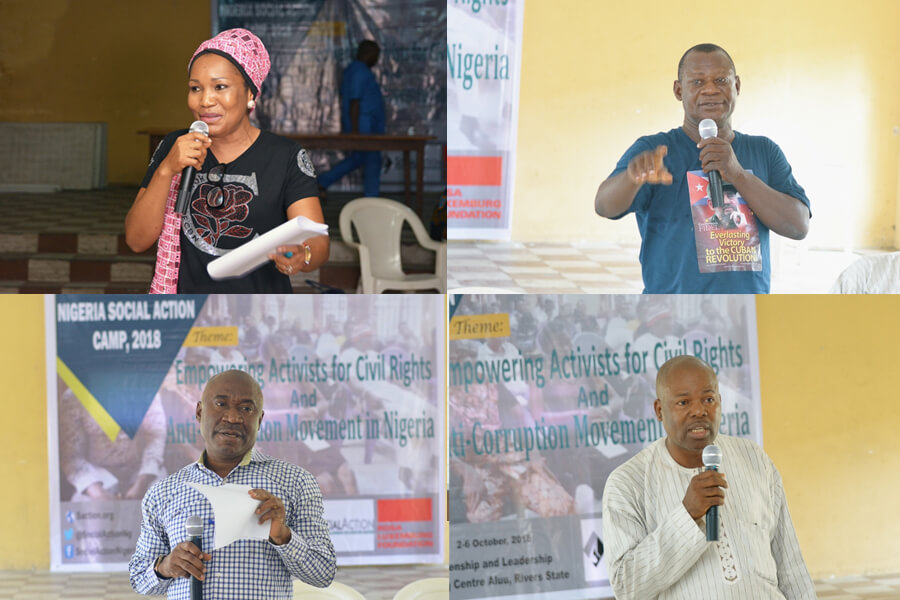 In the opening session, Vivian Bellonwu Okafor, Programmes Director of Social Action informed participants that Social Action started its Popular Education programme in 2008 with seminars, study centres in some cities such as Port Harcourt, Calabar, Benin City, Owerri and Abuja. The annual Camp enables activists in the different centres, and other parts of Nigeria, to come together to learn alternative theoretical ideas, and the practical skills needed for the work to make change happen.

Bellonwu-Okafor pointed out that ‘’our previous Camps led to the emergence of the Civil Rights Councils. At the 2017 Camp in Owerri, participants identified the need to develop structures to enable them to serve directly, within their communities, in advancing rights. Civil Rights Councils are intended as membership organisations without structural links to Social Action’’.
Speakers in the opening day included Dr. Sofiri Peterside of the University of Port Harcourt and Abiodun Aremu of the Amilcar Cabral Ideological School, Lagos.
Beyond learning about theories and practices, the 2018 camp involved physical fitness and sporting activities and other social exercises in building inter-ethnic and inter-religious solidarity. From the second day, participants, divided into groups participated in a football competition.

On the second day, there was a presentation by Dr. Chijioke Uwasomba of Obafemi Awolowo University, Ile Ife on The Neo-Colonial State, Human Rights and the Rule of Law in Nigeria: The Challenge of Empowering Citizens Actions. After interactions from participants, they were then divided into groups to discuss the paper and make their submissions on the theme of the presentation.
Following the theoretical session, participants participated in a workshop, facilitated by Chiemeke Onyeisi, which focused on the provisions of Nigeria’s 1999 Constitution and human rights.

On the third day, presentations by Abiodun Aremu and Chiemeke Onyeisi gave insight into the vital concepts and tools of community organising. Comrade Aremu explained essential concepts integral to community organising such as Clarity, Conviction, Commitment and Organizational discipline, maintaining that these terms are fundamental in mobilising community people for action.

Chiemeke Esq facilitated a workshop on Unlawful Detention and Citizens Rights. Participants acted a short drama on the theme, YOU ARE UNDER ARREST, to clearly point out the nature of unlawful arrests in Nigeria and the constitutional rights of citizens.

Short drama demonstrating the effect of unlawful detention and human right violation
Later, Civil Rights Council members gathered and deliberated on a draft constitution of the organisation, moderated by Arochukwu Ogbonna. Members from Port Harcourt, Warri, Bori, Calaba, Abuja, Enugu, Owerri and other towns contributed to the draft constitution. After a robust debate, it was agreed that all imputes be taken into consideration in the final draft document.
The fourth day focused on Strengthening Citizen’s Advocacy Against Corruption. Professor Nna Johnson of the University of Port Harcourt in his lead presentation, Colonialism, Neo-Colonialism and Corruption in Nigeria, traced the history of state formation in Nigeria and concluded that it is the colonial character bequeathed to the Nigerian state that gave rise to the culture of corruption.
Ken Henshaw, Osagie Edigim and Peter Mazzi facilitated workshop sessions on the different aspects of corruption and impacts on rights and livelihoods of the people, the Freedom of Information Act and opportunities for citizens action, and how citizens could act to monitor the implementation of public budgets.

The day ended with a campfire/tales by moonlight where Professor Andrew Efemini of the University of Port Harcourt traced the history of the Nigerian State and the struggle by various groups to enthrone an egalitarian society. For him, Nigeria has remained the way it is because the citizens have refused to take the initiative to engage state actors on policy implementation on the process of governance. He encouraged participants to struggle against corruption, by raising critical questions on emerging issues in the polity and fight collectively for a better Nigeria.
On the whole, the 2018 Camp provided participants a window to discuss various aspects of the country’s political economy, enabled them to acquire the skills and build platforms to mobilise Nigerians to participate in the political and governance processes.