The evil of corruption and its corrosive effects to the development and wellbeing of Nigerians was ones again highlighted in two town hall meetings organised by Social Action in Port Harcourt, Uyo and Yenagoa on the 5th, 12th and 24th of October 2018 respectively. Participants drawn from different civil society and community-based groups agreed that the problem faced by the peoples of the Niger Delta is not that of lack of resources but of the mismanagement of the wealth that has accrued to the region over the years.

In the workshop session, titled Strengthening Citizens’ Advocacy Against Corruption, Ken Henshaw reasoned that while grand corruption is perpetrated in a large scale, petty corruption is the one that happens very close to the people and has a direct negative bearing on them. 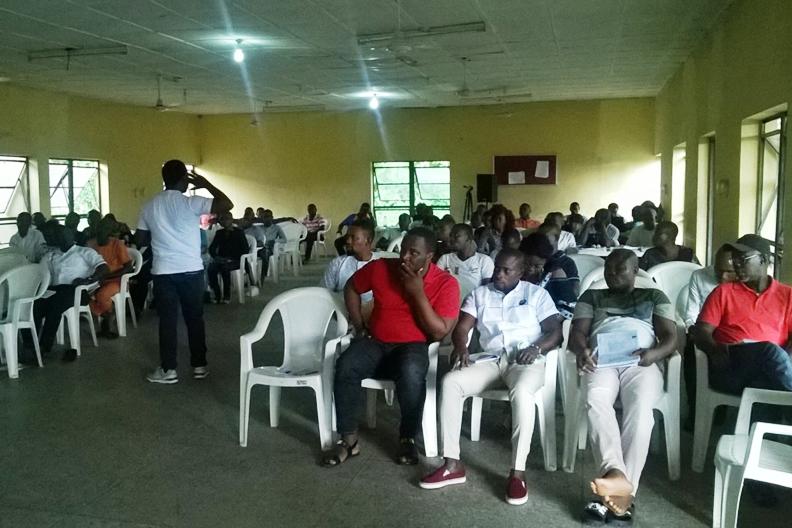 Workshop session at the Town Hall Meeting in Port Harcourt

Edo State Civil Society Organisations (EDOCSO), represented by Osazee Edigin gave a step by step process on how to task the government on implementing the Freedom of Information (FOI) Act. The EDOSCO representative gave an account of how civil society coalition in Edo State dragged Edo State Oil and Gas Producing Area Development Commission EDSOAGPDEC to court over failure to provide details of the construction of some police station building projects that were abandoned at different locations in Edo State.

In a brief description of what public budgeting is, Peter Mazzi explained the importance of budgeting and the critical components of the fiscal document. One of the tools he identified as germane in the fight against corruption is the budget document and other relevant fiscal management information. 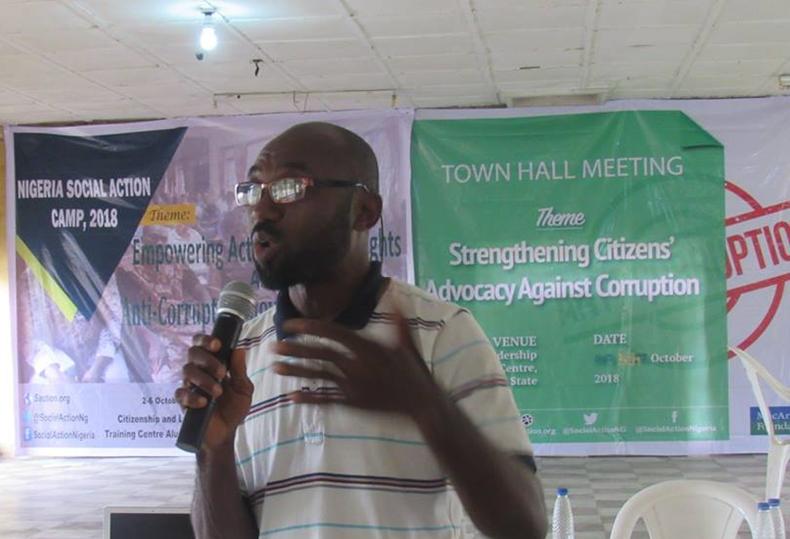 Peter Mazzi Explaining the Tip-off signed in the capital budget

Tijah Bolton-Akpan in a discussion on the Public Procurement Law in the Town Hall Meeting at Uyo introduced the Public Procurement Law (PPL) and explained its importance in preventing corrupt practices through procurements. The PPL was first introduced to the House of Assembly as an Executive Bill in the regime of Obong Victor Attah as the governor of Akwa Ibom State and also reintroduced in the time of Godswill Akpabio but was not passed in either case. The bill is currently being redrafted to be introduced again to the House. 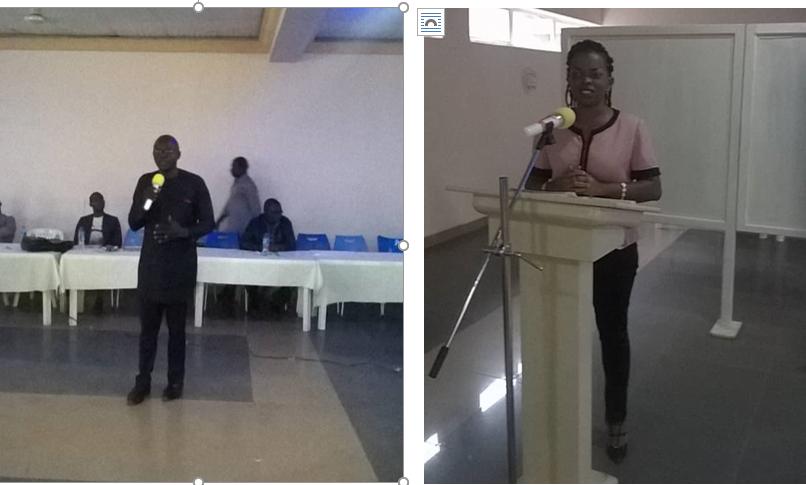 With the help of a slideshow, Ann Udonte representing the Anticorruption Network in Akwa Ibom state, showcased the decay in the education and health sector as was experienced during the capital project monitoring exercise carried out in selected communities in Akwa Ibom State by the Social Action supported Network Cluster. 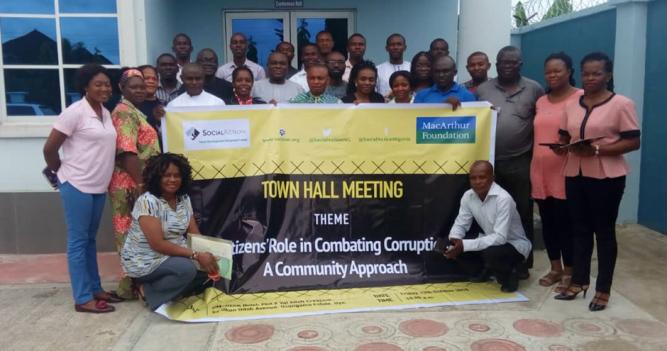 Some participants of the Town Hall Meeting in Uyo

In Yenagoa, the chairman of Bayelsa non-governmental organizations forum (BANGOF) Mr Robinson Kuruboghogha reeled out the role of citizens and citizens group in the fight against corruption, saying corruption has taken the centre stage in all sectors of our public life and therefore stressed the need to resist corruption. Mr Robinson encouraged citizens to ensure that credible persons are put in positions of authority and trust.  He further enjoined citizens to increase the demand for transparency and accountability from those in public offices, he decried the none functionality of the due process office and said it was time for citizens to rise up to the occasion and kick corruption out of Nigeria.

There were other presentations by resource persons at the Yenagoa Town Hall Meeting.

After each session at the different locations, participants had the opportunity to contribute and also ask questions in an interactive setting. The participants were charged to engage the governments in their different states and localities to put in measures to ensure citizen’s participation in the budget process and also show interest in how the government spend their commonwealth. This is with a view to performing oversite of the project around them and therefore holding the responsible duty bearer accountable for non-performance