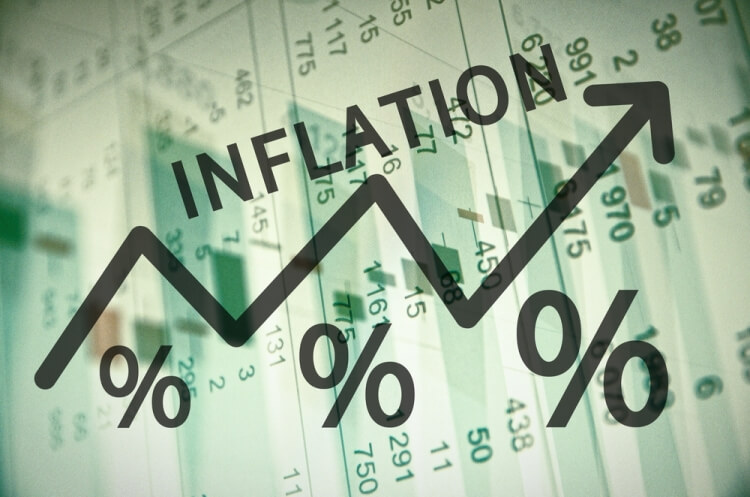 By Lukas Nwachukwu
At present, Nigeria’s economy is at a crossroad, it is undergoing a severe economic crisis with unsustainable public debt profile, a dizzying double-digit rate of inflation, astronomical rise in unemployment rate. These have continued to cause considerable hardship for many Nigerians. The negative implications of these poor economic indices for Nigeria economy now appear to be incontestable.
Nigeria’s headline inflation rate currently stands at 18.17%, while food inflation rose from 21.79% in February to 22.95% for the month of March 2021. This is driven by the impact of Covid-19 pandemic, plummeting oil price which is Nigeria’s main export and this has weakened the naira that is currently exchanging for N482 to $1. The current inflationary trend finds explanation in monetary and structural forms, this means that consumer demand far exceeds the supply of goods and services, that is, too much money pursuing few goods, and rising costs of labour push prices even higher. Sadly, with the poor management of the economy by the Muhammadu Buhari-led government, it is not likely to recede in the near future. In fact, we may be on the verge of hyperinflation as suggested by the alarm raised by Governor of Edo State, Godwin Obaseki that the federal government allegedly printed N60 billion for monthly allocations to states in March. The Minister of Finance Zainab Ahmed have refuted this claim though and the Central Bank of Nigeria has equally maintained that Nigeria’s inflationary pressure remained largely subdued. However, what is clear is that this increasing inflation rate is threatening to exceed permissible range and the economy team of this government must look inward and strategize on how to stabilize the economy and insulate it from adverse economic shocks.
Previous and current economic analyses have demonstrated that larger fiscal deficits are associated with higher inflation in low-income countries. Such is the case in Nigeria with over N5trillion budget deficit in the 2021 budget year, which is almost 40% of the entire budget, making the relationship between fiscal deficits and inflation significantly stronger, coupled with weak fiscal institutions. This is consistent with the view that this government cannot be trusted to seek alternative means to generate revenue, but rather continue to borrow to finance deficits.
Nigeria’s mono-economy or “petro-economy” puts the country in zero-alternative position. If there were to be significant slowdowns in the economic activity of our major buyers, for instance, if the United States of America buys less crude oil, the prices will crash and consequently, the Nigerian budget will take the fall for it. This will leave the country stuck with the various offshoots of the crisis, such as dwindling revenue, weak naira, fall in foreign reserves etc.
Nigeria’s public debt profile is also a source of concern, with a current debt profile of N33 trillion and projected to rise to N38 trillion by the end of 2021. Debt servicing is estimated to gulp over N3trillion in the 2021 budget. To put this into context, a larger percentage of the debt service payment is to private creditors. For instance, in 2020, 55% of the debt service payment was made to private creditors, with multilateral getting 30% and bilateral getting 15%. The implication of this high debt servicing to private creditors is the associated higher interest rates they offer. If the country continues this way, the debt/GDP ratios projected for 2021 financial estimates will remain unsustainable. Given this concern and assuming that deficits cannot be leashed, how might the debt/GDP ratio be reduced? Consequently, the higher debt overhang (a higher debt/GDP ratio) increases the incentive to inflate.
This economic recklessness of continual borrowing and printing of currencies not backed by investment or revenue generation if not duly considered, will adversely affect the country’s monetary stability and lead to an increase in the existing money supply and creates favourable conditions for the manifestation of inflation.
Essentially, the federal government should re-evaluate the medium-term expenditure framework and fiscal strategy numerical target(s) for inflation, and adjust projections, this will help improve institutional commitment to price stability as the primary goal of monetary policy, and not just monetary aggregates or the exchange rate, which are used to decide the setting of policy instruments.
There should be increased transparency of the monetary policy strategy and increased accountability on the part of the central bank for attaining its inflation objectives. Under this framework, the central bank must make alternative revenue generation and controlling inflation its overriding objective and maintaining internal price stability and keeping growth in demand for the non-oil sector.
Instead of spending a large mass of the budget year to debt servicing or repaying loans, the government should cut down on the acquisition of loans from private creditors, and explore the option of debt swap, where the government will negotiate with the creditors to reduce debt and invest the reduced amount into agreed-upon social project. This is a win-win strategy, where the creditor recoups a portion of the loan while the government gains additional investment covering critical sectors such as health, education etc.