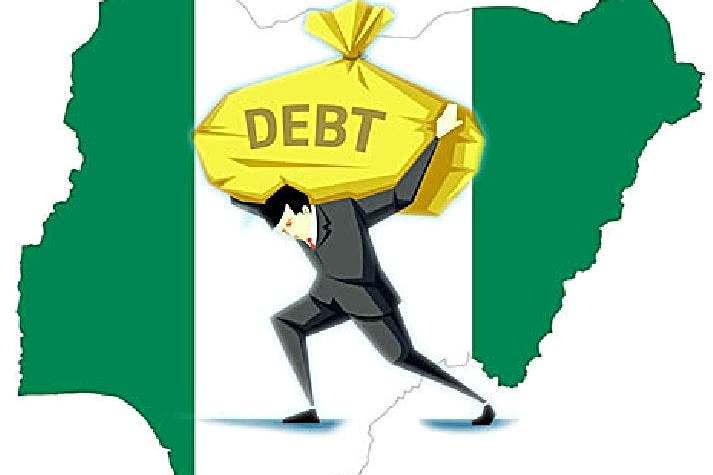 Social Action notes with serious concern that Nigeria seemed to have been trapped in another web of indebtedness barely fifteen years after the Paris Club debts cancellation under the debt-buy-back deal. The insatiable quest and penchant for borrowing has again reared its ugly head under the current administration with the nation’s debt profile skyrocketing with each passing day. Despite public outcry, the Buhari-led administration has continued on a reckless trajectory of borrowing that has seen the country’s debt profile rise to $86billion with external debts component soaring to $33billion. In what appears to be another display of flagrancy, the Senate on April 21st approved a whooping sum of $1.5billion and €995m loans for the Federal Government even when some members of the Senate raised concerns over what they termed unnecessary loan.

According to the lawmakers, the $1.5 billion would be sourced from the World Bank to finance critical infrastructure in the aftermath of the COVID-19 pandemic across the 36 states and the Federal Capital Territory (FCT), while the €995 million would be sourced from the EXIM Bank of Brazil. It was further stated that the loan would finance the Federal Government’s Green Imperative Project and enhance the agricultural sector of the economy. However, details of projects to be financed with the said loan are not made available, neither is the conditionality of the loan made public.

Reacting to the development, Social Action’s communications officer Comfort Agbebaku calls the approved loans unnecessary. She noted that experiences of the past loans taken shows no direct impact of the loan on the citizens but rather represent a burden not only on the current generation but also on the unborn generation.

It would be recalled that in March 2020, the Nigerian lawmakers had raised alarm over the rising debt profile. It is thus surprising that the same lawmakers went ahead to audaciously approve more borrowings for the federal government. According to the Debt Management Office (DMO), Nigeria debt profile as of December 31st 2020 stood at N32.915 trillion, a 20.13% increase from the previous year, with the government using about 60% of its earnings to offset loans. This lackluster attitude in debt management could be attributed to outright corruption by political office holders, misplaced priorities and unbridled cost of governance. It happens that the ruling class in Nigeria is only borrowing to finance its class greed at the expense of national development. While it is not wrong to borrow to finance key development projects, such as improving investment in Agriculture, there is need for details of how the fund will be utilized. Prior to submitting borrowing request, the government should make available to the public a framework of what projects funds are to be utilized for as well as the loan repayment plan. This will enable the citizens to monitor the utilization as well as the benefits accruable from the loan.

Social Action calls on the Nigerian government to stop mortgaging the future of the country for some immediate personal gains. The country is in a precarious economic situation that requires prudent spending rather than borrowing frivolously and spending bulk of the yearly budget to finance debt repayment. The Nigerian economy is weak, with high unemployment rate and galloping inflation, borrowing, therefore, to augment budget deficits which are mainly from debts servicing is detrimental to the economic health of the nation. We call for a moratorium on further loans, the stocktaking of the previous ones and their impact evaluation before further loans are approved. We want a government that can serve its people, stand for them and ameliorate the challenges they currently face. Recurrent troubling issues like the hike of Premium Motto Spirit (PMS) should also be addressed.

We also call on the government to revamp the nation’s ailing refineries, at reasonable costs, to meet local consumption and stop the importation of PMS at ridiculous cost.  The twin issues of unemployment and inflation in the consumer market as well as high electricity tariff should be addressed with massive investment in Agriculture, industry and the power sector. Investment in agriculture without addressing the security challenges facing the country, the incessant kidnapping across the country, will amount to a colossal waste of resources. Security situation in the country should be prioritized to create the enabling environment for sustainable investment that will engender real economic growth and development. President Buhari should lead the nation aright and refrain from this insatiable quest for loans that do not impact on the lives of Nigerians.