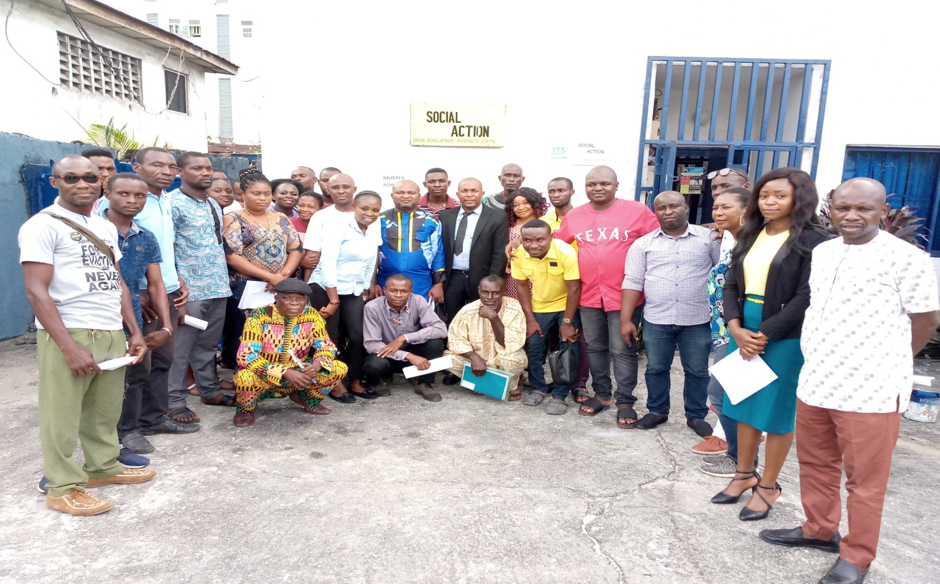 Civil Rights Council, Rivers state, on the 10th of December, 2019, conducted a workshop to mark the International Human Rights Day. The workshop which lasted for four hours was held at the Chima Ubani Centre, Port Harcourt, with members from the different CRC units in Rivers States and the media in attendance. The workshop was organised to strengthen the resilience of members of CRC in the struggle for the realisation of basic human rights and also to reinforce the capacity of members in speaking out against human wrongs and in standing up to defend their rights and that of others.

In his opening speech on the theme “Youth Standing Up For Human Rights”, the national coordinator of the Civil Rights Council Barr. Arochukwu Paul Ogbonna explained the significance of the International Human Rights Day. He noted that with the rise in the cases of human rights violation by state and non-state actors, it has become imperative for young people to act as agents of change in advancing human rights, justice and rule of law in Nigeria.  He further urged the youth to shift their attention from crime and “rather, engage constructively with state actors and government officials to ensure that they act within the bounds of the law and that the rights of the citizens are respected”.

Highlighting the achievements of the Civil Rights Council, the chairman of the Civil Rights Council, Rivers chapter, Mr. Prince Wiro gave an extensive run down of the intervention of CRC in different cases ranging from rape cases, violation of rights by private persons and corporations and the arbitrary use of power by security operatives including cases of illegal arrest, torture and detention. He also added that the workshop was part of CRC’s strategy in instituting a more aggressive fight in curbing human rights abuses in all its forms. 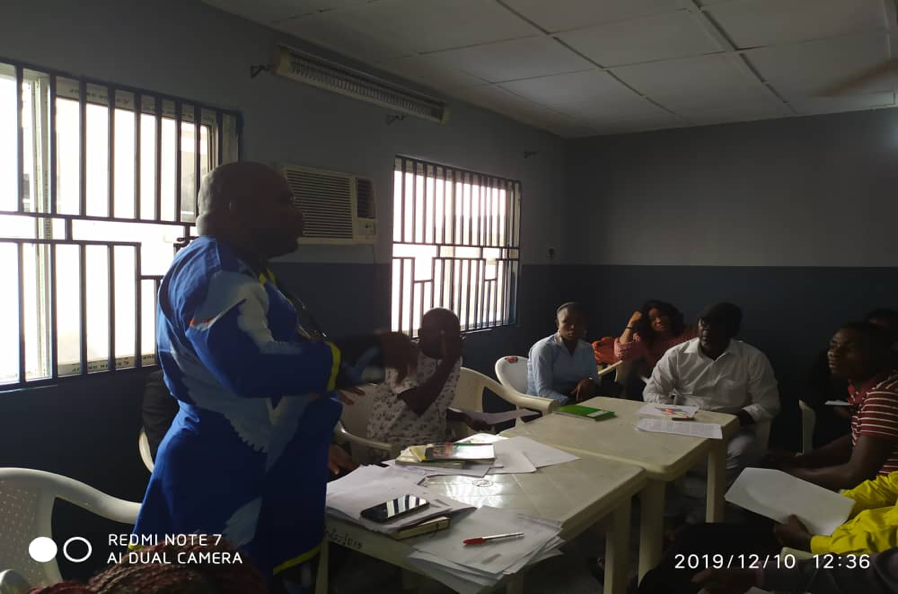 The Coordinator of the Civil Rights Council Barr. Arochukwu Paul Ogbonna explaining the significance of the International Human Rights Day

Barr. Charles Edward Obiora, the guest speaker delivered an exhaustive lecture titled “An Appraisal of the Legal Regime for the Enforcement of Fundamental Human Rights in Nigeria”. He lectured briefly on various international and national human rights instruments including the Universal Declaration of Human Rights and then went on to give an extensive analysis of the provisions and socioeconomic implications of the African Charter on the Human and People’s Rights (Enforcement and Ratification) Act and Chapter 2 and 4 of the 1999 Constitution of the Federal Republic of Nigeria.

Barr. Charles Edward Obiora, the guest speaker delivering a lecture on “An Appraisal of the Legal Regime for the Enforcement of Fundamental Human Rights in Nigeria”

While still focusing on the human rights regime in Nigeria, Barr Christopher Mercy presented a paper on the right to development titled “Nigeria’s Human Rights Regime and the African Charter on Human and People’s Right”. The paper which focused on the social, economic, cultural rights guaranteed by the African Charter also stipulated the legal means for enforcing those rights through the Fundamental Rights (Enforcement Procedure) Rules, 2009. From her presentation, she clarified the position of the law on the right to development and the non-justiciability of the socioeconomic rights in Chapter 2 of the 1999 Constitution.

The lectures were followed by an engaging question and answer session that got members asking thought provoking legal questions.

Mr. Sebastian Kpalap, the president of the Civil Rights Council closed the workshop with words of encouragement for the members of Civil Rights Council to stay true to the cause even in the face of harassment and intimidation by persons who stand against the progress of the common people.