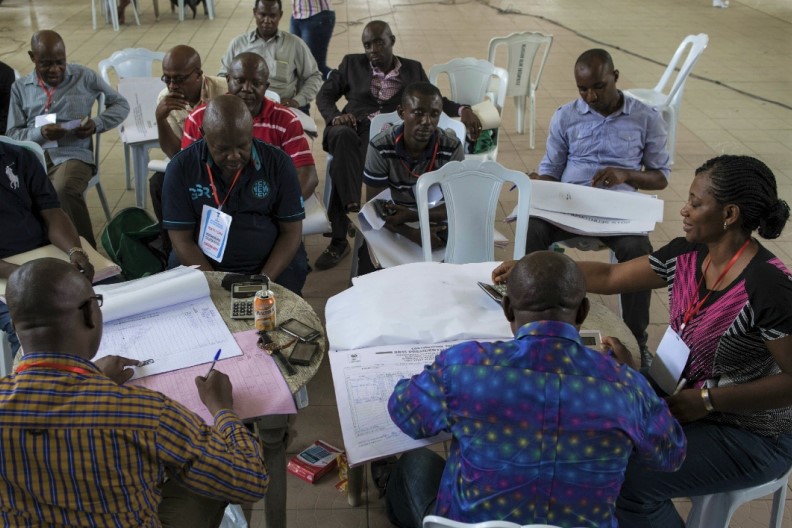 Elections remain an integral process within any democracy which provides opportunities for citizens to define and decide the future of their country. For this to happen, elections must, not only be credible but also seen to be credible, to deliver the goods of democracy, affirm the legitimacy of political institutions and improve the levels of trust in elected representatives. But the opposite is the case in Nigeria where the “elected” lawmakers are averse to transparent elections through electronic transmission of results.

The orchestrated plot against the digitization of Nigeria’s electoral process and credible elections in Nigeria by the 9th Assembly has received public condemnation. Several sections of the Amended Electoral Act are replete with self-seeking efforts aimed at undermining Nigeria’s democracy and eroding the gains thereof. The controversial Section 50 (2) of the Electoral Act provided that the Commission shall not transmit results of elections by electronic means. Also, in section 52 (2) that requires transmission of election results to get clearance from Nigerian Communication Commission-NCC, is a treacherous plot to expunge the possibility of conducting free, fair and credible elections and in effect strip INEC of its supposed independence by outsourcing its roles to Nigeria Communication Commission-NCC. By stipulating in the new provision that the position of the NCC will have to get a final confirmation from the National Assembly before the electronic transmission can go ahead is like giving freedom with the right hand and retrieving it with the left. This provision is suspicious and unfortunate, considering that INEC has previously stated its determination to deploy electronic voting, which would include the transmission of results via electronic means and have demonstrated that ability with the conduct of the gubernatorial election in Edo state where results were transmitted electronically, in addition to the conventional manual methods.

To further destroy the chance at achieving credible elections in Nigeria, while testifying under oath before the House on the adoption of electronic transmission of results from the units, a representative from NCC, Ubale Maska deliberately misinformed Nigerians, by claiming that according to the 2018 Technical Report of the NCC only about 50% of the polling units had 3G while 49% had 2G network and below. His statement is misleading and false, this is a subterranean effort and one that is frowned at and should be punished. The statement of the official of NCC negates the Nigerian National Broadband Plan 2020-2025, page 33 that states that by September 2019, the “Spread of 3G/LTE” had reached 74.2 percent in Nigeria. Nigeria’s internet penetration presently is high, with over 104 million internet users according to Statista.com, this is projected to improve with additional 40 million users in less than five years. The officials from NCC knowingly made misleading and sub-truth statements under oath and this is a crime that must be taken very seriously because the destiny of over 200 million Nigerians depends on the trust and credibility of such statements and reports.

Social Action is deeply concerned about these anti-people and anti-democracy efforts cum decision by the legislature and a public institution like the NCC aimed at derailing the democratic process of the country. We therefore, demand that the President, Muhammadu Buhari withhold assent to the bill as the Amended Electoral Act does not reflect the will of Nigerians. The President should ensure that the Amended Electoral Act reflects what Nigerians want. There should be congruence between laws, policies and the demands of Nigerians. The President should not allow retired politicians who have made the National Assembly their sanctuary to continue churning out laws that stands in contrast to the will and want of Nigerians. No doubt our electoral system needs radical overhaul, but it must necessarily reflect the will of the people.

We also call on the Inspector General Police to investigate and prosecute the said officials of Nigerian Communications Commission, for lying under the oath on the possibility of electronic transmission of election results, even when INEC came out to say it has capacity to transmit election results electronically. Such false statement has the power to tip the scales of justice and dramatically alter the trajectory of Nigeria’s democracy and ultimately the destiny of over 200 million Nigerians.

The unfolding and undeniable political consequences of these widespread anti-democracy disruptions in the Amended Electoral Act are enormous and must be addressed immediately. It is the duty of everyone, including the executive, legislature, judiciary and the public to take decisions that would have a positive impact on the political fortunes of Nigeria, as well as ensure the credibility of electoral processes.