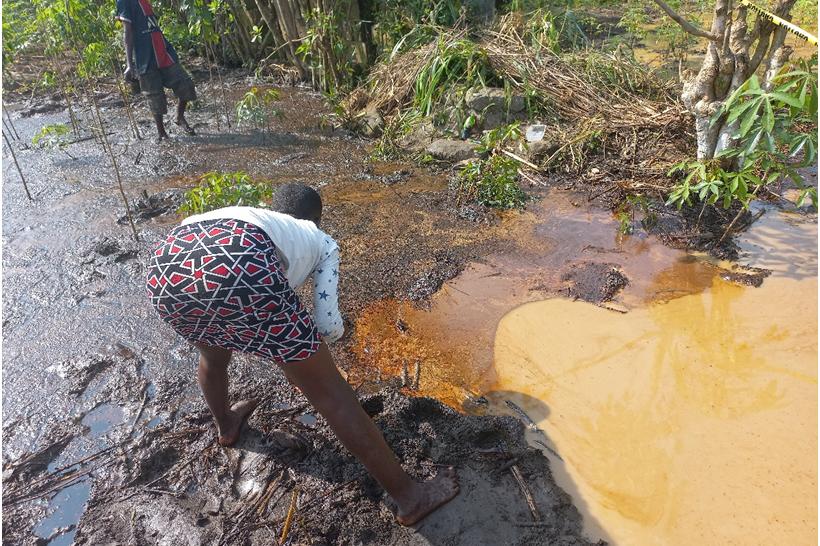 In the early hours of Tuesday 2nd August 2022, the residents of Bodo city in Gokana Local Government Area of Rivers state were thrown into pandemonium owing to the occurrence of fresh oil spills in the area from one of the shell pipelines that conveys crude oil to Bonny through the community.

Social Action’s Team led by Comr. Green Isaac, Comr. Sebastian and accompanied by 2 newsmen from both Classic FM and Wave FM visited the area to ascertain the extent of damage of these spills and determine the response of Shell Petroleum Development Company and the Government agencies saddled with the responsibility of responding to oil spills.

Upon arrival, the following were observed.

While we were stillat the site of the spill a,  JIV team arrived to investigate the cause of the spill. According to representatives of the Bodo Community on the JIV team, at the end of the investigation it was revealed that the spill was as a result of equipment failure and not sabotage by third parties.It is also on record that the ruptured pipeline was laid over 70 years ago and since then has never been serviced nor replaced according to international best practices which recommends either replacement or servicing every 25years after being laid. This is one of the many oil spill situations in Ogoniland and many parts of the Niger Delta which has been neglected and treated with levity by the multinationals in collaboration with the Nigeria Government. 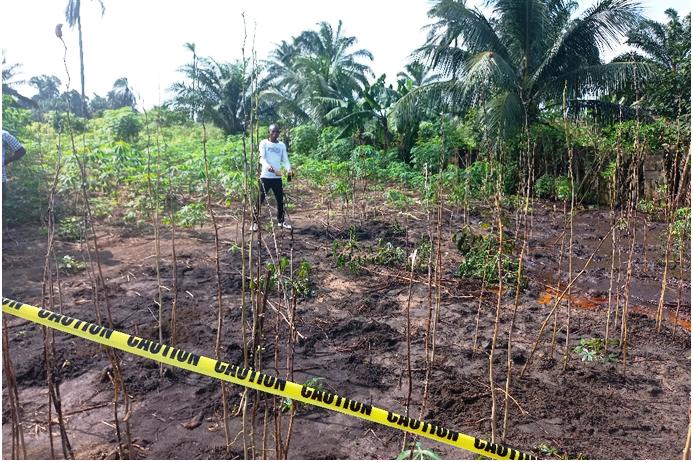 one of the ruptured points boiling

A portion of ravaged farmlands and frustrated villagers scooping from the spilled oil around the farm.

One of the farmlands filled with the oil spill

Mr. Baridoma Kpee demonstrates how real the crude is from the scooped spill remains in the farmland while venting his frustration about his crops. 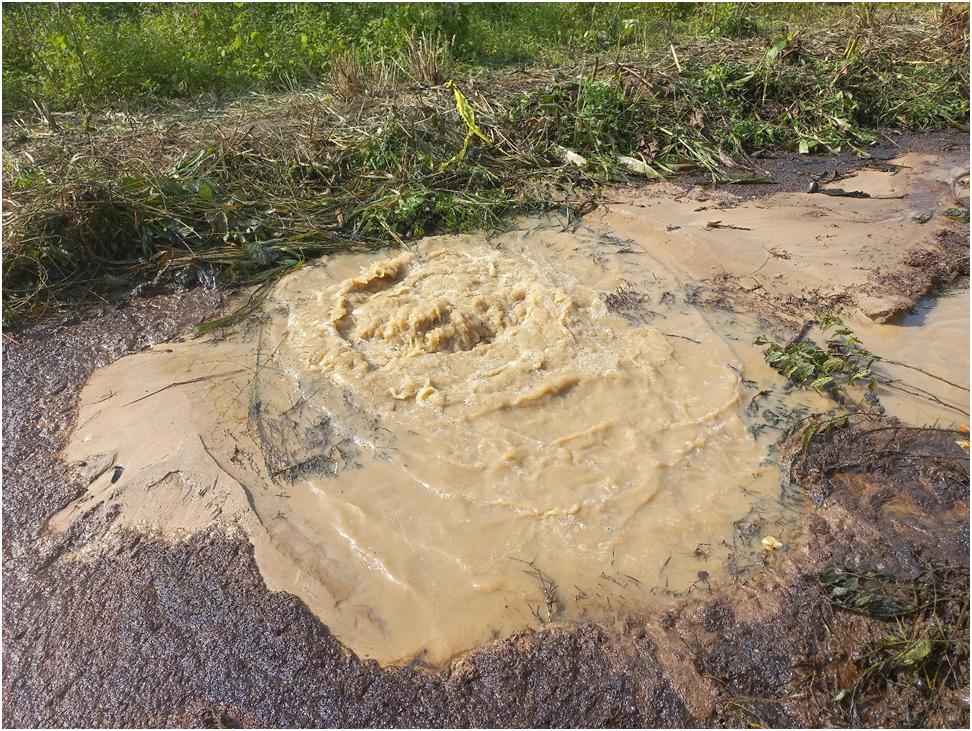 Above shows the level of Damage done to farmlands and crops destroyed by the spill.

The picture here shows the ruptured pipeline that caused the spill. This also shows that the pipe is obsolete and needed replacement. It also shows that more of this type of spill will occur in future.