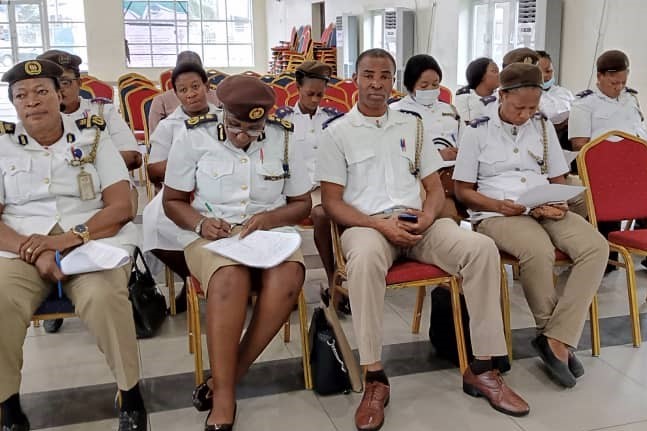 The Civil Rights Council has admonished the Port Harcourt City Local Government Council on the consideration of the constitution and the respect for the rights and interests of the citizens in the formulation of a by-law in the local government. This submission was made at the public hearing on a bylaw to prohibit the indiscriminate disposal of waste and other environmental offences in Port Harcourt City Local Government Area of Rivers State organised by the Council.

Making the position of the CRC known at the hearing, Bar Arochukwu Paul Ogbonna, National Coordinator of CRC, frowned at Section 4 which debars citizens, who suffer injury from sanitation officers or law enforcement agents in the cause of implementing sanitation laws from instituting any civil action. He warned that this provision, which requires aggrieved persons to first seek and obtain the consent of the Attorney-General in writing before instituting any civil action, gives unlimited powers to sanitary officers to deal with the citizens recklessly. He noted that the bureaucratic process of obtaining the Attorney-General consent could be challenging and recommended the abrogation of the provision as it impedes the fundamental rights of the citizens

In other sections of the bylaw, it is the position of the Civil Rights Council that the liability of a passenger in a bus who has indiscriminately disposed of waste should not be put on the driver given the principle of actus and mensrea that governs criminal proceedings globally. The CRC also contended that power should be given to law enforcement agents to enforce the legislation without having the authority of the Local Government first in writing. For ease of administration of the law, law enforcement agents like in every other circumstance in our country should enforce the law in the face of the violation of same.

Earlier in his opening address, the Leader of the Legislative Council said that the bill is designed to check indiscriminate and reckless dumping of refuse by members of the public along the streets and gutters of Port Harcourt City Local Government Area and curtail the bigger environmental issues caused by corporate bodies and big businesses in Port Harcourt City Local Government Area. He noted that the city has become very dirty of late, leading to a lot of environmental hazards and degradation. He expected that the bill, when passed into law, would provide a legal framework to enforce and regulate the use of the environment in the disposal of waste by both individuals and corporate bodies.

Figure 2 Comr Arinze, President Port Harcourt CRC and cross section of the attendees at the hearing

Other contributions to the bill came from the Sanitation Marshals in Rivers State and the Rivers State Waste Management Agency who questioned the necessity of the bill owing to already existing legislations like “public health law, the Rivers State Waste Agency Management Law 2014, the National Environmental Health Practices Regulations and Dumping of Waste in Public Place Prohibition Law of 2020. They specifically pointed out Section 9 and Section 13 of the said Bill which, they contended, conflict with the Rivers State Legislations and advised the legislatures to direct their energy to some other vital issues requiring legislative attention.
Presentations were also made by Port Harcourt City Local Government Area Sanitation Committee, representatives of Tere-Ama, Ukukalama, Somiari and Fimie communities.