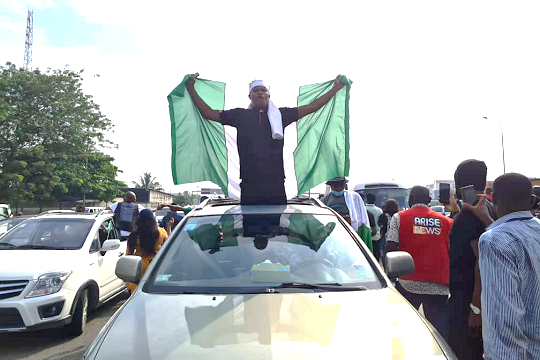 The bottled-up anger of many youths against the Nigerian Police Special Anti-Robbery Squad, popularly known as SARS, was a major driver of a series of protests that rocked many major cities in Nigeria in late 2020. The #EndSaes protest that materialized into a movement, even though it never had a central leadership, had thousands of youths in different parts of the country come out to lend their voice against police brutality and the call for the scrapping of the special unit. The youth also called for the reform of the police and an improvement of the remuneration and working condition of officers.

The youths embarked on a mission to take back their country from the political leaders whose system of government did not serve their interest or reflect true democracy. The protest led to the immediate disbandment of SARS to be replaced by the Special Weapons and Tactics team (SWAT). This intensified the protest, as it gained global attention with some popular celebrities also becoming part of the protest. On the 20th of October, the Nigerian government, ostensibly, at the behest of the Lagos state government, sent security agents who opened fire on the peaceful protesters. The crackdown was followed by the destruction of properties as several shops and malls were vandalised and destroyed. The media reported that the peaceful protest had been hijacked by unscrupulous elements and had, therefore, lost its purpose. The protest suffered a brutal end as most states declared curfews to curb the wave of violence and destruction that had engulfed major cities in Nigeria. 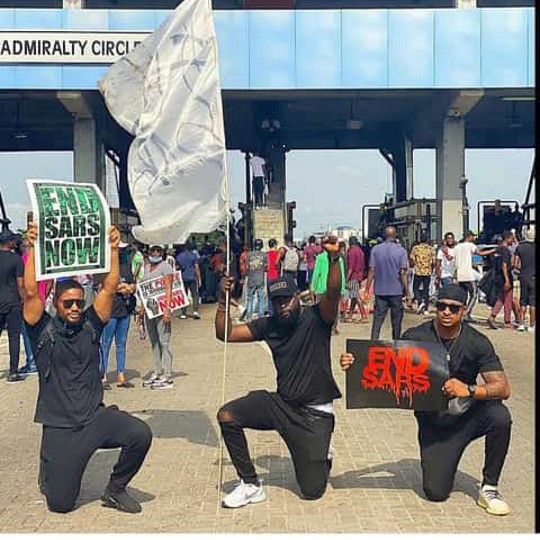 Pictures from the end-sars protest one year ago

This led to the setting up of the Panel of Inquiry in 26 states across the federation requesting members of the public to submit memorandum of incidents of brutality and human rights violation against them by the Police. The panels were inaugurated and held hearings as people came to testify and state their grievances and tender evidence of police brutality before, during and after the protest.

The panels which many Nigeria expected would bring a glimmer of hope, suffered several setbacks as very few victims could say that justice have really been served. Compensations were, no doubt, given to some of the victims but the perpetrator of these crimes still walk freely on the streets and even commit more crimes. Sadly, but truly, compensation cannot translate to justice. One year after, and only the panel in Lagos State have been able to submit a report to the government and none of the reports is yet made public

One year after, the Nigerian Police is yet to be reformed as Nigerians cannot testify of any change from what policing was and what it is now. The denial of the killing that happened at Lekki tollgate continues and the governments have refused to take responsibility. One year after, the social-political and economic situation of the country has suffered concrete blows as Nigerians still live in abject poverty and survival is becoming a mirage. Nevertheless, the tale of those who lost their lives and the pains of those who suffered brutality tell the real story even as youths engaged in a car procession to commemorate the killings. Unfortunately, and characteristic of the Nigerian police, instead of providing protection for the peaceful protesters, they were tear-gassed and arrested for daring to come out to identify with the #endsars commemoration. Some were even arrested for taking photographs and videos of the event. The press was barred from freely covering the events and some had their cameras seized. This shows the intolerance of this government to opposing views and repression of citizens’ rights of association and speech so long as it does massage the ego of the government.

We, therefore, call on the government to reconsider its stance on dissenting views, and its deliberate actions aimed at stifling citizens voices and constriction of the civic and media space. The hallmark of a democracy is the protection and projection of the rights and privileges of the citizens including the right to dissent and not the repression of free speech in the phoney guise of national interest.