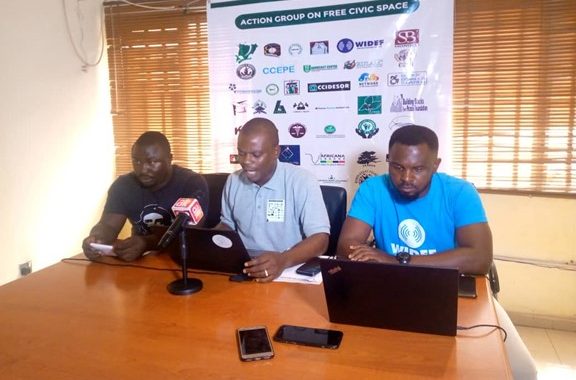 As part of the activities to mark the first anniversary of the 2020 #ENDSARS protests against police brutality in Nigeria, Social Development Integrated Centre, Social Action participated in a press conference organized by the Action Group on Free Civic Space (AGFCS).
The event which was held in Social Action’s Conference Hall, Abuja on the 20th of October, 2021 created a forum for civil society organizations, members of the press as well as concerned citizens to commemorate the anniversary of the Lekki Tollgate killings, deliberate on the significance of the #EndSARS movement and the continuous shrinking civic space in Nigeria.
Speaking at the event, one of the panellists, Comrade Oladimeji Macaulay lamented the increasingly repressive civic space of the country. In his view, the incident at the Lekki Tollgate in 2020 and many others is proof that Nigerians do not enjoy their fundamental rights. The right to protest is a constitutional right under Section 38 through 42 of the 1999 constitution of the Federal Republic of Nigeria. Sadly, as evident in the Lekki Tollgate protest, peaceful protesters were arrested, detained and even killed by security agents yet, no one has been held accountable. “We hereby demand the immediate arrest and speedy prosecution of every person responsible for perpetrating the horrid crime of police brutality in Nigeria and most importantly, the murderous attack of October 20, 2020”, he stressed.

Comrade Godwin Kingsley of World Impact Development Foundation, WIDEF urged the masses to demand a complete reformation of the Nigerian security system and ensure the culprits of the Lekki Tollgate Massacre are brought to book. Responding to the issue of contracting civic space, Comrade Kingsley said that the Nigerian security agencies use several tactics to stiffen the activities of Civil Society Organizations and the public who campaign against bad governance. Kingsley explained that a joint research on “#ENDSARS: Police Brutality, Protests and Shrinking Civic Space in Nigeria” revealed some narratives that have aided the clampdown of the civic space. The institution of stringent operational and regulatory procedures by the Nigerian government, negative perception and smirk campaign against CSOs that receive foreign funding, illegal arrests and detention of civil society activists among others were highlighted by the Comrade. He however assured the media and the general public that AGFCS is resolved to provide a suitable environment for well-meaning youths and the press. 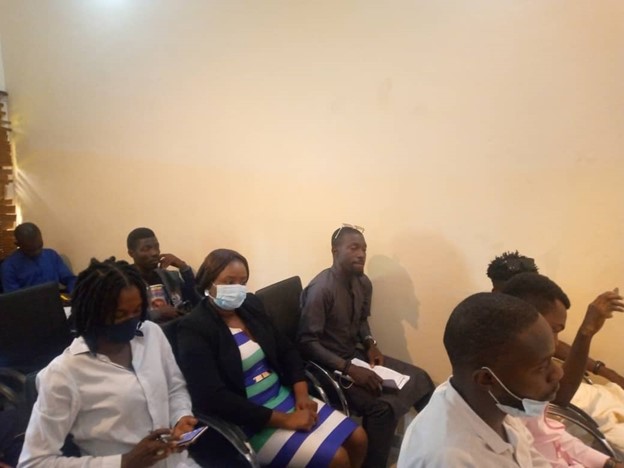 Figure 2: Cross-section of participants at the event

Moving forward, Comrade Rafiu Adediran Lawal a representative of Building Blocks for Peace Foundation assured participants that the #EndSARS Movement is not an event that ended last year but a process. This process, he explained, will continue till young people of Nigeria are treated right and there is a complete reformation of the executive system of government. He, therefore, encouraged all present to take the message of transformation home.
At the end of the event, a press statement was released and the following demands were made to the Federal government of Nigeria,
• That the government recommit to its primary obligation to citizens by bringing to book all erring security officers indicted at the various Judicial Commissions of Inquiry
• Restore hope in victims of Police brutality by fully implementing the recommendations for compensation submitted by the Panels
• Divorce itself from the undemocratic and despotic inclination to target and oppress individuals, activists, dissenting voices and civil society when they speak up, advocate for accountability from the government and organize lawful demonstrations
• Engage in dialogue with all aggrieved parties and all stakeholders to chart a new path to resolve the insecurity challenges and ethnic discontent that ails the country
• Release all #EndSARS protestors still unlawfully imprisoned for daring to challenge an oppressive status quo
Social Action joins Action Group on Free Civic Space and other Civil Society Organizations to demand an open civic space. We urge the Federal government to prioritize the protection of human rights and ensure that the victims of the #EndSARS protest get justice. We say NO to clamp down on the press, NO to Police Brutality and NO to Human Rights Violation.