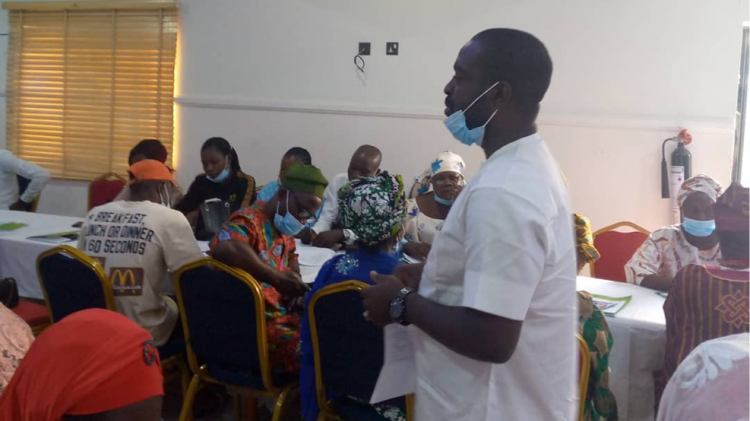 As part of the series of activities to strengthen community voices for Local government service delivery and autonomy, Social Action on the 23rd and 24th of June, 2021 organized a capacity-building workshop in Ado- Ekiti, Ekiti state. The workshop tagged, “Needs Assessment for Community Development and Service Delivery” was organised to address key issues that have hindered the effectiveness of the local government. The workshop provided a platform for CSOs, NGOs, Community Chiefs and People Living with Disabilities (PLWD) to deliberate on the topic and create a strategic work plan to hold Local government accountable to its people.
Speaking at the event, Senior Programs Officer of Social Action, Prince Edegbuo emphasized the need for an autonomous and independent Local government. According to him, no development can occur in the communities until the Local Government breaks free from the shackles of the state. The local government must have its financial freedom to reduce redundancy and make it easier for the communities to probe into their activities. 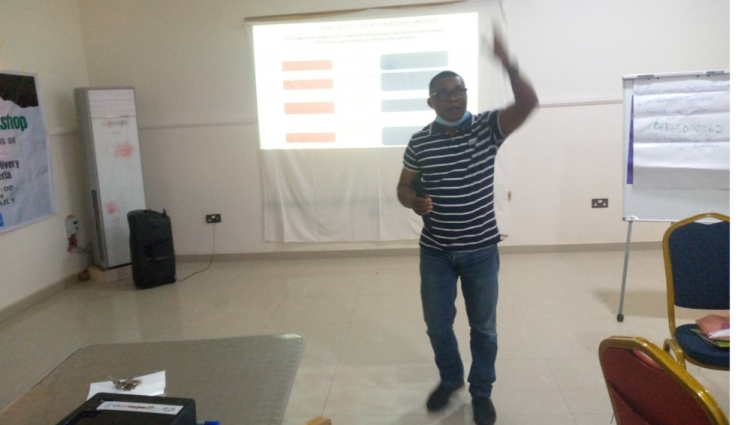 A discussion on the significance of the local government further enlightened the participants on the duties of the third tier of government towards them. Resource person, Frankling Olaniju who gave the discourse urged the participants to collectively advocate for their rights. He stressed the importance of collective legal actions of common interest as opposed to individual actions. Bringing to limelight the provisions of Section 7(1) of the 1999 constitution as amended, Frankling noted that the law has caged the local government. The provision confers too much power on the state assemblies over the local government councils to the extent of financing its activities. He, therefore, urged the participants to join in the clamour of a financially independent Local government. In doing this, they would be rendering their service to governance. According to him, “It is the duty of the masses to ensure governance work for all”. 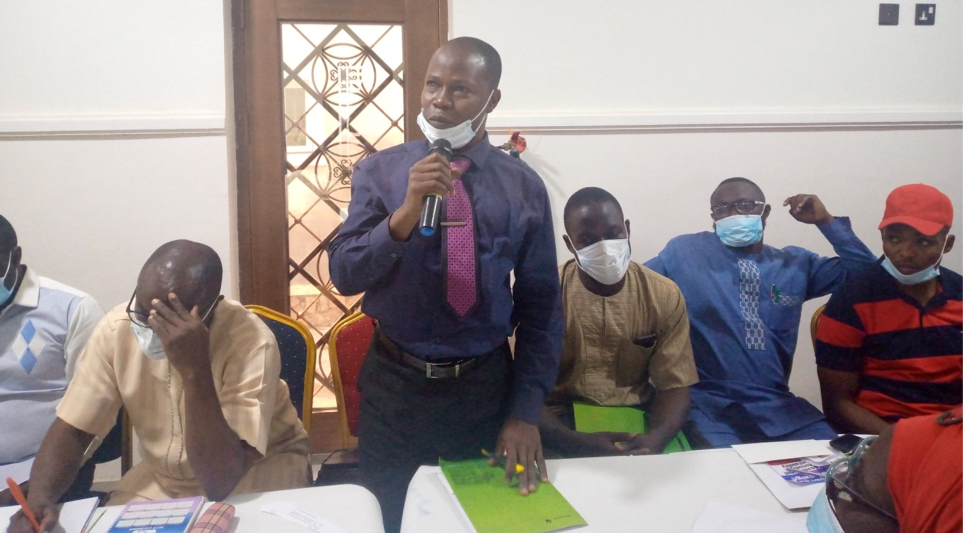 Interactive Session at the workshop

Programs Coordinator, Social Action, Botti Isaac further engaged attendees on the need for a participatory budgeting system. Botti argued that citizens must be aware before any project is allocated to the community. Having noted that the budget process is flawed, he posited a bottom-top approach. The citizens must first identify their needs before a project is awarded and such project must be tailored to meet their needs. He reinvigorated the zeal of the participants by assuring them of Social Actions support toward the good of citizens at the grassroots level. As an organization, Social Action would provide needed assistance to ensure proper monitoring and tracking of Local government offices.
Participants expressed their willingness to engage the local government and ensure their needs are met. During the group workshop coordinated by Bukola Adedeji, work plans and agenda were set. Attendees discussed and agreed on ways they intend to mainstream gender and ensure there is social inclusion of all groups in their organization. Participants expressed their resolve to collaborate with Social Action and ensure the program meets its objectives.