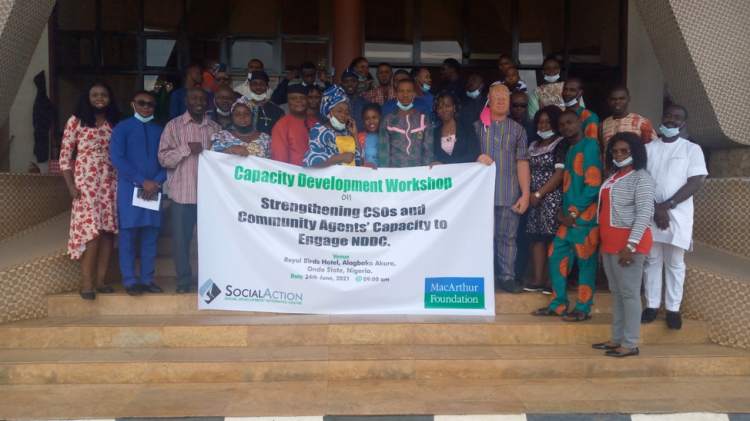 As part of an ongoing programme to institutionalize probity in the operation of the Niger Delta Development Commission, NDDC, Social Action launched the Strengthening Civic and Community Actions Against Corruption in NDDC campaign. The project, supported by MacArthur Foundation, seeks to strengthen community agency and Civil Society Organizations (CSOs) in the Niger Delta region to advocate for transparency and accountability in the management of public resource by the Niger delta Development Commission in order to advance effective service delivery in the region.

Speaking at the event, Social Action’s Programes Coordinator, Isaac Botti in his opening remarks noted that Ondo like other oil-rich Niger Delta states suffer significantly from the level of impunity by the Commission due to lack of critical checks and effective oversight by due process institutions as well as poor citizens engagement. He noted that funds for development projects that would have improved the lives of the citizens most times end up in the private pockets of public office holders and assured them of Social Action’s support as they set agenda and work plan for engaging NDDC 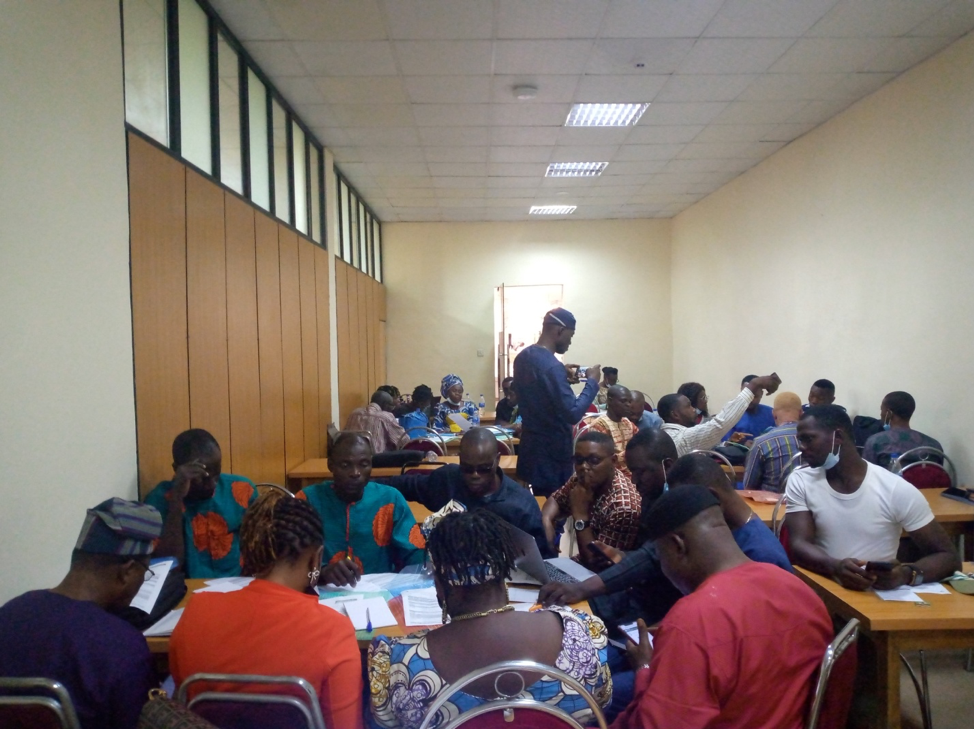 While taking the participants through “The NDDC Mandate”, Senior Programs Officer of Social Action, Prince Edegbuo lamented the cronyism and fiscal recklessness that have permeated the Commission. According to him, the Commission established in 2000 has failed to deliver on its mandate of ensuring development of the Niger Delta region. He therefore charged the people to make use of the power of their voices and probe the Commission as it is citizens’ duty to ensure development occurs in their region.

Mr Franklin Olaniju a facilitator at the workshop, urged participants to pick up a campaign on the openness of the NDDC budget after the training session. He assured Social Action team members that groups within Ondo would work to ensure that the issues raised during the training are effected. He acknowledged that now is the time to speak up and demand for an effective structure of NDDC. 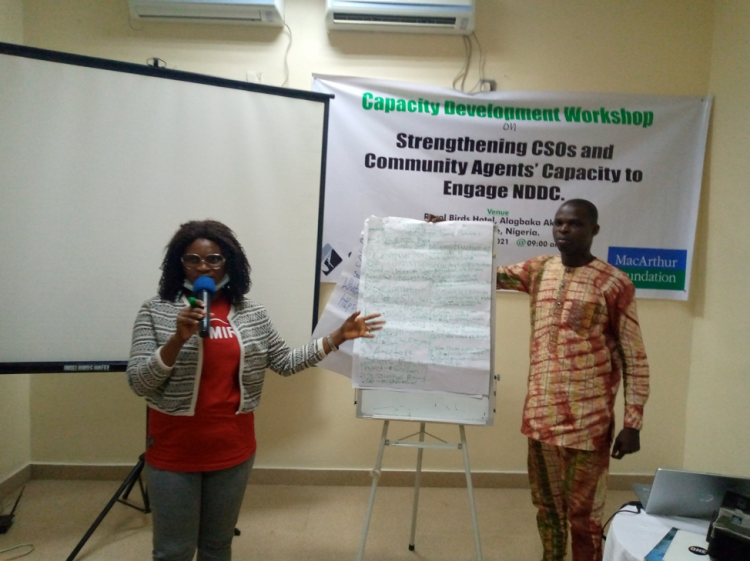 Presentation of outcomes of strategic session

Participants who decried the appalling spate of NDDC projects across the states expressed their resolve to increase the volume of their agitations against the Commission and ensure they are held accountable. During the group session discussion, agendas were set. CSOs, NGOs, PLWD and other community groups present at the work shop were determined to get the 2020 NDDC budget, engage in advocacy visits to NDDC, amplify media reports, mainstream gender and include all social groups in their projects as well as to track and monitor all NDDC project.