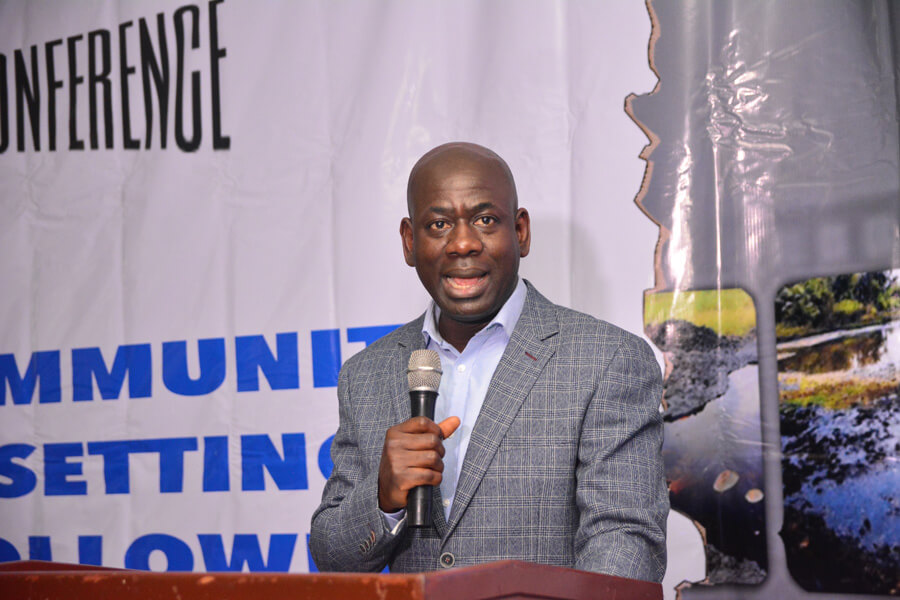 It is my pleasure to welcome you to the Nigeria Resource Justice Conference, 2019. I recognise the sacrifices that you have all made to be in attendance today. These are challenging times for residents of the Niger Delta area. In my communication with invited representatives of communities ahead of today’s conference, many expressed concern about travelling to Port Harcourt through the East-West Road due to the high level of banditry, kidnappings and killings recorded in recent weeks. Indeed there is a heightened feeling of insecurity in Rivers State and other Niger Delta communities, as elsewhere in the country. The situation may have gotten worse in the buildup to and the aftermath of the 2019 General Elections. It would seem that twenty years after the restoration of civilian rule in Nigeria, we are experiencing worsening human security conditions in this resource-rich region.

When a country or state, irrespective of the political system in operation, fails to protect the rights, livelihoods and security of its citizens, then we have a crisis. What do we do to address the crises that confront us today as a country and in the sites of petroleum extraction in the Niger Delta region in particular?

Twenty years ago, as Nigeria was transiting from military dictatorship to civilian rule, the most pressing challenge for the new federal administration was the ecological, human rights and livelihood crises in the oil-bearing Niger Delta region of the country. The members of communities in the Niger Delta region have borne the negative impacts of petroleum extraction. The oil companies operating in the area have historically operated most recklessly. The oil companies have spilled more crude oil into the natural environment and flared more associated gas here than in any part of the world, resulting in the destruction and degradation of fishing and farming livelihoods and the increase in diseases and deaths.

Community resistance from the 1990s

The 1990s witnessed the escalation of conflicts between the Nigerian state and petroleum-bearing communities. The oil companies, working with the military regimes at the time, waged a campaign of repression against the community victims of pollution. In our midst today are representatives of the Umuechem community whose plight exemplified the Niger Delta predicament. In 1990, the members of Umuechem community organised a peaceful protest against the pollution of their environment and the destruction of their livelihoods by Shell. The community members demanded alternative means of livelihoods and social amenities such as better healthcare. Shell and the Nigerian government responded by sending the Mobile Police to burn down the entire community and kill everyone that they could find in the community. The soldiers spared not even domestic animals in the community. The only survivors of the Umuechem Massacre are people that managed to escape into the bushes. Though a government enquiry made recommendations for compensation for the survivors, neither the government nor Shell made any restitution. Nobody was charged for the crime, and no one has apologised to the community.

Following the Umuechem Massacre, oil company and government repression of peaceful community resistance continued in Ogoniland where many community members were killed, including the leaders of the Movement for the Survival of Ogoni People (MOSOP). All over the Niger Delta region, communities have suffered different forms of human rights abuses and killings because of petroleum. In some cases, such as Rumuekpe in Rivers State, entire towns have been destroyed due to conflicts engineered by oil companies that paid thugs within the community as the companies tried to prevent the people from uniting to demand compensation for pollution and other deprivations.

As the theme of our conference today suggests, it is essential to review the impact of the democratic transition on the environmental, human rights and development crisis in the Niger Delta region. We note that following the General Elections of 1999 (twenty years ago), community members and others expected robust changes in government and companies’ policies and practices to protect the environment, health, livelihoods and other human rights. However, we find that old problems have persisted while new challenges have emerged, for example, in the form of artisanal crude oil refineries, which have provided employment for some youths while exacerbating pollution and insecurity in the region.

We also note that the federal government, since 1999, has made some policy and legislative changes and created new institutions such as the Niger Delta Development Commission (NDDC), the Ministry of Niger Delta Affairs and the Presidential Amnesty Programme (PAP). We need to examine the impacts of these institutions and programmes.

Meanwhile, in 2011, the United Nations Environment Programme (UNEP) released a report of its Environmental Assessment of Ogoniland. This report, which confirmed widespread contamination of Ogoniland, made recommendations for immediate environmental and social remediation. The community members hoped that the findings would catalyse fast-tracked action towards ameliorating the problems. However, government response in Ogoniland has been slow and tardy.  Elsewhere, there is little or no effort by the federal government to address increasing pollution. Recently, the Bayelsa State Government launched an independent commission to examine the impact of oil spills in the state. What is not clear is what role that state governments could play to address an issue under federal jurisdiction.

What is clear, however, is that all tiers of government – federal, state and local – have not always applied petroleum revenues accountably in meeting the development needs of the area. We need to examine what communities and civic organisations should be doing to encourage better accountability in government – beyond participation in voting during elections.

Petroleum Legislations at the National Assembly

Today, there is still no legislation that bans gas flaring and protects residents even when communities do not have access to electricity which could be generated from flared gas. The reality of continuing gas flaring underscores the failure of democratic institutions to adequately address the environmental challenges faced by communities in the Niger Delta. The Senate, in particular, aborted attempts to pass legislation against gas flaring. Also, efforts to pass the Petroleum Industries Bill (PIB) have failed since 2008 in part due to contentions over rights of communities in sites of extraction. Later, the Petroleum Industries Governance Bill (PIGB), which contains many problematic provisions, was passed by the National Assembly but rejected by President Muhammadu Buhari. Our organisation called on the President to reject the PIGB, which contains many provisions that would undermine environmental regulations and increase corruption in the petroleum sector. Other bills (that were part of the original PIB) that are still pending before the National Assembly include the Petroleum Host and Impacted Communities Bill (PHICDB), Petroleum Industry Administration Bill (PIAB) and the Petroleum Industry Fiscal Bill (PIFB). Part of what we will be doing today is to examine those proposed legislation, particularly from the point of view of the communities, and make recommendations.

Using the law to advance justice

I have earlier made reference to Umuechem, which like numerous other communities in the Niger Delta demand justice. With the historical and continuing failings of the executive and legislative arms of government, oil-bearing communes continue to seek justice through the judiciary with limited results. Communities do not always have the resources for prolonged litigation in Nigeria while a few, often with the support of international NGOs, have attempted international litigation in the home countries of foreign oil companies, with varied results.

Only yesterday, a court in the Netherlands ruled that it has jurisdiction to determine the complicity of Royal Dutch Shell in the Nigerian government’s murder of the Ogoni Nine, leaders of the Movement of the Survival of the Ogoni People (MOSOP) who were campaigning against widespread environmental pollution, and for community self-determination. That ruling opens up possibilities for other victims of pollution and human rights violations. Our second panel today will examine workable options for litigation to achieve justice for community victims in the sites of petroleum extraction.

This Nigeria Resource Justice Conference, 2019 provides a platform for interaction among community members and leaders, citizens groups, scholars, government agencies and elected representatives of the people. Unlike other conferences of this nature, we have organised panels to include experts, activists, agencies and the victims of environmental pollution from the communities.

We hope that participants will have the opportunity to participate in the discussions despite the limited time that we have.

I want to use this opportunity to thank our partner NGOs active in the Niger Delta region and the communities that where our organisation is most active. I will also like to acknowledge the support of the organisation, Development and Peace for access to justice for Umuechem and other communities.

Once again, I welcome you all and hope for fruitful deliberations.