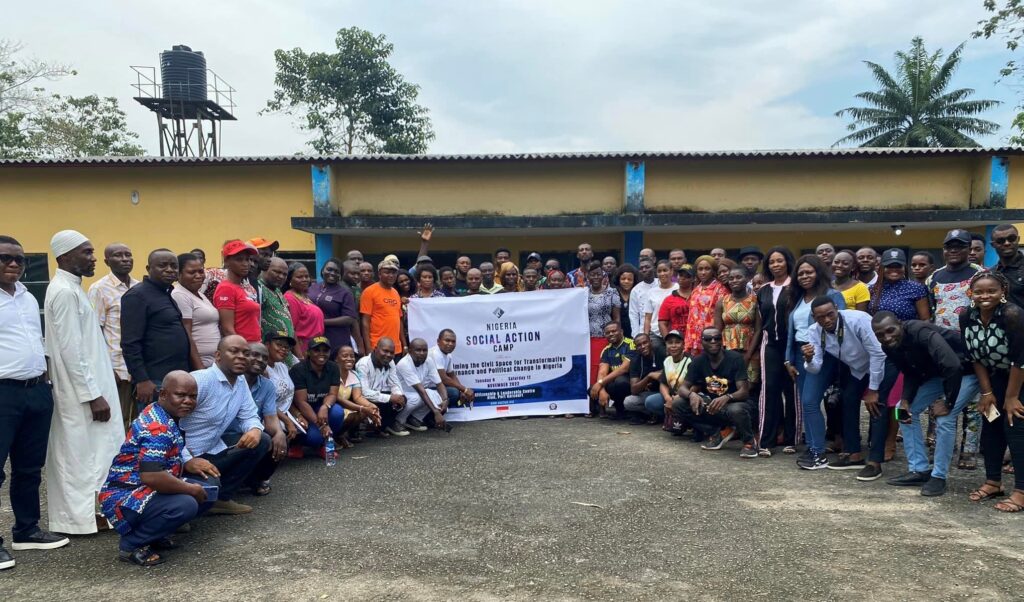 Social Action organised the Nigeria Social Action Camp 2022, with the theme “Reclaiming the Civic Space for Transformative Governance and Political Change in Nigeria”, at the Citizenship and Leadership Training Camp, Aluu, Rivers State, from the 8th of November to the 12th of November 2022.

The Camp, a yearly weeklong programme, is an alternative space for anti-neoliberal political education and solidarity among Nigerians. The camp provides an opportunity for over 100 grassroots members of Social Action-supported Civil Rights Councils (CRCs) from different states of Nigeria and other Nigerian youths to meet and build solidarity to bring about social change in Nigeria. 2022 Camp participants included members of the CRCs, labour union activists, university students, journalists and activist scholars. Camp activities included lectures, workshops, group discussions, film shows, sports and games and other group activities.

The Camp Program commenced with a welcome charge by Professor Sofiri Peterside with a focus on reclaiming the civic space for transformative governance and political change in Nigeria. Professor Peterside x-rayed the concepts of the civic space from various scholarly perspectives and emphasized that in Nigeria, the civic space has come under attack by a desperate ruling class seeking to gag the media, civil society actors, political activists, left elements and social critics. 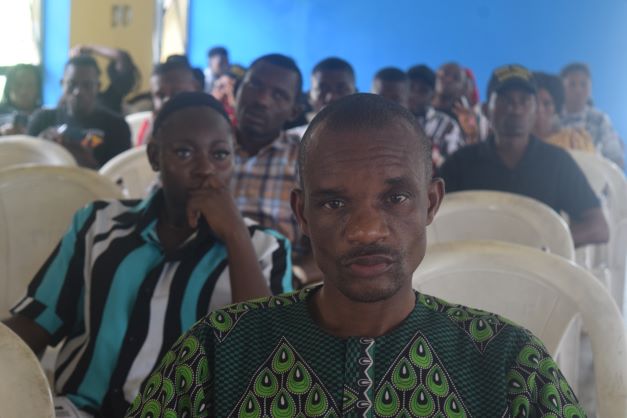 Dr Nelson Okene spoke on the topic, “Identity Politics And The 2023 Elections – Any Hope For Nigeria”. He held that the desperation among the political class to win power at all cost is the bane of development in Nigeria. The hope for Nigeria, he said, would be for civil society actors and pro-left tendencies to begin to champion the cause of national politics with an emphasis on nationhood and national unity.

A lecture under the topic, “Fundamental Human Rights, Procedures and Applications in the Context of The 1999 Constitution”, was delivered by Honorable Justice Simon Amadubuogha, a High Court Judge. The honourable justice carefully examined the fundamental right provisions of the 1999 constitution as amended and the attendant rules of applicability and enforcement under the 1999 constitution of the Federal Republic of Nigeria. With the aid of judicial and statutory authorities, he showcased the attitude of the courts in human rights cases and the special provision in the rules of the courts to give special attention to such litigations when filed before the court of law.

A brainstorming session moderated by Sabatine Kpalap was deliberated by Comrade Omobude Left Agho and Frank Nornobari under the theme: “The Role of Nigerian Youths in the Struggle for Political Change”. Comrade Nornobari, while acknowledging that the Nigeria youths have played a historical role in the struggle for political change, however, maintained that in contemporary times the youths seem to have been co-opted in the structure of the various political parties where they act as state agents and pro-establishment thugs. To redeem this, there is a need for re-awakening the consciousness of the youths to their self-interests. 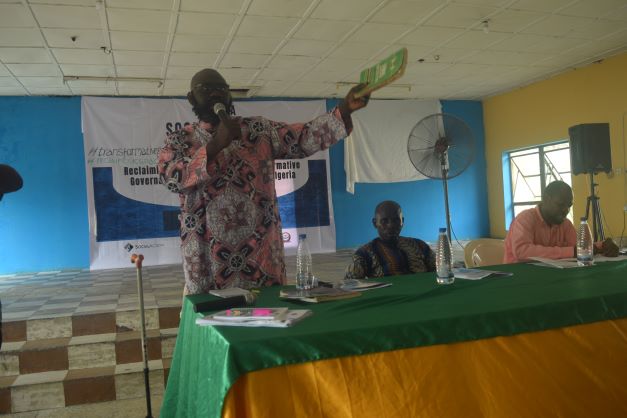 On his part, Sabatine Kpalap emphasized the training of youths and building organizations with adequate conscientization and political education. He believes that such a movement will play a cardinal role in the restoration of sanity and political change in society. Comrade Omobude Agho blamed ignorance on the side of the youths as a major concern.

In a panel section on the topic: “The 2023 Election and The Role of the Civil Society”, Adejoh Sunday argued that civil society has a fundamental role to play in ensuring credible and smooth elections. Beyond monitoring the election, and leading sensitization on various aspects of the election, it is the role of civil society to create platforms for the citizens to interrogate the political actors and aspirants from various political platforms.

The camp also witnessed a workshop on the practical application and use of the Freedom of Information Act 2011 for holding public officers accountable. The workshop section was moderated by Comrade Kelechi and Sabatine Kpalap. Peter Mazzi and Elizabeth Michael also took participants in a workshop on the efficient use of images in story-telling in promoting campaigns and advancing advocacies.

In his various presentations, Comrade Jaye Gaskia took a swipe at the decadent Nigeria ruling class bedridden in political corruption and lack of initiatives. He held that to reclaim the civic space and enthrone transformative governance, the Nigerian youths must organize and ensure solidarity under strong platforms of national movements in order to challenge and contest for power with the ruling class.

Other speakers were Rita Kigbara, Comrade Nyengi, woman rights activists and Barr Arochukwu Paul Ogbonna. They looked at the various statutory and judicial authorities that deal with gender equality, gender-based violence and the right of the girl child to inheritance. Starting from the Nigerian Constitution, which abhors discrimination of any type against the girl child, to Supreme Court judgments and legislations of various State House of Assembly, they spoke on the need to protect the girl child and vulnerable persons. They also lauded the enactment of the Violence Against Persons Act and encouraged its full implementation in order to punish violators and curb or reduce abuses.

The camp came to an end with the National Convention of the Civil Rights Council (CRC). The convention was attended by all the CRC units across the country, and the Convention made very conclusive decisions. Newly created units were ratified, and old executives dissolved in Delta State. The Conference also reestablished Bayelsa, Owerri, Akwa-Ibom and Enugu Civil Rights Council units.