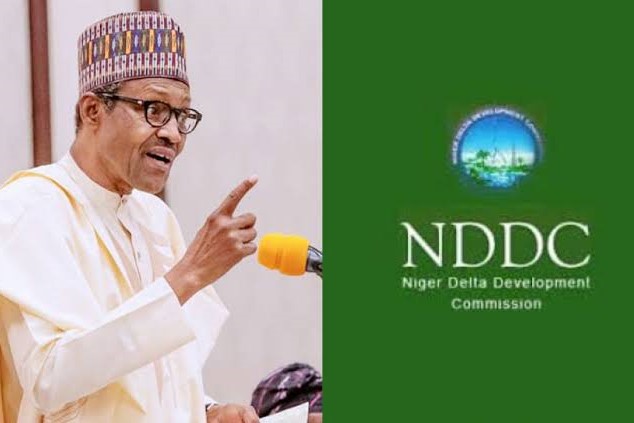 The reoccurring trend of corrupt practices in the Niger Delta Development Commission (NDDC) and the lack of concrete efforts and the political will on the side of the government to tackle these malfeasances have attracted debates from the media, CSOs, and community groups in the Niger Delta Regions.

On the 24th of June, 2022, policy analysts, members of Civil Society Organizations, and relevant stakeholders of the Niger Delta Regions converged on a Twitter Space organized by Social Action and the MacArthur’s Foundation to discuss a holistic approach to addressing the rot in the NDDC.Members of the discussion panel expressed concern about the impoverished state of the Niger Delta region. They noted that despite contributing about 80% of the country’s foreign exchange earnings, the region remains significantly underdeveloped. Worse is that the NDDC, a commission meant to engender development in the region, has become a cesspool of corruption.

Dotun Roy, a development activist and member of the panel attributed the total failure of the Commission to the lack of proper oversight by the Ministry of Niger Delta Affairs and the continuous interim management run by the commission. According to him, the interim management contravenes the NDDC Act and promotes transaction opacity in the Commission. Comrade Roy further called for the publishing of the forensic audit report submitted to the President last year, the prosecution of indicted culprits and the inauguration of a substantive NDDC Board immediately. He charged all present to engage in intensive social media campaigns to demand this change.

Underscoring the need for a deliberate effort to tackle the malignant tumor in the NDDC, the country director of Global Rights Nigeria, Ms. Abiodun Baiyewu, said the masses must be strengthened to demand transparency from institutions. In her message titled, “the cry for courage”, Mrs. Baiyewu charged CSOs to be more determined to demand accountability in the NDDC. She charged all CSOs and NGOs present to be at the forefront of the campaign for a better NDDC. They must be ready to collaborate, engage in peaceful yet impactful protests, and take the litigation option, if necessary, to get the government to reposition the NDDC for effective service delivery. She suggested that more of such media town hall meetings should be held on this issue and a day should be set aside on social media involving all media organizations to demand accountability and transparency in the NDDC.

Noting that the community people play a huge role in tracking and monitoring NDDC projects, the country director urged Social Action and partners to break the information down in languages that the masses would understand. She also emphasized the need to engage the next set of politicians, particularly presidential aspirants, and make them commit to the process, apply an open policy for citizens to know how they would deal with corruption across the country as part of their campaign nuggets and NDDC should be among their campaign statement.

Representing the voice of the Niger Delta Regions, the Executive Director of Better Living Foundation and Capacity, Mrs. Margaret Adedeji, said the people are willing to demand accountability in the NDDC but do not have the full capacity to do so.

Mrs. Adedeji suggested that there should be networking with CSOs and core group discussions. CSOs should go into communities and train the citizens in small sessions on how to demand their rights. She also encouraged Social Action to carry out attitudinal communication change programs at the local and state level, to sensitize the people to stand up for their rights. After such a communication program, an online survey should be developed, shared, and attended to by millions of Nigerians demanding the publication of the Forensic Audit and the constitution of the NDDC Board. This should be used to engage the Senate in the campaign.

Adding voice to the conversation, Mr. Oladayo Olaide of the MacArthur Foundation charged Social Action to do more than Social media campaign but identify groups with similar interests and seek collaboration, engage international communities on the activities of the NDDC, occupy the National Assembly, NDDC, state government office to demand the release of the forensic audit report.

Rounding off the discussion, the Communications Coordinator of Social Action, Peter Mazzi who anchored the discussion promised that Social Action would harvest all suggestions, including comments from listeners, to further the course of the campaign against corruption in the NDDC, and indeed all public offices in Nigeria.