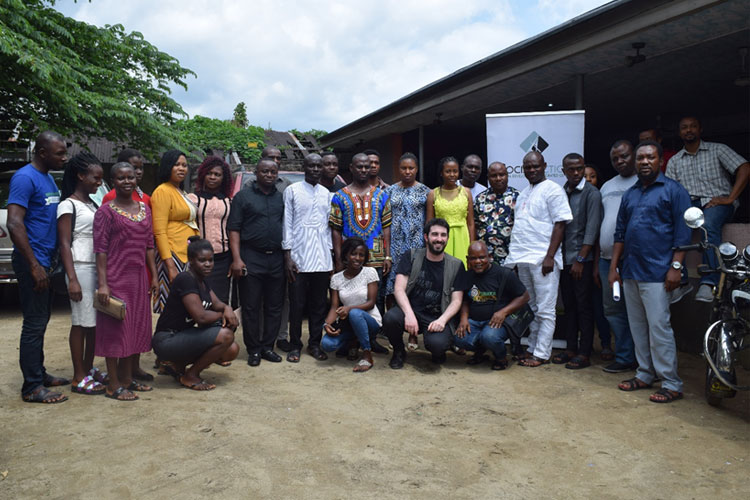 Fyneface Dumnamene Fyneface, Programme Officer of Social Action, gave information on developments around the implementation of UNEP Report on Ogoniland since its release on August 4, 2011. 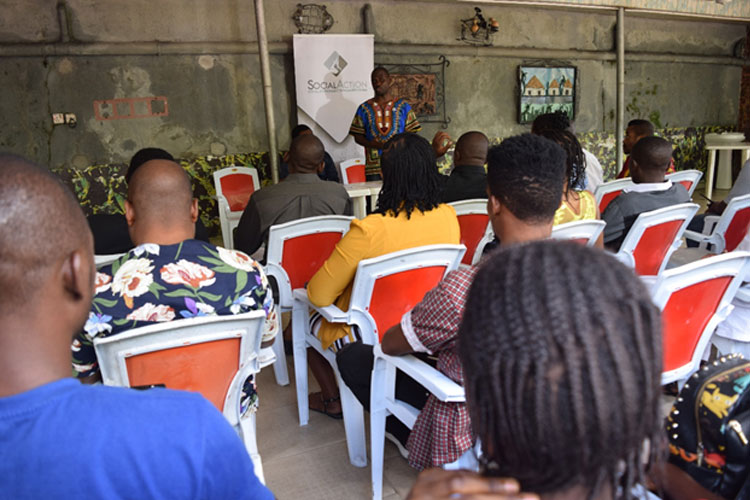 Fyneface speaking at the event

Participants made contributions and asked questions on different issues relating to Ogoni clean-up and general concerns. For instance, Mr. Golden Nwibakpo requested that Social Action takes its sensitisation program beyond Bori to other parts of the six kingdoms of Ogoni to sensitise the people about the UNEP Report and the roles expected of them to play in the process.

Also speaking, Miss Waazor from Bane, Ken Saro-Wiwa’s home town said she is tired of answering questions from women concerning when the clean-up of polluted sites in Ogoniland would start and called on Social Action to do more by putting pressure on the government and HYPREP for the cleanup to begin immediately. Many other participants asked different questions and received responses from Social Action representative, Mr. Fyneface Dumnamene.

The climax of the event was the presentation of a press statement titled “OGONI CLEAN-UP AND FAILURE TO COMMENCE ACTUAL CLEAN-UP IN 2018”, which was covered by media organisations including Quest television, Rhythm 93.7FM, Vanguard Newspaper and LA7 TV, Italy.